Bringing the Language to You 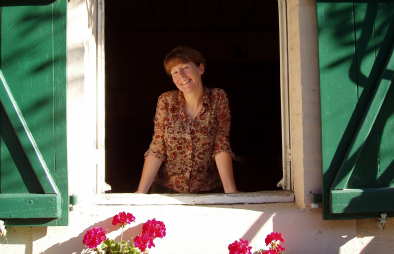 Immersion – otherwise known as throwing yourself in at the deep-end – is commonly agreed to be one of the best ways to acquire a new language. After all, there is no better incentive for speaking French than being faced with a tax bill for your new French property that you don’t understand or having to call in to the Mairie to discuss your planning application with the Mayor.

But just moving to France, or spending vast quantities of time there, doesn’t mean that you will go to sleep with a mere smattering of the language one night, and wake up a polyglot the next. It still requires a modicum of effort. And even more so if you are retired. Because if you are retired, the language won’t come to you.

Let me explain. When you work in France, you have to use French on a daily basis. You are surrounded by people who interact with you only in that language. And no matter what you think of your learning abilities, you begin to pick it up. Or acquire it, as we linguists prefer to say. It’s almost a natural process.

However, if you are retired it’s a different matter. You have to make the effort to go and get the language, even though you are living in France. Yes, listening to French radio, watching French TV, reading French newspapers, it all helps. But, with today’s technology, you can do that in the UK. So to make the most of your immersion, you need to interact with people. Real people. And real interaction. Standing in the queue in Carrefour trying to eavesdrop on the two women in front doesn’t count!

So how do you do it? How do you dip your toe into the waters of this new language? Perhaps the easiest way is to join one of the many societies that will exist in your local area. Like singing? Join a choir. Given that you will spend the majority of the time singing – and often in Latin – it won’t matter if your French isn’t that good. But you will get the chance to converse in French in the break and, most importantly of all, you will get invited to social gatherings based around the choir. Into sport? Join a cycling club. Or a hiking society. I even know someone who joined the local hunt and got to stand around on Saturdays with a rifle and a hipflask, speaking French. They never caught anything as it was in the Pyrénées and required too much uphill effort! But my friend’s French improved dramatically. And don’t forget, if the society is based on something you have a genuine passion for, you don’t need to worry so much about the language gap. You already know the subject in common and this will make conversation a lot easier.

Another option is to volunteer your time. Restos du Coeur [see the newsletter article], Secours Populaire and La Croix Rouge are just a few of the societies that are always looking for help. A morning a week with an organization like this is a great way to get a dose of French into your life – and you are doing good into the bargain!

If neither of these ideas appeal, then try setting up a language exchange. Place an advert on the noticeboard in your local supermarket offering English conversation in exchange for French on a one-to-one basis. Meet once or twice a week – limit it to an hour at first – and divide the time strictly between the two languages. But I’m not a teacher, I hear you say. You don’t need to be. You are simply talking to another person. In another language. It’s relaxed and you set the rules. If you want to focus on pronunciation, you can. If you want to concentrate on fluency, you can. If you want to ask their opinion on the government, you can. (Be prepared for a passionate answer!) It’s up to you. Then, as you get to know your language partner better, organise a few trips. Watch movies and discuss them. Even read books in each other’s language. Before you know it, you’ll be speaking French like a native, and will have made a friend as well. That, for me, is the benefit of true immersion.

So there you have it. Some straightforward ways to improve your French. What are you waiting for? Allons-y!

•Author Julia Stagg writes fiction set in the Ariège region of the French Pyrénées. Her novels, L’Auberge and The Parisian’s Return, are published by Hodder and Stoughton. Her next novel in the series, The French Postmistress will be available in April 2013. Julia is a linguist and language teacher. Visit the author’s website: www.jstagg.com

23 Tried and Tested Tips for Learning French in 2023