Which New French Words Should I Know About In 2020? 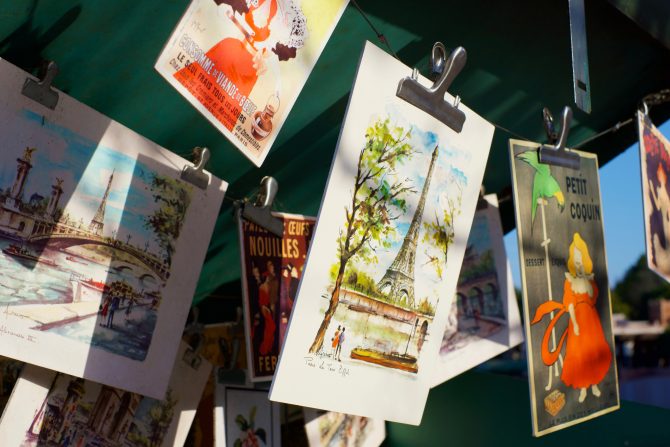 Every year new words and phrases are added to modern languages, often starting as slang and portmanteaux until they are formally adopted into the lexicon. For purists this can cause no end of hand-wringing and angst, but for more progressive linguists it’s a fascinating indicator of the times we’re living in. It can sometimes be tricky to keep track of all of the new words entering into the English language, so for anyone trying to keep on top of French it can be even more challenging! We’ve pulled together a list of our favourite words that entered the 2020 editions of French dictionaries so you can learn the latest vocab to come out of the zeitgeist.

While this word is technically more common in Quebecoise French it’s so clever I couldn’t resist including it! A portmanteau of “divulger” and “gâcher” it literally means “spoil by sharing”, i.e. to ruin a TV show, book or film by revealing plot twists before people have had time to enjoy the story.

While the word “locavorism” does exist in English it’s not exactly in common use. The word describes the act of purchasing and consuming seasonal, locally-grown produce. This is part of a growing ethical movement advocating more a more conscious approach to eating.

Another eco-conscious addition to the French language, this rather fun word summarises the national effort to reduce the number of diesel vehicles on the road. There is no equivalent word in English… yet!

Native French speakers who dislike Franglicised words, look away! This is an import of the American-English word “uberization”, meaning the digital takeover of services by technology in the form of apps, like Deliveroo, Airbnb and, unsurprisingly, Uber.

This isn’t so much a new word as a new definition of an existing one. “Licorne” means “unicorn”, and this has been used in English since 2013 to denote a start-up business valued at over a billion American dollars based on its growth potential.

You may have heard of “burnout”, but what about “bore-out”? This new term, originally coined as a German/English word, refers to the emotional and mental stress one endures when stuck in a very dull job, with boring tasks or a lack of work to do. The word gained prominence in 2016 when French businessman, Frédéric Desnard, sued his employer for causing him bore-out. This phenomenon is also known as “l’ennui profond”.

This neat but troubling word encapsulates the growing digital presence of far-right groups, for example on social media and content hosting platforms.

Another word stitched out of two existing ones, this refers to the phenomenon occasionally called “kidulthood” in English: that awkward phase of early adulthood where one bears numerous responsibilities but still behaves like a teenager.

Originating in a now-viral cartoon, this expression is most commonly translated as “emotional labour” or “mental load” and refers to the physical and mental fatigue experienced by the people most responsible for the maintenance of their home (usually women and primary caregivers).

You don’t need to be fluent in French to take a good guess at the meaning of this one: biodegradable plastic.

Which words have you noticed creeping into conversation in French? Did we miss your favourite French neologism? Let us know

Previous Article Buying Hotspots: Vence
Next Article Own a Luxury Apartment in the French Alps