Lot-et-Garonne: ‘my heart is in Castillonès’ 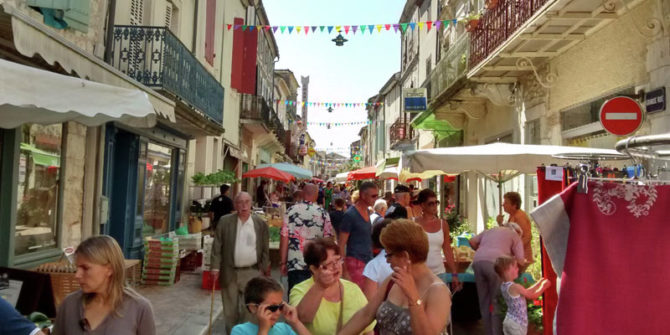 Tony Bennett only left his heart in San Francisco because he hadn’t been to Castillonès first. The Lot-et-Garonne village may not have the international renown of the Californian city, but visitors are drawn back to it year in, year out.

I’m one of them. Castillonès has rekindled my love affair with France. I went to university in Brittany and I have worked in Paris, and I know France fairly well, but there’s something special about this corner of the south west.

The rolling hills, the weather, the wines, the food – they are only part of the story. There’s a history here, too: one that now brings the British and French together in harmony, rather than in war. Things were very different 800 years ago when this bastide village was built.

Now, the deep, stone arcades around its central square echo with chatter, as people enjoy the day’s specials from one of the village’s restaurants. There are all types of cuisine available in the village – from fine dining in the walled garden of the local hotel to a takeaway pizza parlour, and everything in between. 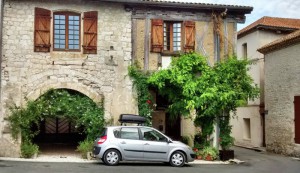 I first saw Castillonès on a frosty winter morning and was captivated. Its appeal is that it is a working village. Even a quick glance around reveals the butcher in deep conversation with a customer or the florist delivering a generous display. There’s a market every Tuesday, where the smell of cheeses and flavoured olives fills the air, but you can also buy essentials such as a mop or a spade.

On market day the village is especially full, but it has a quiet business to it the rest of the week too. The mairie has been adept at supporting activities – from moules frites nights to concerts in the square. Villagers and tourists clamour for a seat at the open-air shows each week during the summer.

People, of course, are at the heart of what makes the village. From my first day, the villagers have been polite, but Bastille Day festivities helped me to make friends there. This group of locals and Britons has made me part of their circle. In return, I sometimes get called upon to act as the interpreter between the two groups.

Christmas will be the next time I can get away. I could kid myself that I might spend it in San Francisco, on a tram heading to Pier 39 or on the Golden Gate Bridge, but I won’t. I know where I’ll be. My heart is firmly in Castillonès.

Graham Welch became a committed Francophile while studying in France. He now runs the website A Year in Périgord.com.