First published: 14th May 2015 by FrenchEntrée 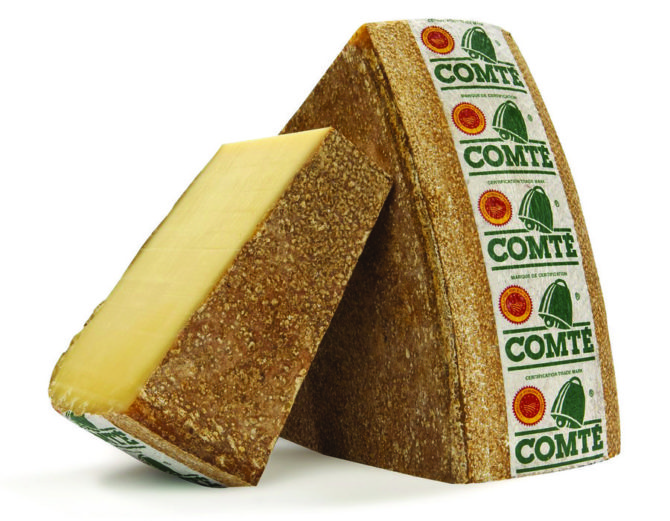 Who knew that France produces more Comté – or Gruyère de Comté, to give it its proper name – than any other of its AOC cheeses? There’s got to be good reason says Ellie Fullalove, sharpening her cheese knife…

Mildly sweet and nutty is but the simplest way to sum up the character of a cheese that according to the experts contains a combination of 83 different flavours, from the animal (wet wool) to the vegetable (young grass). Of course, the seasons play a part in determining which ones… 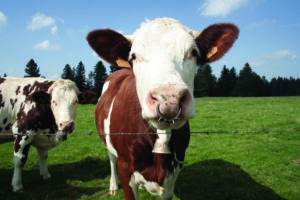 During the summer, Montbéliarde and French Simmental cattle in the Jura Mountains of eastern France are grazing on wild flowers and aromatic herbs. At this time of year, their milk makes a noticeably fruitier and yellower cheese than in winter, when the cows are fed on hay.

Gruyère de Comté comes from Franche-Comté; the clue is in the name. It is a region of France on the border with Switzerland, home of Gruyère cheese and the town of Gruyères, from which it takes its name.

Comté has become an essential ingredient in many traditional dishes, like fondue for example. A bowl of French onion soup would not be complete without a sprinkling of the stuff, nor would the croque monsieur sandwich. Comté also crops up on the cheeseboard, so it can be eaten on its own.

Three thousand family-run farms in Franche-Comté supply 170 local dairies or fruitières where the same cheese making methods have been practised for around 1,000 years. It’s important that the milk is fresh, so Comté is produced every day of the year.

The wheels of cheese are then left to mature for a minimum of four months in a cellar, though they continue to improve with age. If only we could leave ours alone for long enough!

Previous Article Selling Property in France? Beware of Bogus Buyers
Next Article Learning French: Give your gym vocabulary a workout