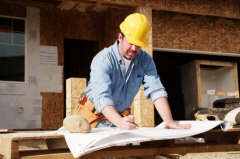 Some Words Of Wisdom For Employing People In France

Many foreigners unwittingly fall foul of French employment legislation which can have disastrous consequences for all concerned – and, in extreme cases, lead to criminal prosecution.

Most of the difficulties seem to arise from ignorance of French legislation. The French saying is that ‘no one is supposed to ignore the law’ (‘nul n’est censé ignorer la loi’), and unfortunately French Courts will convict people, even if they plead good faith.

Social security implications must be thought through either when setting up business in France – or when employing someone.

In my experience the French Police and Courts are cracking down on people who illegally employ workers (who, more often than not, are foreigners). This might be done through blissful ignorance – but the Courts do not always accept ignorance as a defence plea.

I often see adverts in the French property press stating ‘Couple willing to do odd jobs in South of France in return for lodging’. I am sure that this type of situation could give rise to criminal proceedings.

If people are working on your property for any length of time, they must be declared with the appropriate social security / tax authorities. You should be paying them a salary, and paying social security contributions on top of that salary.

In one case I dealt with, an American restaurant / château owner had asked a couple of students to come to France to help out at the Château over the summer period.

The students were not paid, but were given free board and lodging, and only worked a couple of hours a day.

The Social Security Office considered that as ‘Estate Manager’, he must have had a full-time job, even though the student actually stated he only worked a couple of hours a day.

Contributions were therefore due on the basis of full-time employment.

The file was then handed over to the Public Prosecutor who, fortunately, decided not to pursue the case.

In some cases it is possible to use ‘chèques emploi service universel’ , which facilitate payments. The employer receives a cheque book and uses a cheque to pay the net salary to the employee. The social security contributions are automatically calculated and deducted from the employer’s bank account.

The share of Social Security Contributions to be paid by the Employer is notoriously high in France. However, this is how France finances its extremely generous welfare system.

Electricity in Your French Property: Energy Providers, Tariffs, and Fittings