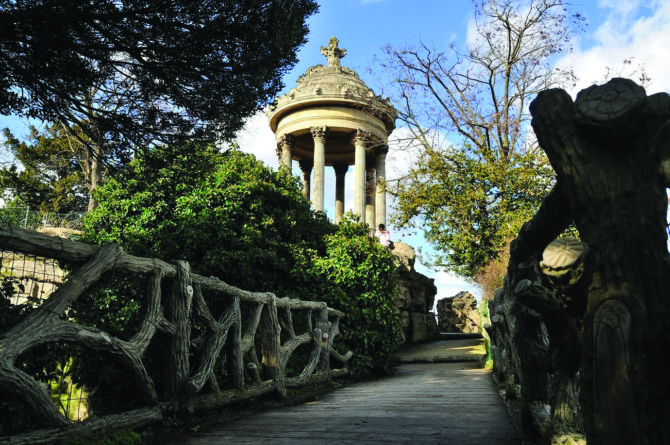 We can thank Napoleon III and his right-hand man Baron Haussmann for the wealth of green spaces in France’s capital. Towards the end of the nineteenth century, in the midst of the rebuilding of Paris, it was first considered beneficial for your health to spend time in the countryside, away from the city’s pollution.

Though the newly developing public transport networks were making this increasingly possible, Paris’s urban planners decided to bring the countryside to the capital, structuring parks and squares into each newly beautified quartier. The city could breathe again, despite the overhead smog of industrialisation. Parisians today still seek refuge from the stress of city living in the capital’s verdant parks.

Admittedly, the orderly Tuileries that links the Louvre to the Place de la Concorde has a regimented charm of its own. But if you’re looking for something less formal and you actually want to sit on some grass, Belleville’s Buttes-Chaumont is well worth a visit for its hilly terrain (it sits on a former quarry) and laid-back feel.

Off the beaten tourist track, the park is favoured by young arty types. Strumming guitars and barbequing during the afternoon, they later head down to the park’s hip bar, Rosa Bonheur, for apéritifs. A large ornamental lake is home to various indigenous birds, and feeds the roots of the exotic trees and plants that surround it. Waterfalls and cliff faces line meandering stone paths, which dip between hillocks and climb up to a romantic lookout post, offering awe-inspiring views over the city towards the Eiffel Tower. 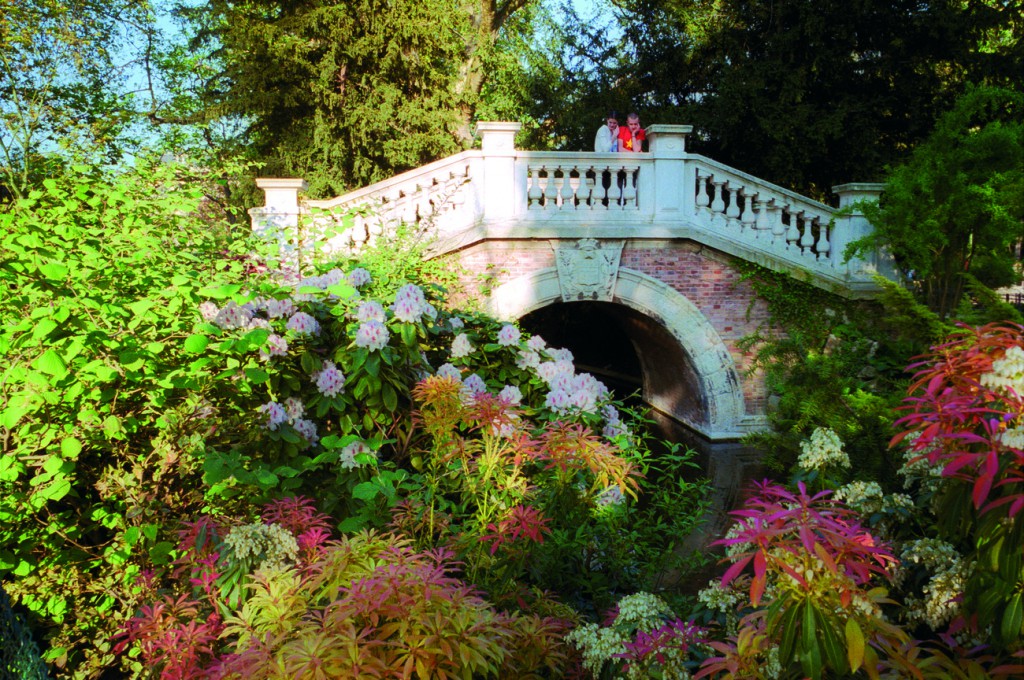 Dotted with neoclassical statues and lovingly tended flowerbeds, the Parc Monceau is embedded in one of Paris’s chicest districts. On a Saturday morning it can feel like the entire eighth arrondissement is out for an energetic jog along its footpaths, but on a weekday it’s often deserted – despite its fairly central location.

The park was built for the Duke of Orleans in the eighteenth century in an English garden style, and was opened as a public space under Napoleon III, keeping its informal design. Impressionist icon Claude Monet painted the park five times, immortalising the same blossoming wildflowers and burgeoning trees that adorn it today. 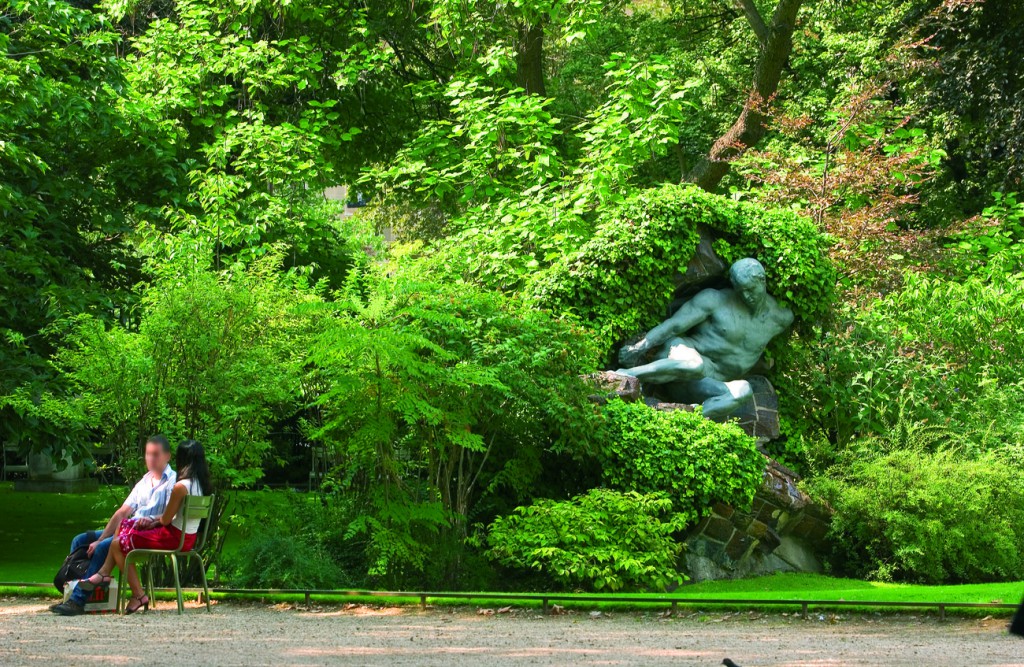 Dating back to 1612 and inspired by the Boboli Gardens of Florence, there is a grandeur about the Jardin du Luxembourg that has stood the test of time. It may well be the most famous of all Paris’s parks, but no volume of tourists has yet managed to detract from its tranquil splendour.

Visitors promenade up and down its sandy paths, which snake between orchids, flowerbeds, copses, and white-stone statues. The Musée du Luxembourg draws throngs of art lovers to its world-class exhibitions, which often specialise  in modern art movements, particularly the Impressionists.  An exhibition of works by Renoir, Manet and Monet,  amongst others, is currently showing until February 2015.
However, most flock to these gardens simply to bask in their floral and architecutral loveliness. The grandiose Palais du Luxembourg and its Italianate Medici fountain are set in the heart of this quintessential oasis of flora and fauna, which continues to effortlessly seduce Parisians and tourists alike.

Given that there are over 400 parks, gardens and woods in Paris, this is only the first step into discovering the city’s green side. To explore further, head to the capital’s tourist board website.