No Stone Left Unturned – A Garden in the Limousin 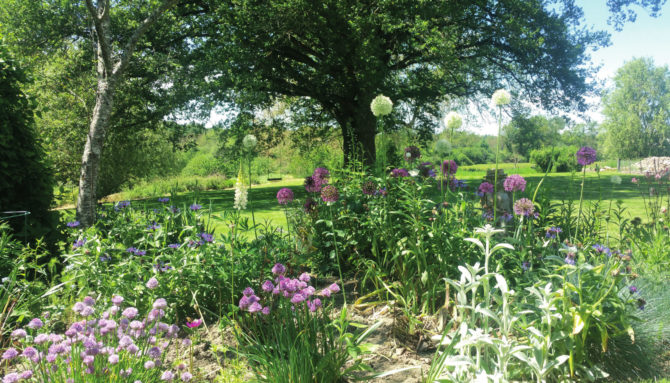 Concrete telegraph poles, 30 car batteries, building rubble, freezers – oh, and bolts and chicken wire,” Derek Handy reels off, totting up a baffling catalogue of the debris unearthed from his land over the past decade. “Farmers have a tendency to bury things in the ground to make them disappear,” he adds, magnanimous.

For all his obvious bonhomie, Derek’s staunch optimism was thoroughly tested by the mind-boggling miscellany of buried flotsam, discarded white goods and other subterranean handouts from generations past. These regularly put a spanner in his plans to tame the grounds girding his new French home in Le Dorat, a town in the Limousin. “It’s a bit like Time Team, really, except that we only found rubbish… 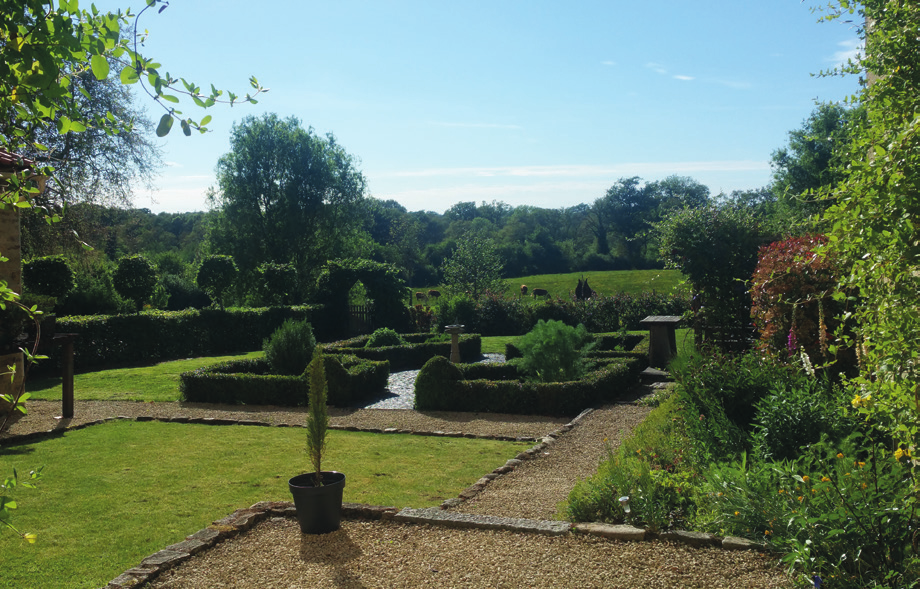 The herb garden is bordered by a box hedge

“It has taken us about 11 years to clear, gradually,” he chuckles. “The worst part was when we started the herb garden. There were actual building foundations that we had to dig up. We have a tractor with a digger bucket on the back, but it doesn’t have the power to excavate big rocks, so you have to dig around them and then pull them out somehow. We had to do it one rock at a time.”

Many would have thrown in the towel at that point. After all, this was far more than former headteacher Derek and his civil servant wife, Janice, had bargained for when they packed up their lives in Kent to relocate permanently to their holiday home, a former farm in the heart of Limousin. 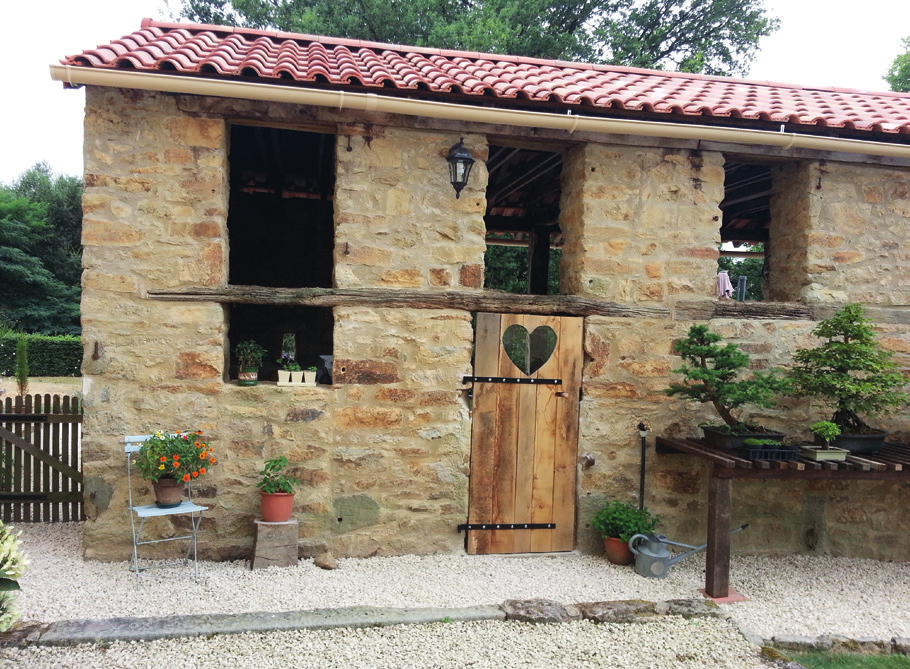 “We had been to France on holidays for many years and moving here had been a dream of my wife’s for some time,” explains the 64-year-old. “We were tired of our stressful jobs. We sat up in bed one Sunday morning and did some calculations on the back of an envelope: exchanges rates, our pensions… And decided to sell up and move to France.

“The garden was always a big thing for us. We’re both keen gardeners. But there were a lot of things we didn’t notice until we moved here. When it was just a holiday home, it was a case of trying to keep nature at bay. Every time we made a start on something, we found rubbish, parts of old buildings and rubble.” 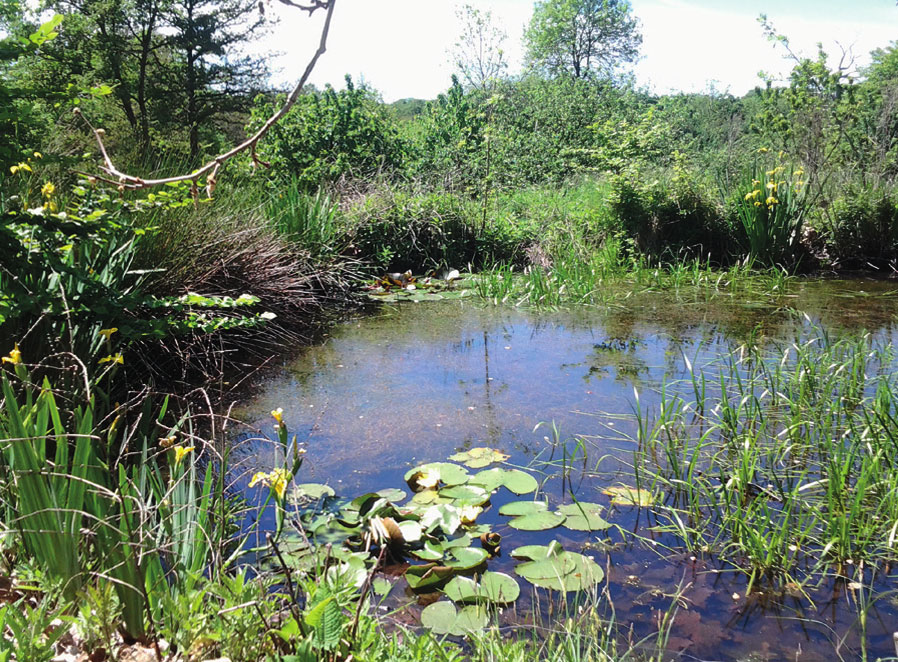 A wide variety of wildlife enjoys the pond

The debris cleared, then came the small matter of wrangling with Limousin’s sandy soil – and its pesky habit of sapping nutrients from bulbs before they even hit the ground. There was one crucial advantage to this granite base, however: weeds (unlike the rubble below) could be plucked free with barely more than a tug.

“That’s the positive,” says Derek. “I like to look on the good side of any job,” he laughs heartily. “And, here, the weather is not too warm in the summer, so plants don’t frazzle in the sunshine. Though we get more extremes of temperature. In 2011, we had a fortnight where the temperatures reached minus 20. We lost a lot of plants that year, because the roots froze in the ground.” 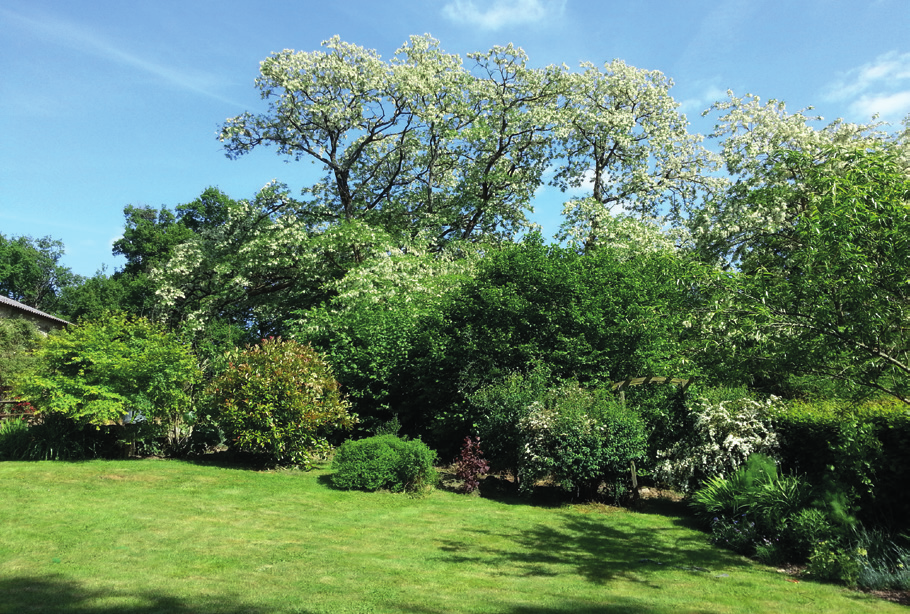 The layout of the sprawling garden was decided for them the moment they stepped foot on the property, by a majestic oak tree jutting out from the brambles and tangle of weeds. “It’s a beautiful, huge, 300-year-old oak tree, one and a half metres in diameter, which is unusual. A lot of trees around here are very tall and very thin. 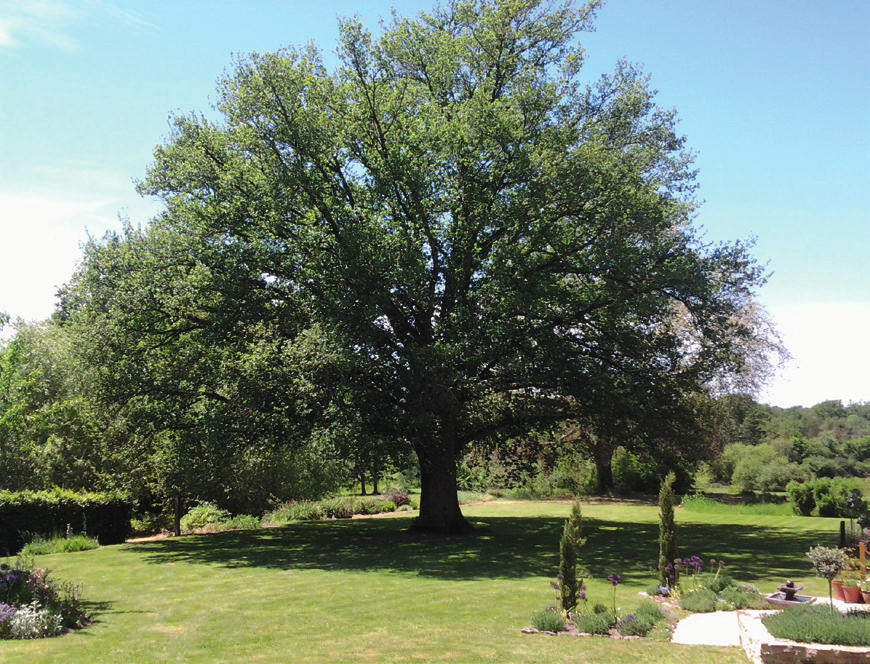 The oak at the heart of the scheme

“The tree was what we noticed when we first saw the property, through all the bracken and rubble,” he goes on. “We always knew we wanted to build the garden around it. So we created flower borders, two potagers, a Mediterranean-style garden and a formal herb garden surrounding it. In total we maintain about 2,000m2 – which is quite enough,” says Derek, who has proved himself worthy of his toilsome surname. “We also have a wildlife pond, an orchard, and we’ve planted 300 trees to create a wooded area. Initially we grew them for firewood. But I don’t think I could bring myself to cut them down now.”

The couple planned the garden so it had something of interest throughout the year – from the wonderful blossom of the almond tree; to climbing roses, vines and wisteria and coloured barks of the dogwoods; while the orchard includes cherry, apple, pear and plum trees. 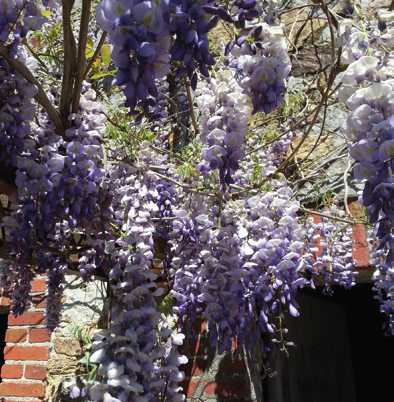 A decade and hundreds of backbreaking hours spent offloading the dregs of years gone by at the déchetterie (rubbish tip) later, their ambitious garden in Le Dorat is finally nearing completion. “We’ve got enough to look after, I think,” he muses. “It has taken a great deal of work to get the garden to this point, but it’s been worth it. Now it’s about time we took stock and started enjoying it.” 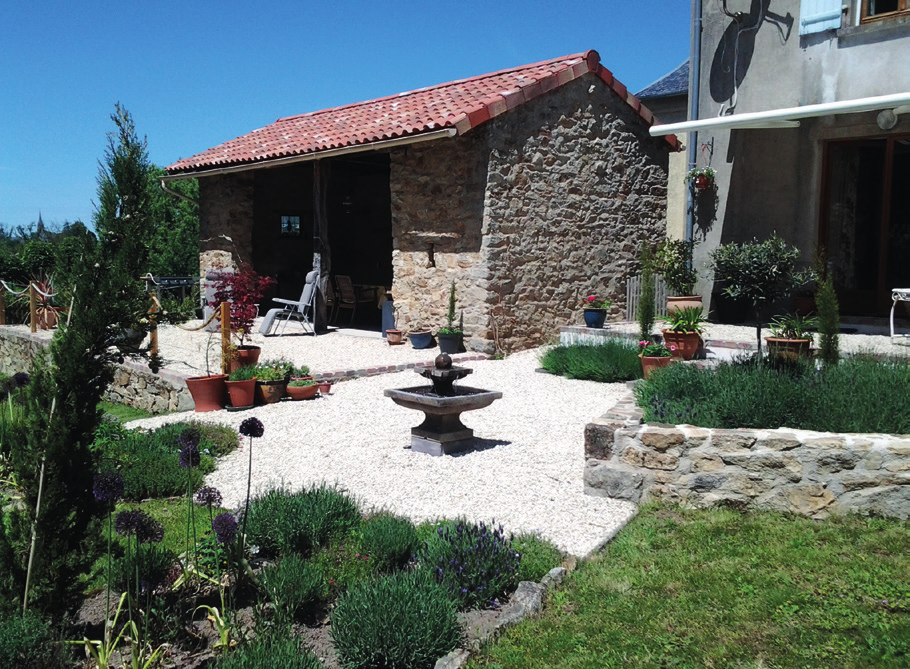 Derek’s garden at Route de Grand Champ, Le Dorat in the Limousin, is part of the Jardins Ouverts scheme, which sees private gardens open to the public during the summer. For more information, visit www.opengardens.eu.