France proves a safe haven for one family 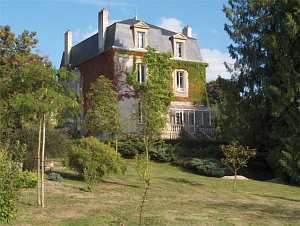 Following traumatic personal circumstances, my daughter and I decided to build new lives for ourselves in France.

As we did not know France at all, our first step was to learn more about the country and the different areas. We did this initially by buying guidebooks, magazines, writing to various French tourist information services, surfing the Internet and watching every French-related TV programme possible.

Our key requirements were: rural lifestyle, rolling countryside but not too extreme, better climate but still with ‘proper’ seasons, one-day driving distance to Yorkshire and airline services. Also we were looking for somewhere with reasonable property prices. Incredibly the Limousin ticked all of these boxes! So we arranged a trip out there to view some houses and learn more about the area.

We loved the Limousin, especially department 23 – the Creuse. On returning to England we put our house on the market. A few months later we found a buyer who also took all of our furniture.
We arranged another trip to find our home in France and found a gîte complex project which would take about six months to have up and running.

This was in September 2004: we signed the Compromis for the house and packed up in the UK, moving to rented accommodation in France. (Quite an achievement, two adults, a baby, three dogs and three-months worth of belongings in a Nissan Micra!)

We were due to complete on December 31 2004 and all was going well until two weeks before the completion date. Then the sale started to fall apart. Numerous problems occurred, including tax and land issues and after four months of heartache, the sale eventually collapsed.

So there we were, house-hunting once more; property prices had risen and we had been living on the proceeds of our house sale for over seven months, so our capital had shrunk. We had to change our criteria and look for any property that we could start a business from without major renovation works.

Luckily we found the perfect property in the medieval chateau town of Bourganeuf in the Creuse. It belonged to the local notaire and was in fair condition, we just needed to add some bathrooms and redecorate. We signed the compromis in April 2005 with a completion date of July 2005.

At first we were planning on just running a B&B from the house. It is in the perfect location – walking distance to a beautiful town, yet tucked away in the middle of a hectare of garden, with views of the Limousin countryside.

So, as we had sold all of our furniture in the UK, we set about trying to find furniture. We could not afford antiques but needed classical pieces, and we had heard about troc and brocante shops where you can buy secondhand items.

On visiting the trocs and brocantes, we were very disappointed. Although the style was right, the furniture was often scratched or damaged, chairs needed reupholstering, and everything had one thing in common – woodworm. Another problem was that we needed a large amount of furniture and we did not have the time to trail around the shops each week in the hope that they might have had some new deliveries.

After ruling trocs and brocantes out, we decided to look at the new furniture market but here again we were sorely disappointed – the good furniture was very expensive and the inferior quality was overpriced. After complaining about our problems to friends, we discovered that they too had had similar experiences.

This made us realise that there might be a hole in the market, and after a few glasses of good French wine we wondered if it would be possible to set up a business selling furniture in France! Well, indeed it is, and after months of hard work we have now opened both a luxury B and B and our own furniture company.

The language
Neither myself or my daughter had any French, we had not been taught it at school. Before we left France we bought a teach yourself French course and started studying.

Within a week of being in France we started private French lessons and I now attend a Chambre de Commerce-organised course. I still struggle with the language but my daughter tells me it is a confidence thing! She gets by but is a long way from fluent. My grandson, however, is picking the language up as he goes to a French play club and nursery school.

Becoming part of the community
We live in a town so there is more anonymity than in a small hamlet, but we actively take part in local events and feel part of the community. We have both French and English friends and I have not felt any hostility here what so ever. We have found it to be a chauvinistic society though and I think the locals are often baffled by us! (we were even refused permission to view one property because we did not have a male to make decisions for us).

Because the French adore children, having a young child with us makes it easier to integrate. My grandson, Alfie’s, play club is French run and no other English children attend. He has been welcomed with open arms and takes part in all activities. Joanna enjoys this too as it enables her to practise her French in a relaxed atmosphere and get to know the locals.

Our first booking for the Chambres d’Hôtes was by a local French family, which then booked all our rooms to accommodate the guests for their daughter’s wedding.

Also, exciting news for us. The TV programme Grand Designs Abroad returned to a previously featured house near us which now houses our furniture in its feature bedroom. So on May 3 this year, our furniture became famous!