A Day Trip from Paris to Giverny? 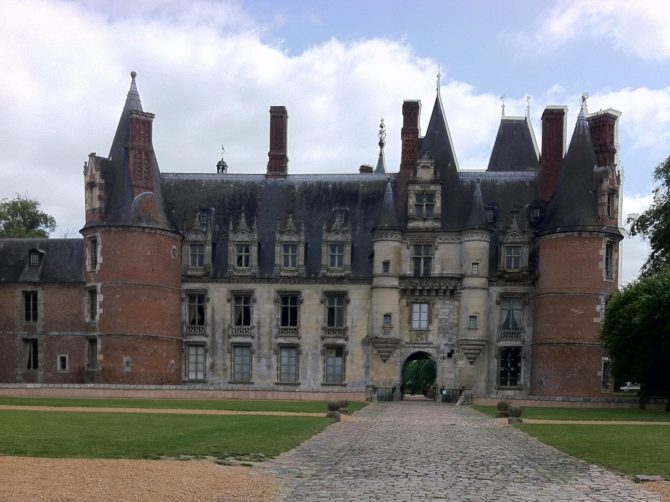 Claude Monet’s home in Giverny is one of the places I’ve always wanted to visit. The Impressionists are my favourite artists and spending an afternoon in Giverny would be an absolute thrill. For years, I’ve been putting it on our list of ‘things to do in France’ and every year my French partner Vincent promises me – this year we will go to Giverny.

It hasn’t happened in ten years. TEN YEARS! Something always gets in the way. The weather is bad. Someone’s ill. The car needs to be serviced. It’s too cold. It’s too hot – an endless list of excuses stops us.

This past summer, we planned to visit Giverny at long last! We were in Paris and decided on Tuesday, 16 June, to make the trip. We woke up early to a sun-filled, clear day, and asked Vincent’s aunt Danièle to join us. I was so excited. I couldn’t believe that after ten years, I was finally going to see Monet’s home, the infamous Japanese bridge, and those beautiful gardens! My heart was fluttering with joy! I was also happy because Danièle was going to come with us. It was a great opportunity to be spending more time with her.

We got into the car and were on the road! I was so thrilled that the smoke from Danièle’s cigarettes didn’t even bother me. Puff away my love – soon we will be in fresh air! Shortly into the drive, the trip took a change. On the Autoroute, the road forked. To the left was the road leading to Giverny. To the right, the road leading to Saint-Hilarion, the town where Danièle and her husband once had their estate.

I was enjoying myself immensely because Vincent was driving, Danièle was sitting in the front passenger seat and the back seat was all mine. We were entering bucolic countryside and the vistas were beautiful! I was relaxed and my delusional daydreams were getting the best of me. Had Claude Monet known me, I was certain that I would have been his muse…

We approached the fork in the road. Vincent asked Danièle if she was ok. She said she wished she could visit Saint-Hilarion and her old estate. I stopped breathing. Vincent turned to me and asked if I was ok with the change in plans. What could I say? Another year and no Giverny!

On the approach to Saint-Hilarion we visited the cemetery where Vincent’s mother, Evie, is buried. This charming little cemetery resembles more of a stone-enclosed jardin than a place of eternal rest. We then drove to the estate. Nestled amid tons of lush greenery, it was barely visible from its surrounding stone wall. I got a nice glimpse of the roof, and the adjoining pond with a family of sitting ducks and floating lily pads. It was like being in Giverny – just a bit!

Vincent asked if I would like to visit the Château de Maintenon (pictured top) instead. Naturally, I was game. It was on my list of places to see anyway. Château de Maintenon also plays heavily in my delusional mind. The Château was rebuilt for Louis’s ‘secret’ wife, Madame de Maintenon. I figured if Louis XIV met me, he would have fallen head over his pointy-toed heels in lust with me. I would have borne him an heir or two and would have been gifted with a Château of my own! I was now excited to visit Maintenon.

We arrived at the Château and the parking lot was rather empty. I thought it would be great – the three of us would have a terrific visit without the hassle of tourists. Vincent was eerily quiet, appearing concerned as he and Danièle glanced at each other then nodded toward me. Apologetically, he said the Château de Maintenon was closed. I was two for two in my French tourism adventure. 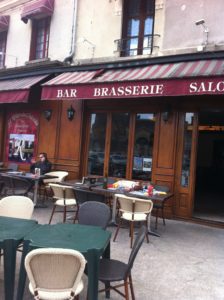 The blank expression on my face placed Danièle into high gear as she explained to me that we would have dejeuner al fresco at the bistro across the way. When she added that we would enjoy a good bottle of wine, my spirits suddenly lifted! A table outside, the sun shining, perfect weather. The three of us ordered our food and wine and began to enjoy the sundrenched remainder of the afternoon.

I learned some lessons that day in June. One was to go with the flow. If plans don’t work out just the way you expect, events can occur that’ll be more delightful. Another lesson: never assume any site, attraction or Château is going to be open. Do your research!

We finished our meal, polished off a good amount of wine and headed back to Paris centre after a most enjoyable and adventurous afternoon.

Giverny will be waiting for me next year. And if something comes up that doesn’t allow me the pleasure of visiting Giverny for the eleventh year, there’s always the year after!