Dordogne: The Cave of Combarelles in Vézère Valley 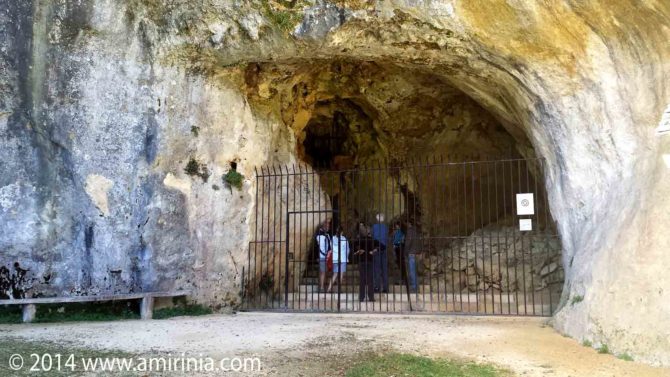 I landed at Brive airport in the Dordogne valley for the second time in a year. During my first visit, I had been told about prehistoric caves and paintings. The story of the caves captured my mind and inspired me to come back to the area and see them with my own eyes.

This trip meant something different to me. I was in search of something unknown. I was looking to connect with those people who created the art works in the Vézère Valley. I was very curious to find out about the past. We are often so occupied in our day-to-day routines, so busy worrying about paying bills and other ordinary matters that we forget about where we came from.

We can study the marks left by our ancestors and it might be a gateway to the future and understanding our complex universe. The mystery of our life on earth gets even more complicated with new findings going back to 1.7 million years.

Having spent the night in the city of Sarlat, my journey to the cave of Combarelles near the small town of Les Eyzies-de-Tayac (pictured above), in the heart of the Vézère Valley, took only 20 minutes. The cave used to be inhabited by Cro-Magnon people (described by scientists as early modern humans) approximately 11,000 – 13,000 years ago. The cave contains prehistoric drawings of animals and symbols on sandy uneven walls. We walked through a very narrow passage approximately 1 metre wide. The guide told us that the height of the original cave was very low. It had been excavated and enlarged to make it possible for visitors to walk through more easily. This means that the artists had to crawl inside the cave in absolute darkness holding some kind of lighting in order to make their engravings.

Scientists officially discovered the cave in 1901. The discovery was an explosive moment in the world of prehistory, revealing nearly 800 drawings, which could be divided into over 100 distinct sets. There are no colour paintings in this cave, but traces of dye indicate that they may have originally been in colour. These revelations show the intellectual and technical abilities of those prehistoric artists. They were perfect humans, as intelligent and capable as people today, but their world and surroundings were very simple. 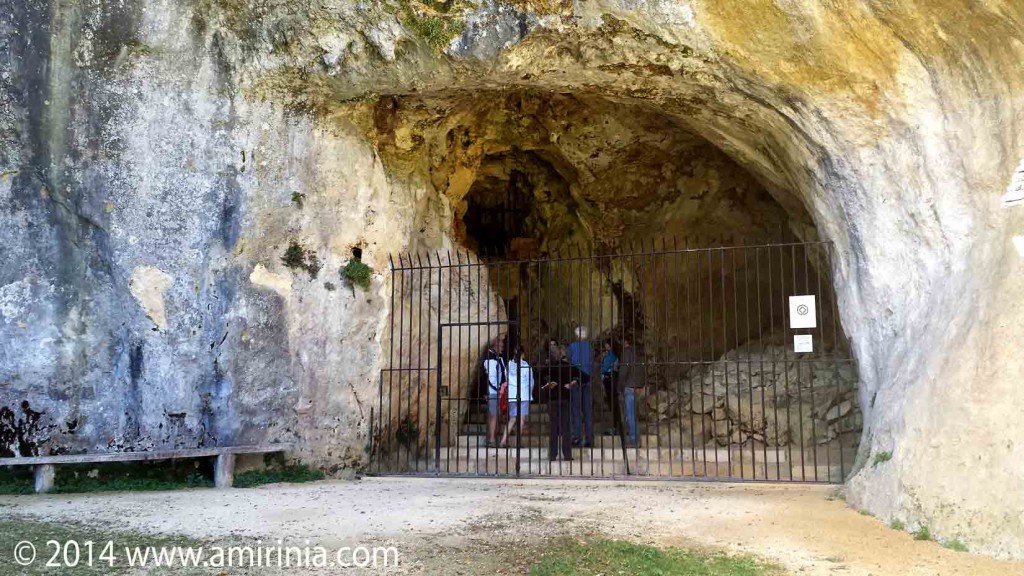 I wondered why they went to so much trouble to make these marks? Was it simple curiosity, or some kind of spiritual endeavour? We can only speculate and may never have a definitive answer

Their abstract creations are open to all kind of interpretations. We are not certain what their intention was and whether there is any meaning behind it. Whatever it is, they are communicating with future generations in various ways through their sketches. Was the cave some kind of sanctuary or temple? Was it an art gallery? It is a puzzle, which might be solved by deeper research in several caves in the region.

As my guide pointed out various figures and scratches, I walked through the narrow passages of the cave and observed engravings of a wild horse, a cave bear, a cave lion and a mammoth. Some of animals do not exist in our time. I questioned the integrity and originality of what we saw. The guide patiently explained about claims and discoveries by top archeologists and many findings, several testimonies and items that are displayed in National Museum of Prehistory in Les Eyzies.

I was in deep thought and sensed that I was connecting with those artists, even that their soul was present. I felt their presence along with their work. The air inside the cave was very fresh and pleasant, even better than outside. I thought the air was controlled by a special air conditioning system. But the guide told me that the air is natural. She explained that 300-metre long cave was formed by an underground river. The same river is still running, creating continuous fresh air. The cave has been flooded twice in recent years.

My visit was only a taste of one of the many caves in France that have been named UNESCO World Heritage Sites. Next I am very keen to visit the caves of Font-de-Gaume and Lascaux II near Les Eyzies to explore further into prehistoric art.

The tourist offices of Sarlat (www.sarlat-tourisme.com) and les Eyzies (www.lascaux-dordogne.com) can give you directions to all the things to see and do in Dordogne Valley and Vézère Valley.

Previous Article Sweet tweets: you can now send money via Twitter in France
Next Article A Day Trip from Paris to Giverny?

Amirinia is an engineer and lawyer based in London. He is also a freelance writer and journalist who has a passion for documentary photography, social photography and photojournalism. He shares his journeys and inspiration through his visual essays.