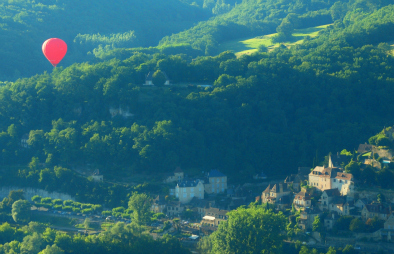 The reasons why Jeff and Liz selected France for retirement would fill a book in itself (and indeed they will as Jeffrey is completing his manuscript). They love the lifestyle, the climate, the access to the rest of Western Europe, and the ability to live, rather than just be making a living.

Tell us about yourself.

I’m Jeffrey Poster, a recovering litigator now involved in alternative dispute resolution, including mediation & arbitration, and teacher of both subjects at a law school in Texas. I have a BA, Master of Public Administration, and JD degrees and I’m a Fellow of the Chartered Institute of Arbitrators. I also write [see excerpt from his book below]. My wife Elizabeth is the daughter of Hungarian refugees born in a camp for displaced persons near Munich. She is the Dean of the College of Nursing at the University of Texas at Arlington with a Bachelor and Master degree from Boston University and a PhD from Boston College, and she somehow found the time to become an accomplished jewelry maker.

How did you come across your Property Finder Jacqueline Hanks?

After a first frustrating house hunting trip, we asked about a property we found on the FrenchEntrée.com website. The very helpful person who responded to my inquiry (FrenchEntrée seems to suffer from an epidemic of effective and helpful people) asked if we would be interested in speaking with a property finder and Jacqueline called us within a few minutes. Jacqueline then led us through our home search and guided us through the buying process.

Why did you choose this particular house?

We had little doubt that we would find something in the Dordogne. 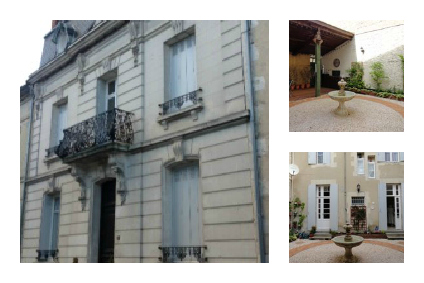 We loved the area and chose the house because we felt it had everything necessary to move in without renovation, was convenient to village services, and was in a location where there were a lot of services available for expatriates. What we did not know until the morning after we visited was that the house is located in the town that is the setting of the TV production of Little England.

Do you have plans to move here permanently?

In the coming years we hope to be living here full-time enjoying visitors and local friends, and traveling in France and Europe.

In hindsight would you have done anything differently?

Not really. Perhaps we could have given ourselves some more time in France to complete our search.

What would they recommend to someone who is just starting their search?

I would suggest that a good start is a large property show like Earls Court [The France Show is held in London every January]. But most importantly, unless one has been a resident of France and in the area in which one wishes to buy, it is essential to engage a property finder, and if one is looking in the southern Dordogne, it is best to engage Jacqueline.” 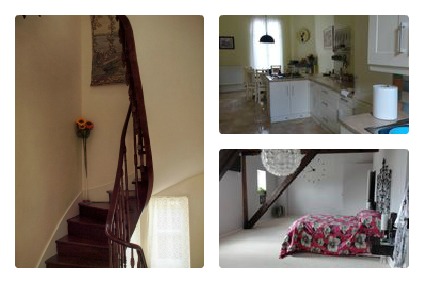 The following is a condensed excerpt from the first few chapters of Jeff’s book.

The coffee always tasted better on Sunday morning. It was a ritual. We would always make a fresh pot of coffee, and a good breakfast. Then, we’d turn on CBS, open up our local paper and the New York Times, and settle in for the next few hours. The relaxation and talking about the articles we reading made the coffee taste better. One Sunday morning in early April Liz completely surprised me by asking if I wanted to retire in France. I had been saying I wanted to do that for years, so she knew the answer would be yes!

We made an offer, below the asking price, and waited. One evening, as we got out of the car, Jacqueline’s phone rang. By this time, our anxiety had increased to something akin to panic, and we had infected Jacqueline as well. She practically tore her phone out of its pocket. Then, Jacqueline’s thumb went up! Liz went crazy! And, now we had to deal with the reality of purchasing a home in France. While that reality sank in, Jacqueline passed on the details of the purchase process and we took mental notes on all the details we would have to complete in the next few days. None of that seemed to matter to us, because now we had a home in France.

For further information about any of the above properties or for help with your property search, please call our consultant at +44 (0)1225 463 752 or email [email protected] or contact one of our local property finders with expert knowledge of the area.