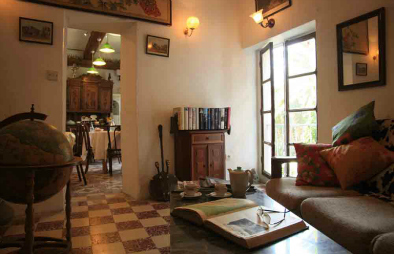 Mark, a writer originally from Torquay, lived in London with his partner Ben. The city was changing under them and Mark started feeling as if he would regret letting more time pass without at least giving the road less travelled a good try. So one fine day he said to Ben, “let’s rent out the houses and move abroad”. This is how a couple of years later we find him running Maison De L’Orb in Béziers, typing away in the garden, working on his poetry, editing novels, and indulging in his passion for cooking.

What brought you to the area?

We considered other places but somehow found ourselves drawn to Béziers. It took about two years from thinking about things to actually moving boxes and crates into the house and we eventually exchanged contracts, after a year negotiating, in 2007. We love Languedoc, it feels like a quiet and unknown area of France, although it is very popular. Béziers itself is one of those towns with a past that also moves forward. More and more people are coming here and settling down. Surprisingly though, some French magazines ignore Béziers, even the airport doesn’t show on some of their listings!

I also love the fact we can be by the beach in about ten minutes or on the ski slopes in two hours. Spain is an hour away by car and Italy about four hours in the other direction. Within ten minutes you are in real Languedoc country with tiny villages, quaint bars, cafes and total relaxation. With Béziers you have the “city” feel without the crowds. There are shops, department stores, a theater, concert halls etc., so you have the best of both worlds. There’s always something going on. 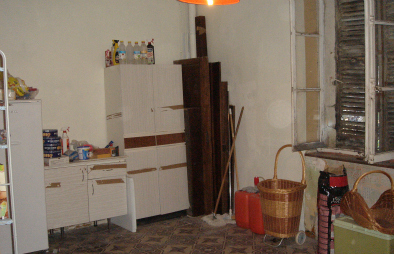 Why did you decide on this particular property?

When we first started looking our agents had twelve properties in mind all across the region, then on the first day this house had just come onto the market and they wanted to show it to us. At first we thought no, we were unsure of the area, pondered if the river flooded. The building looked dark but when we went in we were stunned by how big the place was.

The building is on four floors. The top floor was one huge apartment, unused and unloved so that became the five en-suite bedrooms we have now. The second floor apartment was a set of disused rooms which have now become our dining and lounge areas. Our own private quarters which are on two floors had a tiny kitchen but great potential. I guess we saw beyond the shabby 70s wallpaper and flock carpets. There were also two huge garages, a heap of cellars, a dance studio and an outbuilding which was the old boat wash-house when the river in front of the house was a beach.

The garden was the selling point. You step outside to a view of the river and two bridges and then you realize this is what you are paying for.

How did you find the renovation process?

It was quite daunting to begin with. Where do you start? I was still based in London and used to come out every month for a long weekend. One time I arrived and the kitchen had been demolished. When I asked where all my beloved kitchenware was I was informed that it was under a blanket, somewhere under a mound of dust and rubble. It all takes time. 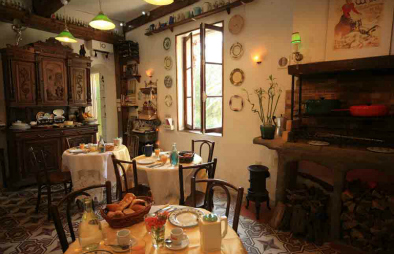 The house needed complete re-wiring and re-plumbing. We exposed all the beams. I have to say Ben did most of the work with help from a few friends and an endless supply of red wine and beer. The major works took over two years and only now has the outside been done transforming the house from a dirty grey to a lush vanilla.

There is the old lavoire outside which we have started to convert into a summer kitchen, bar and function room. We still have the cellars and a huge dance studio to convert yet. It all takes time, patience and thinking – and of course cold hard cash.

What is your favourite part of the house?

I love the balcony overlooking the garden, it’s where I sit, read and think. In our quarters we have a private library, a lovely stone-walled room which is cool in the summer.

What is your favourite thing to do around your “neighbourhood”.

Meeting the locals, chatting in our local Tabac and buying exotic fruits and vegetables from our local Arab grocers. We are involved with two local associations so there’s always some party or gathering going on. Last year we held one meeting in the house and I cooked for over thirty people a good traditional British roast dinner. The only drawback was that they didn’t understand Yorkshire pudding and that it didn’t need cream to go with it.

In hindsight, would you have done anything differently?

I don’t like regrets. My favorite saying at the moment is “it is what it is”. Of course there are some things we would have done differently, such as employing a more reliable removal firm for starters. We were quoted one price, accepted it then they changed their minds once our goods were in transit – although having said that, the two men employed to deliver the goods were fantastic. I would probably also not tell any utility companies that we were English as we started getting very huge estimated bills for a few years and only now are they being adjusted. The same applies to our assurance company. The policy says one thing and they say another, all part and parcel of red tape in France, but you live and learn.

What would be your advice to someone thinking about running a chambre d’hôtes?

Do your research. Many people think setting up and running a B&B is easy. It can be, but you have to get it right. I always say the three B’s help, a good bed, a good bathroom and a good breakfast. Although I come from a family who have owned and managed hotels and pubs, I still wanted to know what the competition was like. So before we opened, I stayed at several local hotels and guest houses to see what was on offer, and then decided we would be completely different.

I was dismayed at the piffle offerings some people served me at breakfast; one cup of lukewarm coffee and a sad looking croissant. We don’t do that and our guest reviews always compliment our breakfast. We have over twenty teas on display for starters. There are also the nice extra touches which make all the difference, good towels, fresh flowers, a box of tissues, homemade jams and things, just good simple details which people remember.

You also have to realise that you can’t just simply open as a business and expect people to book; you have to do your homework, your own administration and publicity and get out there and tell people what you offer.

It is a very rewarding business. We have been lucky to have many wonderful, funny, friendly guests.  We’ve even had the odd “celebrity” who have stayed with us incognito but have been gracious enough to sign our guest book. They have appreciated the fact they have stayed for a few days and they don’t get hassled. My lips are sealed but new guests arriving can feel free to glance through our reviews.

And there’s also some funny moments. There’s often a guest leaving something behind, but the most memorable was a guest who after two weeks emailed me saying “I think I left my teeth in the bedroom”. So far this year we have recovered two walking sticks, an art deco soap dish, six bottles of lovely perfume and ten copies of Fifty shades of Grey, so one presumes it’s not such a gripping read after all. 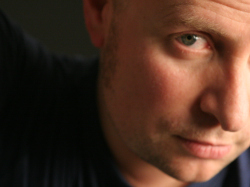 Mark Binmore is a writer and editor. Find out more about his writing and his upcoming books at www.markbinmore.com and for more information on the accomodation offered at Maison de l’Orb visit their website www.maisondelorb.com