Renewing Your UK Passport in France 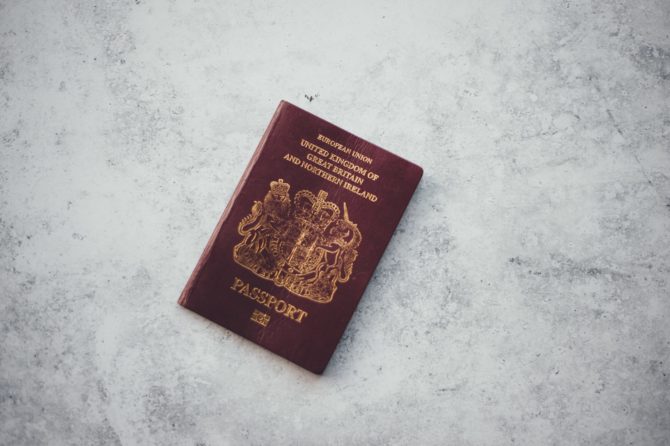 If you’re a British citizen living in France and need to renew your passport the application process is straightforward and can be done online. Here’s everything you need to know.

Do You Need a New British Passport After Brexit?

As the UK has now left the EU, this means that British passports have also changed – the new non-EU passports are blue and no longer feature the EU emblem.  However, all UK issued EU passports remain valid up until their expiry date, so there is no need to change your passport until it expires.

One important change to note is that Brits must now have more than six months before the expiration in order to be valid for travel in and out of the EU. So, if your passport is approaching expiry, it might be best to renew it sooner rather than later. You can renew your passport up to nine months before expiry, and the time that is left in the old passport is added on to the validity of the new one so you don’t “lose” any time by sending it in for renewal early.

How Do I Apply For A British Passport From France?

If you are a British citizen resident in France, and need to apply for a new or replacement passport, the application process can be done online here. You will be asked to fill in your personal details, submit photos (more about that below), and pay the fee online. You will then need to send your old passport directly to the UK at the address given – signed for delivery is highly recommended.

Submitting photos for a UK passport application from France

There are two ways to submit your passport photos. The first is to use a photo booth with a digital service and enter the code given – however, these services are limited in France. The second option is to take a photo yourself using a digital camera or phone and upload it to the application portal. Clear instructions are given for how to take the photos when you get to this stage of your online passport application and an automatic quality control tells you whether the photo you have uploaded is likely to be accepted or not.

How long does it take to receive a British passport from overseas?

Your new passport and your old passport will both be returned to you at your French address, seperately, by recorded mail.

As of 2021, the fees for British passport overseas applications are:

All passports are also subject to a £19.86 courier fee.

Can I renew my passport while on holiday in the UK?

Another option for UK citizens, especially if you still spend several weeks or months of the year in the UK, is to renew your passport during your next visit. This is perfectly legal as long as you have a UK address to have the passport delivered to, and has the benefit of being cheaper (standard passports cost £75.50 for an adult, and £49 for a child).

There are also options for same-day and 1-week fast-track passport replacements, which can be booked at one of the regional passport offices. Additional fees apply, but you can have your passport in a matter of hours.