Retiring to France After Brexit: Can I Get an S1 Form? 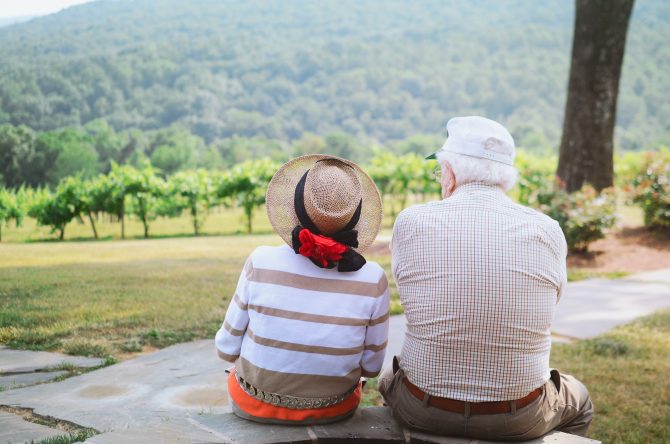 If you are in receipt of a UK state pension and are looking to retire to France, an S1 form will grant you access to the French healthcare system. But are you still able to get an S1 form after Brexit, and how do you apply? Here’s what you need to know.

As part of the freedom of movement agreement, citizens of the European Union (EU), the European Economic Area (EEA) (Iceland, Liechtenstein and Norway), and Switzerland have to right to live, work, or retire in France. For those who have lived and worked within the EU and are in receipt of an EU state pension, European legislation means that pensioners choosing to retire to France can transfer their entitlement to state health insurance to France.

An S1 form is issued by the country in which your pension is held and is essentially an agreement to pay the social security contributions on your behalf in order to grant you access to France’s state healthcare system. Not only does this provide coverage under France’s Assurance Maladie, but it also means that your pension income will not be liable for French social charges (prélèvements sociaux), which can be up to 9.1% (note that you may still be liable for income tax on your pension – see our guide to Paying Tax on Your UK or Overseas Pension in France for more on this).

You can read more about this here.

When the UK was part of the EU, retirees in receipt of a UK state pension were also granted the right to an S1 form as with other EU retirees. Now that the UK has left the EU, UK citizens no longer have the right to freedom of movement and retirees wishing to retire to France must follow the process of applying for a long-stay visa and residency card.

Our guide Retiring in France: Visas & the Path to Permanent Residency will talk you through the relevant steps and help you determine whether retiring to France is a possibility for you based on your individual circumstances. If you are able to retire to France, another important consideration is whether or not your healthcare will be funded by the UK or not – in other words, will you still be able to get an S1 form?

UK retirees living in France prior to Brexit: S1 coverage

The rights of all UK citizens and retirees living in France (or another EU country) prior to December 31st, 2020, are protected under the terms of the UK’s Withdrawal Agreement with the EU. This means that if you were resident in France prior to Brexit and already hold an S1 form, the UK will continue to pay your healthcare for the duration of your residence in France.

If you were living in France prior to December 31st, 2020, but do not yet have an S1 form, your rights will also be maintained under the Withdrawal Agreement (presuming that you meet the criteria for a UK S1 form prior to Brexit).

Can you still get an S1 form if you retire after Brexit?

If you retire to France after December 31st, 2020, your rights are not covered by the Withdrawal Agreement. However, you may still be eligible to apply for an S1 form if you are in receipt of a UK state pension.

As it stands, the UK is still issuing S1 forms to retirees of pensionable age who wish to retire to France, and this has not changed since Brexit. Some changes have been made since Brexit to those in receipt of certain benefits (namely the Disability Living Allowance (DLA), Personal Independence Payment (PIP), Carer’s Allowance (CA), and Attendance Allowance (AA)) that were previously eligible for an S1. These benefits no longer entitle you to an S1 if you move to France.

Retiring in France: Do I need an S1 form?

If you currently live and work in France, or if you move to and work in France prior to retirement age, you probably won’t be entitled to an S1 form. This is because you will already be registered in the French healthcare system and will pay your social security contributions in France. When you eventually retire in France, you will receive a French pension, and your healthcare will be covered by France.

However, there are some exceptions. If you move to France prior to retirement age but have worked the majority of your life in the UK, you may still be entitled to an S1 form when you start to claim your UK State Pension.

Where should I apply for my S1?

If you have worked in the UK and one or more EU countries, you may receive a pension from two or more of these countries – in general, the country in which you have worked for the longest period will be responsible for your healthcare during retirement, and it is from this country that you should request an S1.

Applying for an S1 form from the UK

Application forms can be requested from the NHS Overseas Healthcare Services:

Using your S1 form in France

Once you receive your S1 form from the UK, you need to register the S1 form with l’Assurance Maladie in France. You will need to fill in the relevant forms (found here) and send them along with your S1 to your local CPAM office. Applications take at least one month to process, and you will typically receive a temporary social security number within three months.

Can you still use the NHS if you are an S1 holder resident in France?

One final change post-Brexit is that S1 holders retired in France are no longer entitled to use NHS services in the UK. The UK’s NHS is a residency-based service, and therefore once you move to France, you give up your rights to healthcare in the UK. You can still apply for a French European Health Insurance Card (EHIC), which will grant you access to emergency and ‘necessary’ care whilst visiting the UK.

If you are an S1 holder who was already resident in France prior to December 31st, 2020, your rights are covered by the Withdrawal Agreement, and this includes the right to use the NHS. To gain access to NHS services, you can use your special UK EHIC card or present proof of your S1 card.

From applying for residency and understanding your pension options, to life in France for the over 60s – FrenchEntrée is here to help! Let our Essential Reading articles guide you through the whole process, then visit our French Tax, Healthcare, Wills & French Inheritance, and Life in France zones for everything else you need to know.

Previous Article Pension Options When Retiring to France: Planning for Your Future
Next Article Healthcare for Retirees in France: Your Options