Paying Tax on Your UK or Overseas Pension in France 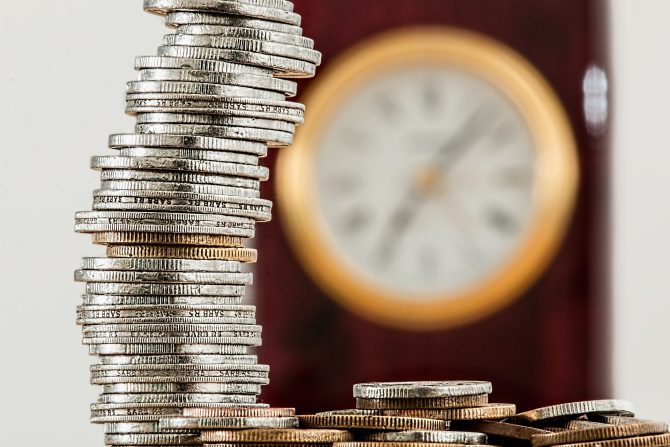 If you’re retiring to France, you will also become a French tax resident, and all global income, including your UK or overseas pension, may be liable to tax. So, how much will you be taxed on your pension in France, do you need to pay social charges, and what is the most tax-efficient option for receiving your pension? Here’s what you need to know.

Remember! French tax and pension laws are complex and are always subject to change, so it’s essential to seek up-to-date advice from an international financial and tax advisor. Make sure that you use a reputable firm who are proficient in both the French laws and the laws of the country your pension is paid from.

Is my UK or overseas pension subject to tax in France?

Is your pension subject to French tax if you retire to France? The simple answer is yes. Once you become resident in France, all overseas income and investments must be declared on your annual tax return. That includes any monthly, quarterly, or annual income from pensions and lump-sum pension payments. This doesn’t mean, however, that all of this income will be taxed or that it will be taxed twice—many countries, including the UK, have a double taxation agreement in place with France to prevent this from happening.

Tax on pensions in France

A notable difference is that in France, tax is calculated on the fiscal household rather than the individual, meaning that a married couple will submit a joint tax return. The tax scale and tax-free allowance are then calculated per unit, with a married couple counting as two units, a married couple with one child as 2.5 units, and so on. For pensioners, an important point to note is that a widow over the age of 74 is also granted an additional 0.5 units (and is therefore counted as 1.5 units), which offers according tax reductions.

Taxes on a UK or overseas state, government, or military pension in France

For some state pensions, you may be able to apply to your pension provider for a tax relief in order to pay your taxes in France. Alternatively, you will be issued a tax credit, and this will be offset against your French taxes (for UK pensions, see the section on How to Pay Tax on My UK Pension in France below).

Taxes on an American Pension in France

Unlike pensions from many other countries, under the France/United States double tax treaty, American pensions received by retirees in France, including 401K plans and IRA plans, will be taxable in the United States. You will not be taxed on your pension in France; however, you must still declare your US pension income on your annual French tax return.

Do I need to pay social charges on my pension in France?

French residents are liable for two different types of tax on their income—income tax, as outlined above, and social charges (prélèvements sociaux). These charges are slightly different from those levied on workers and employers, but they are applied to income sources such as investments, rentals, and capital gains, as well as pensions. For expats, the following will generally be charged on your pension unless you have an exemption and will grant you access to the French healthcare service:

The above rates are based on the 2022 (2021 income) rates and indicate a possible total of 9.1% social charges levied on your pension.

An exception to this is EU or UK retirees in receipt of a state pension who have an S1 form. In this instance, your pension income is exempt from social charges, and you will be able to join the French healthcare system using your S1 form.

One option that may be of interest to expats in France is that it is possible for many French residents in receipt of a foreign pension to pay reduced taxes upon withdrawing their entire pension as a lump sum.

This is detailed in article 163 bis of the French tax code and is dependent upon two factors:

If you choose to withdraw your entire pension in this way, you are able to benefit from a 7.5% fixed tax, calculated after an uncapped 10% allowance. With French tax rates reaching up to 45%, plus possible social charges that may also be levied on your pension income (see above), this could account to large savings, and would allow you to reinvest the capital in France.

A key point to note for UK pensioners is that the entire pension pot must be taken in one payment (see point 2 above). UK residents are able to withdraw up to 25% of their pension tax-free upon reaching pension age, and many retirees opt to do so before moving to France (after which the tax-free option becomes irrelevant as you would no longer be a UK tax resident). However, doing this would take the fixed-rate tax option off the table. Be sure to consider which option is really most tax-efficient for you in the long run – it might not be the one you think.

How to Pay Tax on My UK Pension in France

If you receive a state or workplace pension from the UK, you can continue to receive these when you move to France.

For UK non-government state pensions and workplace pensions, you will need to contact the International Pension Center to claim your pension, which you can do here and also to fill in an International Claim Form. You will also need to fill in a France Individual DT Form, which allows you to apply for exemption for UK Income Tax under the UK/France Double Taxation Convention. This form must be sent to your local Service des Impôts Particuliers in France before being sent back to the HMRC in the UK.

Note that the French tax office will not approve this form until you begin paying taxes or file your first tax return in France (filed annually in May for the preceding year). If you receive pension payments before this time, you will need to claim a refund on any outstanding taxes paid for the applicable period.

If you receive a government service or military pension (if you’re not sure which kind of pension you have, you can see a full list here), you also need to contact the International Pension Center as detailed above. However, it is not possible to obtain a tax exemption; instead, your pension will always be taxed at source in the UK. This means that UK taxes will automatically be deducted from your pension payments prior to you receiving them.

You will still need to declare the gross pension income on your annual French tax return, and you will receive a tax credit to offset any tax previously paid in the UK against any tax liabilities in France.

While this article serves as an introduction to some of the key points on French taxes regarding pensions, if you have specific questions regarding your pension in France or need help filling in your French tax form, it’s highly recommended to seek professional advice from a financial or tax advisor that specialises in French and UK taxes or retirement planning for personalised advice.

From applying for residency and understanding your pension options, to life in France for the over 60s – FrenchEntrée is here to help! Let our Essential Reading articles guide you through the whole process, then visit our French Tax, Healthcare, Wills & French Inheritance, and Life in France zones for everything else you need to know.