The AOC Wines of Provence 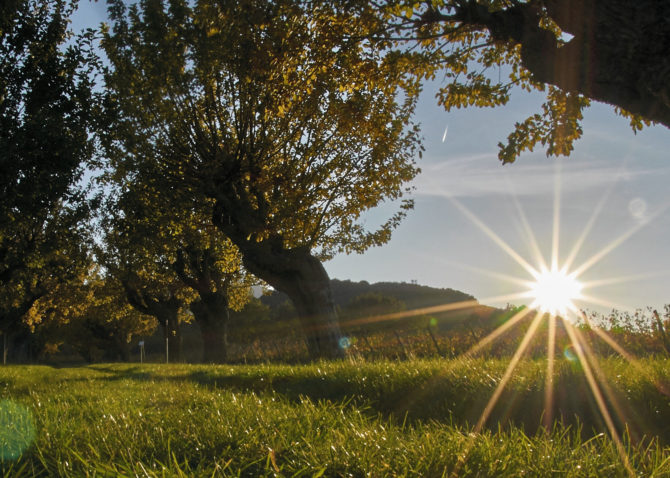 Vines existed in Provence before the Greeks arrived in 600 B.C., however it was first the Greeks, followed by the Romans, who introduced systematic growing and pruning techniques to Provence. The region has 3,000 hours of sunshine a year and very little rain – the classic Mediterranean climate. Provence is also lashed by storms in spring and autumn, often causing difficult and variable harvests. The region has an incredible variety of soil types and this is reflected in the numerous grape varieties in cultivation. According to Vins de Provence professional association, the region accounts for 6% of total French AOC wine production for all types of wines. Provence is France’s leading producer of AOC rosé wines with 40% of domestic production and 5.6% of worldwide rosé wine production. 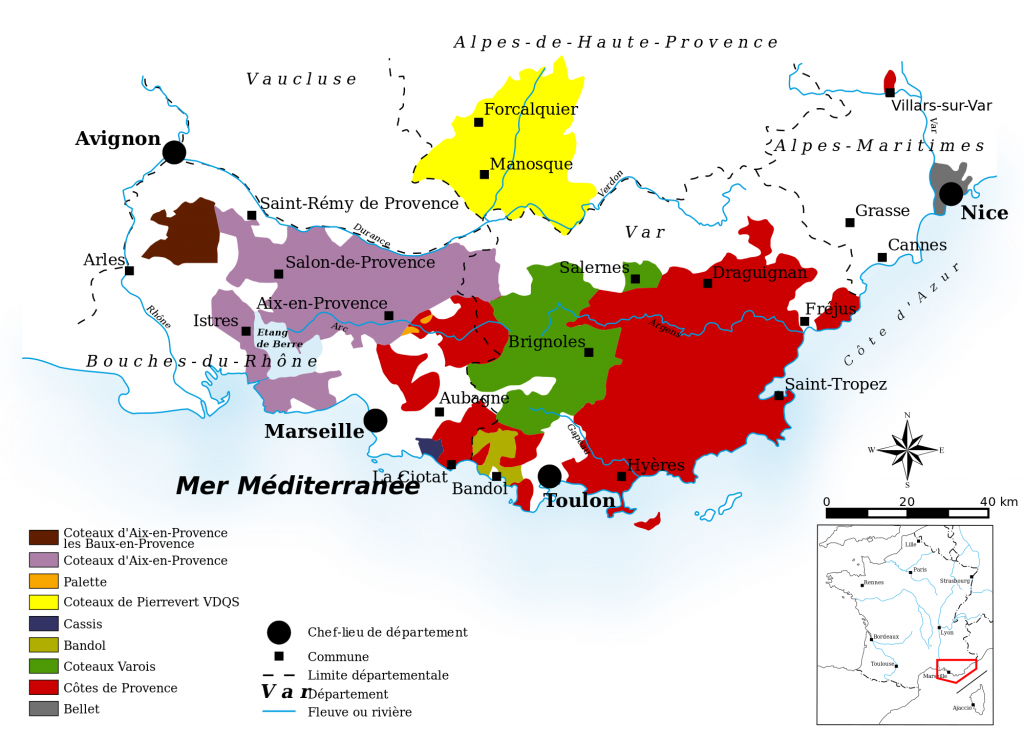 The wines of Bandol are especially fine and may be red, white or rosés. The Mouvedre provides the tannin and body and is most often blended with Grenache to produce powerful, well structured red wines best enjoyed after 4 or 5 years.

Rosés accounts for an ever increasing percentage of output, made from Cinsault, Grenache and Mouvedre whilst a small quantity of white wine is produced from Clairette, Bourboulenc and Ugni Blanc.
The wines are among the most fashionable in France, found on the wine lists of most Michelin restaurants. Bandol’s native grape is the Mourvedre and although white wines, made from Clairette, Ugni Blanc and Sauvignon are made it is the red wines that have made this region famous. Under strictly controlled laws the red wines of Bandol must be made from a minimum of 50% Mourvedre-the only appellation in France with this distinction-and aged in wooden foudres for 18 months prior to bottling. This ageing is necessary to soften the fierce tannins that are present in the young wines.

The soil is an extremely poor mixture of clay, limestone and gravel. The proportions vary considerably throughout the appellation, which contributes to the many different styles of Bandol red wine. The Mourvedre thrives in the hot, arid climate, ripening late and the vintage often lasts well into October. In the drying conditions of the Mistral, its tough, thick skinned berries rarely suffer from rot. However, it is a difficult vine to graft onto root-stock and after the arrival of Phylloxera the vine almost disappeared until the early 1940s when the appellation of Bandol was created.
[mrb]
Bellet

An extremely small area of only 40ha, Bellet has established quite a reputation for red, white and rosé wines. The reds are robust, sumptuous and well structured; rosés are supple, well structured, fruity and will age well whilst the whites are aromatic, elegant and well rounded.

The vineyard of Bellet is one of the oldest in France; it may have originated as far back as the arrival here of Phocean Greeks from Marseille.
The vineyard’s prosperity peaked in the early 19th century when it probably covered more than 1000 ha (~2.500 acres).
The vineyard has gone through severe hardships, but in 1941 the courage and determination of the local wine-growers, always fiercely loyal to their product, was rewarded when the wines of Bellet were granted AOC (Appellation d’Origine Contrôlée) status.

Although the AOC Cassis produces red, rosé and white wines it is the latter for which it is most known. Almost all of the areas production is drunk locally.
The white wine, made from Ugni Blanc, Clairette and Marsanne, is full bodied and dry.

A total of 49 communes make up the appellation of Côteaux-d’Aix-en-Provence producing red, rosé and a limited amount of white wine.

Red wines are fruity and supple in their youth and peak after 2 or 3 years. The principle grape variety is Grenache but you are likely to find Cinsault, Counoise and Mourvedre in the blend.

Most of the production concentrates on light and fruity rosé wines for early drinking and the white wines are made from Ugni Blanc blended with Clairette, Rolle and Bourboulenc.

This appellation covers 11 Villages in the département of Alpes-de-Haute-Provence : Corbières, Gréoux-les-Bains, Manosque, Montfuron, Pierrevert, Quinson, Sainte-Tulle, Saint-Laurent-du-Verdon, Saint-Martin-de-Brômes, Villeneuve, Volx, for a total of 4,000 acres of vines. The production is 10% white, 30% rosés and 60% red wines.

The AOC Côtes de Provence is the largest in Provence and concentrates on the production of rosés (80%) but red wine production is expanding.

The most common grape varieties are Grenache, Syrah, Cinsault and Mourvedre but Tibouren and Cabernet Sauvignon are also used.

The quality of wine produced is good, depending on the suitability of the terroir for the chosen grape variety.

At their best the rosés are excellent, full of fruit, soft and aromatic. The white wines are dry, floral and well structured. The red wines may be drunk young and are usually soft and fruity. 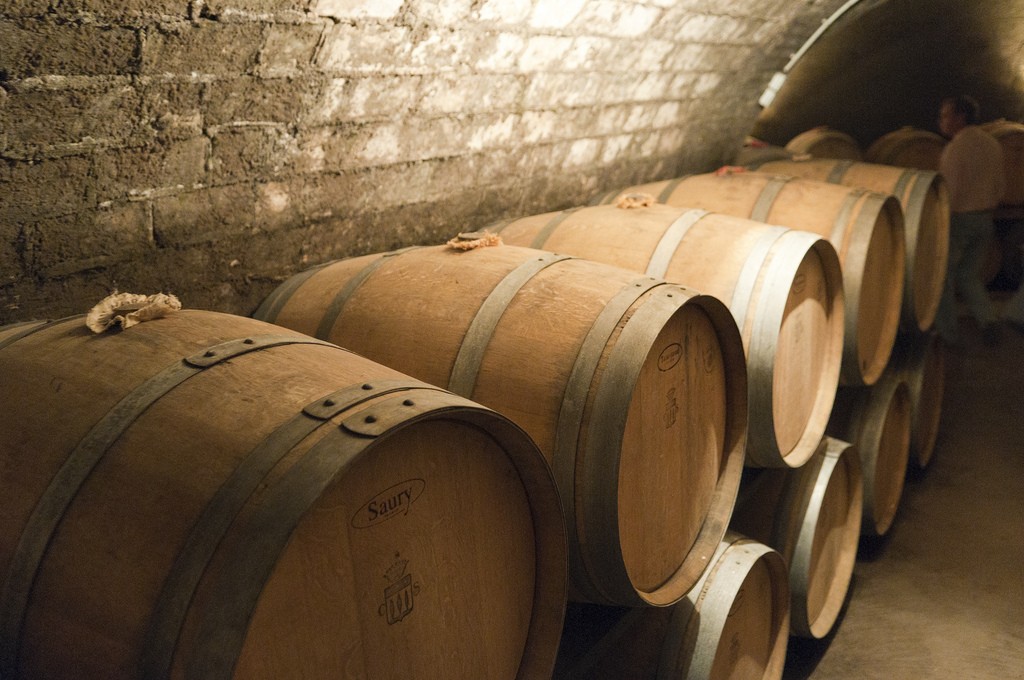 Palette is a very small vineyard, on the outskirts of Aix, producing white, red and rosés wines from a variety of grapes. The reds have excellent ageing potential.
The Vins de Palette appellation lies between the communes of Tholonet and Meyreuil and includes the estates of Château Simone and Château Crémade.

This Appellation was regulated in 2005. The latest to the list and probably the last one. The vineyard lies in a most beautiful setting, between two imposing mountain ranges, the Mount Sainte Victoire and the Monts Aureliens, on gentle,sunny slopes that harbor a gravelly clay-limestone soil.

The villages covered by the Appellation are: Châteauneuf-le-rouge, Peynier, Pourcieux, Pourrières, Puyloubier, Rousset and Trets. Varietals : 50% grenache and syrah minimum and also cinsault. Cabernet is limited to 10%.

The vineyard extends from Brignoles to the foothills of the Sainte-Baume range. The wines are grown in 28 communes, all of which are very keen to display their new emblem with pride, the Côteaux Varois appellation was awarded as recently as 26 March 1993. The area of 1,600 hectares (3,520 acres) under vines produces an annual yield of some 60,000 hectolitres.

Essentially organic, the style of viticulture practiced in the rapidly changing vineyards around Brignoles is increasingly successful. The distribution between colors is reasonably well balanced, with 40% of the volume being red wine (Grenache, Syrah and Mourvèdre), 55 % rosé (Grenache and Cinsault) and 5 % white (Rolle, Clairette and Grenache blanc).

The distribution between colours is 52 % rosé, 42 % red, with the remainder being the rarer, but no less palatable whites. To the east is the Côtes de Provence du Pays d’Aix, which radiates out from the Sainte-Victoire range.

The AOC of Les Baux de Provence is limited to the production of red and rosés wines only and the strict AOC rules ensure quality output.

The limited vineyard area and production level is some indication of the quality, but the range of les Baux wines is still relatively wide, with strong flavored reds (67 %), which should ideally be kept 5 or 6 years before drinking, and rosés (30 % by volume), to be drunk in their prime.