Flybe Collapse: How France is Affected 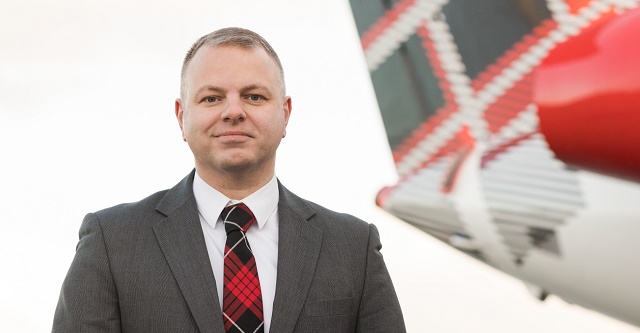 Last Thursday saw the collapse of UK-based airline Flybe, ending 2,000 jobs and threatening many more businesses that rely on its routes. The struggling company gained a reprieve in January thanks to a government loan, but coronavirus’ impact on the travel industry dealt the final blow.

It is devastating news for the staff and for the airports that depend on Flybe traffic: in Exeter, for example, up to 90% of all outbound flights were Flybe-operated. Around 8 million passengers a year depended on Flybe connections, and losing this network of low-cost flights will affect individuals and hundreds of businesses, especially in France, where Flybe brought holidaymakers to 13 airports across the country.

“We couldn’t believe it when we heard,” said Jim Western, a holidaymaker who had booked Flybe tickets to fly to Paris in May. “It was for our wedding anniversary, the hotel was non-refundable and although we have travel insurance, the excess fee is half the price of the tickets. They shouldn’t have been allowed to keep taking bookings even though they were in trouble. I’m just glad it happened before we left, we could have been stranded.”

Last Saturday, 250 passengers found themselves in exactly that position, as they had been due to fly home from Chambéry in the Savoie, and a further 3,000 were booked to fly between the UK and Chambéry in the next seven weeks alone.

In the southwest city of Bordeaux , Flybe had operated a seasonal connection from Birmingham that normally carries over 16,000 passengers in an 8-week period. Sophie Vergneres, Communications Manager for Bordeaux Airport, admits that given the current challenges facing the aviation industry, “it is highly unlikely that another company will come in at the last moment to cover this line” for 2020.

Mme Gaillard-Mairal of Bordeaux Tourism confirmed that this is an unprecedented situation.

“It’s extremely difficult, because the news about Flybe comes on top of the coronavirus, which is affecting every country, of course. Everything has been disrupted, people are calling every day asking for information, cancelling holidays or asking about postponing, it’s having a huge impact on local tourism businesses. We were saddened to hear about Flybe, a large number of our visitors come from Great Britain, so this is a serious issue. We’re having a crisis meeting Monday morning and will schedule regular follow-ups to ensure we respond as well as possible to the situation as it evolves.”

Along with the Flybe staff who find themselves redundant, perhaps the worst-hit are small businesses who rely on low-cost airlines. There are currently over 700,000 holiday rentals across the country, with a further 600,000 hotel rooms and more than 200,000 Airbnb listings, many of whom rely on budget airlines to bring in their customers.

One gîte owner we spoke to said, “When you run a small tourism business in France, there’s really not that much profit, you just don’t have the savings to face this sort of thing. Having low-cost airlines nearby helps keep your prices competitive, and without Flybe, even if someone wanted to book with us for later in the year, it’s bound to cost more to get here.”

Scottish airline Loganair has confirmed it is taking on up to 16 routes, with the company’s CEO, Jonathan Hinkles, stating that “Loganair is aiming to maintain essential air connectivity within the UK regions.” Since the announcement, the company’s customer service centre has been overwhelmed with calls, but Loganair is only covering domestic flights, and is not covering routes to France or elsewhere in mainland Europe.

Other airlines – including British Airways, Ryanair and easyJet – have offered a limited number of discounted ‘rescue’ tickets to those who have booked with Flybe, but the official advice is to approach your bank or credit card company to try to get your money back, and hopefully use it to rebook later in the year.

Previous Article The UK Government Is Allocating £3 Million to Support UK Nationals in the EU
Next Article French News Weekly: Could Cannes Film Festival be cancelled?