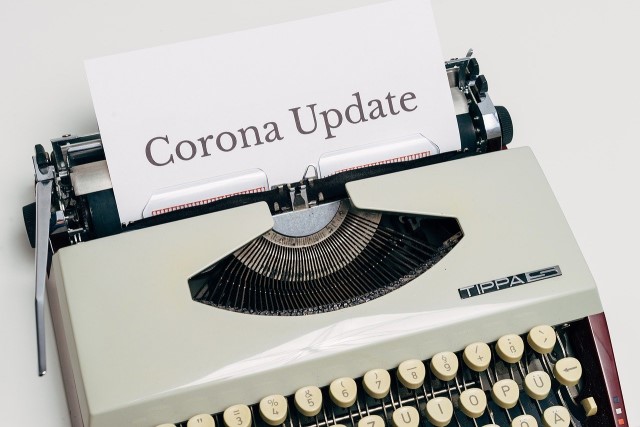 France recorded just thirteen Covid-19 related deaths in hospitals in the 24 hours to Sunday morning, according to figures released on the French Public Health website. This is the lowest daily death toll since March 14, before lockdown began.

The total number of deaths in France since the beginning of the epidemic has now reached 29,155, including 18,805 in hospitals and 10,350 in Ehpad (retirement homes) and other medical-social establishments (though figures for this sector have not been updated for a week).

The number of people in intensive care also continues to fall, with six fewer patients giving a total of 1,053. This is the lowest figure since 18 March.

The pandemic is now retreating in France, with the head of the scientific advisory council le Conseil Scientifique, Professor Jean-François Delfraissy, saying last Friday: “We can say, right now, reasonably, that the epidemic is under control.”

However, 150 cluster outbreaks have been identified (excluding Ehpads and restricted family environments) and reported to Public Health France (SPF), according to a report last Wednesday from the National Health Agency. The majority were in healthcare establishments, and included eight in Bouches-du-Rhône, seven in Nord, and six in Bas-Rhin.

Anyone arriving in the United Kingdom from overseas must observe a 14-day quarantine as of yesterday, Monday June 8. Read more about travel rights and quarantine measures for those visiting the UK or France here.

Covid-19 has played a positive role in French people’s lifestyles, according to a representative survey of 1,000 people by Odoxa-FG2A for franceinfo and Le Figaro Santé, though the prolonged period of sedentary living has prompted weight gains for 35%.

The French are now less likely to drink alcohol, eat fatty, sweet and salty foods and less likely to smoke. While 57% of those surveyed said they drank alcohol on a regular or occasional basis before confinement, only 51% admitted to it after confinement.
The proportion of people consuming fatty or sweet products also fell from 79% to 76% while 48% of respondents said they consumed very salty products before confinement and only 43% since deconfinement. There has also been a decline in the number of regular and occasional smokers, from 27% to 23% between the two periods.

The survey revealed that the practice of sport was not affected by confinement, with two out of three French people still participating in regular physical activity.

However, the more sedentary lifestyle imposed by confinement resulted in a marked weight gain for the French, with 35% of those surveyed saying they they had gained, on average, 3.2 kg. One in five gained more than 5 kg. Only 18% lost weight.

The Michelin Guide yesterday launched its “Bon menu” promotion, which consists of restaurants offering a menu based on local seasonal produce at the “right price”, and then donating 10% of the meal price to an association that benefits Covid-19 carers and patients.

The project also aims to revive the 3,500 restaurants in its guide that have been hard hit by the crisis, as well as the local producers who supply France’s eateries.

With international visitors unlikely to be able to come to France in the short term, organisers aim to lure French diners back “à table” first.

“The international clientele will probably be kept at a distance at first, so the key to recovery will be to get local and national customers back into our establishments,” Gwendal Poullennec, director of the guide, told Le ParisienAujourd’hui en France.

Other news from around France

Online declarations are now compulsory for all tax payers whose main residence is equipped with internet access. Deadlines are always staggered according to department number in France, and paper declarations can be made up to June 12.

Since 2019, income has been taxed at source (prélèvement à la source) for both salaried employees and micro-entrepreneurs (via their URSSAF monthly or quarterly income declarations) but the annual declaration of earnings is still required.

Work began yesterday to dismantle the scaffolding that has been in place around the Notre Dame cathedral spire, which was so badly damaged by fire in April 2019.

The 40,000 pieces of scaffolding, weighing 200 tonnes, must be removed to allow restoration work to begin.

Immediately after the fire, President Emmanuel Macron optimistically called for a five-year reconstruction plan. But the reconstruction of the cathedral has already experienced several delays and interruptions, including fears over lead contamination, high winds during the autumn and winter months and then the coronavirus, which saw work halted before being resumed on April 27.

The final shape of the spire is yet to be decided, with some calling for a modern design and others hoping for a faithful recreation of the destroyed one – built by Viollet-Le-Duc’s in 1859.

The governing body of notaires in France has launched legal action to prevent the estate agents’ association FNAIM from using a new logo that suspiciously like their own – claiming it is confusing customers. Read the full story here.