French News Weekly: A Rubbish Parcel and the Death of the Baguette 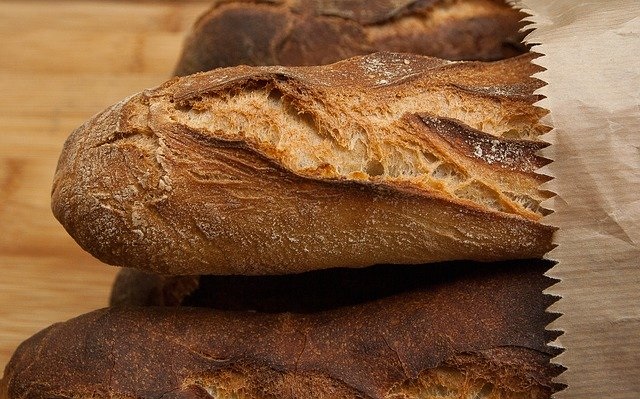 For British nationals it is a set to be a big week, with the UK formally withdrawing from the European Union on Friday, but what’s been happening in France? We’re taking our weekly look at the past week’s French headlines.

Just as the strikes seemed to be drawing to a slow close, with Paris Metro workers going back to their stations and SNCF going more-or-less back to normal last week, unions called for a new day of interprofessional strike action on January 29th. A finance meeting is on the cards for Thursday, and it is hoped that some compromises can be agreed that will satisfy all parties. It is not clear whether all unions will join this new day of striking. The Paris Opera only reopened on Saturday night, so it seems likely they will close down again. The organisation has already lost millions of euros in ticket refunds after cancelling dozens of shows.

Despite the protests showing no sign of abating, the French police have been ordered to cease use of the controversial stun grenade that has allegedly maimed multiple protestors. Some have suffered horrific injuries to their faces, and others even claim to have had their hands “blown off”. The GLI-F4 grenade contains TNT and is set to be replaced with something less dangerous.

Storm Gloria is still making its presence known in southern France, with high winds and flooding affecting Occitanie. Météo France has described the conditions as an “intense Mediterranean episode”. Spain has been affected much more severely by the extreme weather, with four people confirmed to have perished.

A prominent bread historian has warned that the classic French baguette is at risk of extinction. Steven L Kaplan said that globalisation, complacency and arrogance are factors in the decline of traditional techniques. He told the Telegraph: “Most French are no longer able to discern and then evaluate what constitutes good or bad bread. They take refuge in the citadel of subjectivity by saying: ‘I know it’s good, I’m French. Because I like it, it must be good.” The most telling sign of the fall of the French boulangerie was the lack of competition at the bakery world cup in Paris, held earlier this month. The podium was occupied by winners from China, Japan and Denmark, with little French representation from competitors. If you’re wondering, a traditional French baguette is often made with a sourdough starter and will feature a good crust and a chewy inner texture. They are also usually a little deeper in colour than the flabby, white, mass-produced baguettes seen in supermarkets.

Authorities from Malaysia have sent a rubbish parcel to France – literally! The USA, UK, Canada and France have allegedly sent plastic waste to South-East Asia in hundreds of shipping containers. Malaysia has hit back, saying that it doesn’t want to be the world’s landfill, and has returned several thousand tons of the unwanted garbage to its countries of origin.

15 people are under observation for suspected Coronavirus, after three cases were confirmed last week. So far, all the confirmed cases were people who had recently come to France from China, and no contagion cases have been confirmed. The French health minister, Agnes Buzyn, claims that French people have no cause for concern, as there is a test available and passengers entering the country from China are being given information in three languages in order to contain spread of the disease. Travellers attempting to enter France from Wuhan will reportedly be repatriated.

The French dog breed register has announced the Australian Shepherd as France’s favourite dog breed for the third year in a row. Shepherd types have always been in favour, with the German Shepherd top of the pack from 1947 to 2015, when it was pipped by the Belgian Shepherd. A surprise entry to the rankings is the Staffordshire bull terrier.

Taxes for new outbuildings are set to increase. Any shed with a floor surface area over 5m² will be subject to a new one-off tax. If you’re building a new structure, you might want to consider whittling down the floor space just a little, but don’t try and avoid the tax by “forgetting” to seek planning permission as breaches in planning consent can be costly and difficult, not to mention illegal.

Previous Article Ask the Experts: The Highs and Lows of Currency
Next Article What You Need to Know about Health Insurance in France