Brexit: What will change after January 31st? 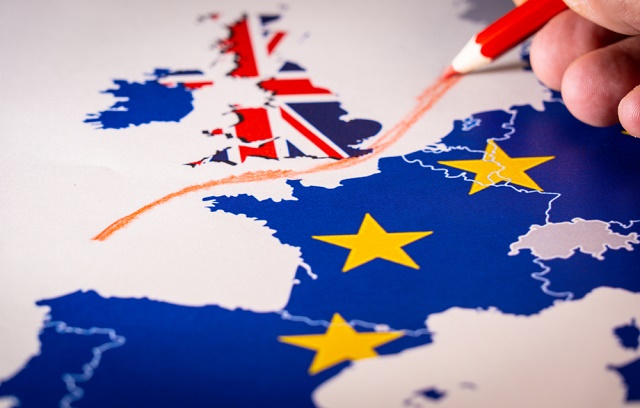 The UK and the EU parted ways on January 31st, following three years of discussion, dispute and ill-feeling on all sides. With the Withdrawal Agreement finally signed off, is our fate decided? What will happen now?

Truthfully, numerous issues are still to be settled, particularly with regards to trade, and other matters that have already been agreed upon will not come into action until the transition period is over at the end of this year. So, what do we need to be aware of right now? We take a look at what’s going to change.

The passport office has advised UK citizens to ensure their passports have a minimum 6-month validity if entering the EU, but otherwise you are still free to travel to Europe until the end of December.

Those in possession of a full UK Driving Licence will still be permitted to drive within the EU without any additional licencing, however some countries will require a permit and you will need a Green Card to validate your insurance.

The current pet passport system will also still apply until the end of the year.

Those who enjoyed using their mobile phones in the EU without roaming charges will be pleased to hear that this will still be possible until the end of the transition period, but this may not endure into 2021. This will be one of the issues on the table in the trade discussions.

Anyone who has been umming and ahhing about a big move to the continent may feel an increased sense of urgency. The EU and the UK have agreed that anyone moving to the EU from the UK before the end of 2020 will be afforded most of the same rights and freedoms as pre-Brexit émigrés. This applies to work, study, public services and benefits. This is not guaranteed after the transition period, so anyone who has dreamed about upping sticks for warmer climes might want to move their deadlines forward.

The Government has suggested that EHIC cards will work as usual during the transition period and will create a similar scheme from then on. However, it is worth investigating more comprehensive coverage, as the EHIC system has some limits. The exact replacement for the EHIC scheme has yet to be confirmed.

In the short term, nothing is likely to change before the transition period has concluded, however you should use this time to plan ahead. Some experts predict that there will be some short-term rise in interest rates when the Conservative budget takes place. Stockholders may also benefit from a strong post-Brexit economy, but this is far from guaranteed.

For those of you living abroad, you must bear in mind that the triple lock ensuring the increase of state pensions in line with inflation does not apply to retirees living abroad. If you are living in the EU your pay-outs will be raised, but it has not been confirmed whether this will remain the case indefinitely. For those outside the EU you may find that your payments are frozen.

The process of buying and selling houses is unlikely to be affected by Brexit, but it’s been suggested that a regulatory change could see the UK dropping the EU mortgage credit directive. The scheme was touted as a set of consumer protections but has also been criticised for seeming to lock buyers in with their mortgage providers. While this isn’t confirmed, the change could make mortgages more competitive.

Property prices have been seeing a steady rise since the Conservative majority in December. Some experts suspect this may continue after Brexit, which is great for sellers but may make decamping abroad a more attractive prospect. It might be wise to approach any overly-optimistic predictions with a modicum of suspicion. House prices are closely tied to other economic factors, such as wages, interest rates, lending restrictions and cost of living, and with many things still to be settled and decided during the transition period it could prove a slightly turbulent time for the UK property market. Consumer confidence is currently low, and hesitance can cause trouble. Some good news is that a no-deal departure was predicted to wipe 10% off house prices, so we can take some comfort in the fact that this outcome was avoided.

Traders rejoiced as the Conservative majority seemed to provide some certainty and, accordingly, the pound experienced a spike in value. However, this was short-lived, and the rate has been fluctuating ever since. All experts suggest that the immediate wake of Brexit is unlikely to change the value of the pound for long, if at all, and that the trade deal negotiations will be far more influential. In the short term, anyone planning to exchange currency would be well-served to investigate the services of a currency expert to take advantage of the market when it’s at its most beneficial.

In summary, it seems like few things are likely to change overnight. While the Withdrawal Agreement may be signed and sealed, we will all have to wait a little longer to find out how a post-Brexit Britain will really look. The transition period will be a period of relative predictability for Brits, but 2021 will be an entirely different kettle of fish.

Previous Article What You Need to Know about Health Insurance in France
Next Article How does the EU Travel Information and Authorisation System (ETIAS) work?