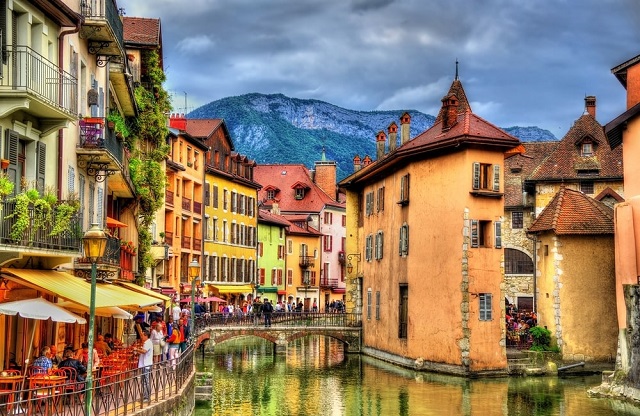 Citizens and travellers alike finally have some cause to celebrate as the Paris Metro strike finally ended today. But what else is happening in France? We’re catching up with the latest news headlines.

Members of the UNSA rail union resumed work today, with service on the Paris Metro almost back to normal. This is only the start, though, as many other unions are still digging in their heels as the stalemate drags on into its 47th day. While ports are blockaded and Yellow Vest protestors take back to the streets, the musicians of the Paris opera performed an open-air concert outside the Opera Garnier. Last month a ballet was performed at the same venue to protest the universally-unpopular pensions reforms. Disappointed museum-goers were faced with the total closure of the Louvre on Friday, as strikers shut the entire museum down for a full day. The cost of the strike is now estimated at over €1billion.

Marine Le Pen is doubling down on President Macron’s difficult start to the year, by announcing her plans to run in the 2022 presidential elections. The far-right leader lost badly to the embattled Macron in 2017 but perhaps his current unpopularity will give her an edge with centrists.

As British MEPs sit in Brussels for the final time, the European Parliament has warned of a “cliff-edge” if negotiations do not move forward constructively, leaving the UK vulnerable at the end of the year. Several issues are still being hotly debated, such as trade, freedom of movement and security.

A study of data that has taken two years to compile has named the best – and worst – places to live in France. The Villes et villages où il fait bon vivre association assessed eight key areas: education, shops and services, health, sports and leisure, solidarity, quality of life, and transport. The 34,841 municipalities of France were ranked based on data provided by the National Statistics Office and, controversially, did not take residents’ views into account. The winner of the coveted top spot of the category for towns or cities with more than 2000 inhabitants was Annecy, in the Haute-Savoie, closely followed by Bayonne, La Rochelle, Angers and Le Mans. In the category for locations with fewer than 2000 inhabitants the top three were Peltre, Guéthary and Martinvast.

Brits abroad in the EU have been invited to submit a postcard to a new exhibition about expat life. The Brexit Brits Abroad project, led by Dr Michaela Benson, is part of a new collaboration with the Migration Museum in London. Dr Benson wants to showcase real, personal stories and give the public a glimpse into life as a Briton abroad.

The mayor of Montrécourt (Hauts-de-France) has taken a radical new approach to curb speeding in his village by introducing new signage. In addition to the usual speed limit signs two cartoons are being displayed. One features the Grim Reaper and warns that death is waiting at the end of the road, and the other features an elderly woman with a gun, saying “Slow down or you’ll make the mayor angry!” This supposedly comedic approach is a last-ditch attempt to slow down dangerous drivers who allegedly hurtle through the village at up to 100mph.

A report published last week indicates that the traditional family structure is becoming less common in France, while single-parent families are on the increase. Couples seem less interested in marriage and birth rates are stabilising after a brief decline between 2015 and 2018. Life expectancy also improved, with the average lifespan calculated at 85.6 for women and 79.7 for men. This puts France second in the pack for longevity in Europe, bested only by Spain.

French fashion icon, Jean Paul Gaultier, has announced that his next haute couture show will be his last at the helm of his legendary brand. The designer ceased creating ready-to-wear collections five years ago to focus on couture, while his perfumes remain as popular as ever. His fascination with corsetry, bondage and risqué fabrics made him a slightly controversial figure who will be sorely missed by the fashion world.

L’Auberge du Pont de Collonge in Collonges-au-Mont-d’Or has lost its rare third Michelin star. The restaurant, founded by the late, great Paul Bocuse, was judged to be still “excellent but not longer on the level of three stars”. Only 26 3-star restaurants remain in France, after Marc Veyrat’s La Maison des Bois was famously downgraded last year.

Previous Article Do I need to worry about flu in France?
Next Article Buying Case Study: Use Your Loaf When Looking for a Home