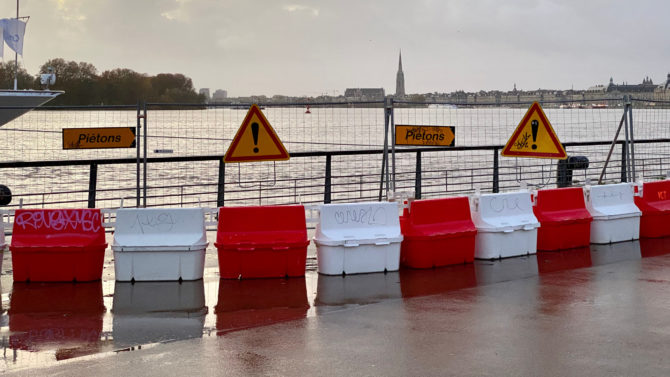 In this week’s news update, we’re taking a look at the latest headlines from around France. What has happened since last week?

The French Prime Minister, Edouard Philippe, has said that the government is open to compromise on proposed pension reforms. The proposed measures, which have been hotly-contested, will address a system that allows some workers to retire in their fifties. The PM says he “stands by” the decisions made in the original reform proposal, but is open to other ideas.

Despite this concession, French lorry drivers have added their support to the mass strike scheduled for the 7th December. The participation of lorry drivers is expected to cause huge disruption for transport. This latest addition to the roster swells the ranks of unions involved in the protest, which already included health, postal and rail workers. The majority of French people (over 66%) believe that this action is justified.

Taxpayers have been warned that the deadline for amendments to online tax declarations is nigh, with any changes due by the 17th December. The government has been cracking down on lost taxes recently, including issuing bills to restaurateurs who dine at their own establishments.

Terrace heaters used in restaurants are facing a potential ban over pollution concerns. The mayor of Rennes is introducing a ban from the start of 2020, following in the footsteps of Thonon-les-Bains.

Three rescue workers have died in a helicopter crash while attempting to aid flood victims near Marseille. The cause of the crash in being investigated, and the bodies have been recovered. It’s thought poor visibility caused by fog could be to blame. At least six people have died in the extreme flooding, including a shepherd who was swept away by a swollen stream in the Var.

Chef Marc Veyrat appeared in court as his row over the misjudging of a soufflé rages on. He has contested the removal of his restaurant’s third Michelin star, questioning the competence of the critic who judged his food. He has claimed €1 in symbolic damages, but the Michelin guide has countersued for €30,000, calling the case “grotesque”.

In further culinary news, Laurent Fortin, a French pattisier from Eure, has returned to France after nine months of imprisonment and two years’ parole in China. He was jailed after a scandal involving expired flour in a Chinese factory. He is reportedly shaken but doing well and is resting with his parents.

Cardinal Barbarin is facing a career-ending court battle for allegedly covering up the sexual abuse of children. He previously attempted to leave his post when he was convicted in March for failing to report the predatory actions of Bernard Preynat, but the Pope refused to accept the resignation until the conclusion of the appeals process. Bernard Preynat has admitted to abusing as many as 85 boys from the 1970s to 1990s and will be tried in Lyon in January. The case gained further notoriety as the subject of a film by François Ozon.