My French village: between light and shadow 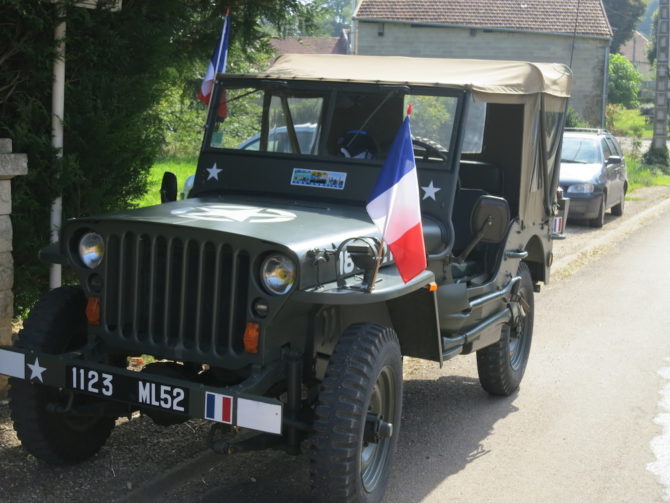 This Sunday we had a memorial ceremony for the 70th anniversary of a brutal WWII battle that took place in my placid little village in deepest rural France. As in art, there is no light without shadow, so the harsh history of this part of France is one of the factors that makes it such a wonderful place to live in today. Let me tell you a little bit about my village…

[Would you like us to publish your article about your village? It’s easy, see below to enter our writing competition].

We wake up to a clear blue sky on Sunday morning. We all walk down to the lavoir, greeting each other with double air-kisses, smiles and ça va? Except something is different. Casual clothes and farming overalls disappear in favour of smart suit-and-tie. Ladies in their best dresses stand next to standard bearing veterans in their impeccable outfits and medals.

Our Maire calls out: flags raised! The Marseillaise plays. Flags are tipped down in memory of the fallen. A greeting line of all the authorities shake hands one by one with the flag bearers and thank them. Because each one of these men carry with them the heavy burden of the memory of what took place here seventy years ago.

On September 11, 1944, this sleepy pastoral outpost was shaken to its core. It so happened that the 1er Régiment de France had just officially recognized the FFI Liberation forces, having previously been under the orders from occupied France’s Marechal Petain. FFI was the formal name used by General De Gaulle to refer to resistance fighters. The change in designation to FFI was being rolled out as France changed from the occupied nation status to one in process of being liberated by the Allied armies. Now in a position to attack, they engaged an important German column in a battle that lasted 3 days and claimed numerous young lives on both sides.

Camille Lefevre, 93 (left), the eldest of the standard bearest, took part in the battle in this very spot in 1944

While we walk the short distance back to the Mairie for the vin d’honneur, Camille Lefevre, 93, the oldest of the flag bearers, speaks of that day with a muted shrug, his eyes full of wisdom, “I was 23, I was a message-runner for the maquis.” He then points to a spot in my neighbour’s flower-filled garden, next to the church “that’s where I was. That was my spot. My father had fought in the first war, and my grandfather in the Franco-Prussian war, so naturally here was I, in this garden, with a rifle in my hands.” 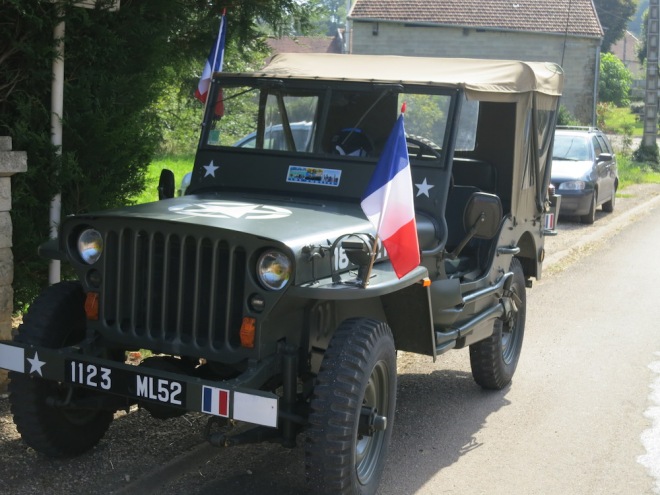 Conversation shifts to ordinary life, a friend tells us about her holiday in La Rochelle, children are excited about starting school. As expected, talk soon turns to food and wine with comments on the local champagne and the finger-food and little mignardises, which were all quite delicious by the way. Just another day in my village.

Oh! So you think you can write? … of course you can! Tell us about your village and join the ranks of FrenchEntrée community contributors plus a chance to win a fine bottle of champagne. There’s still time, entries until September 30.