News Digest: Final Round of the French Elections 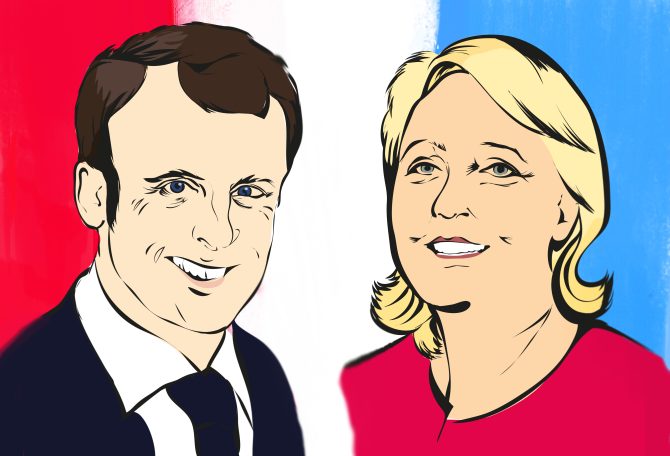 It’s the French Presidential elections this week, plus France opens a new online portal for mental health services and don’t forget to fill in your French tax declaration. Here are the French news stories you need to know about this week.

Presidential candidates Emmanuel Macron and Marine Le Pen will go head-to-head in a televised debate this Wednesday (April 20) evening. The two-hour debate is a pinnacle moment in France’s presidential election campaign and all eyes will be on the two candidates ahead of what is set to be a historically tight election.

Back in 2017, 16.4 million viewers tuned in to see Macron and Le Pen in their first presidential debate, which was largely seen to go in Macron’s favour—a fact that may well have cemented his 66.1% victory. This time around, with the polls showing a tight race and many voters still undecided, it could well be even more crucial.

Hosted by Léa Salamé (France 2) and Gilles Bouleau (TF1), the debate will be broadcast live on France 2, TF1, LCI, and Franceinfo channel 27 from 9pm (French time). The order that candidates may answer in will be drawn out of a hat on the day, and each will be allocated the same amount of time to answer.

2. Final Round of France’s Presidential Elections

The second and final round of France’s long-awaited presidential elections will take place this Sunday, April 24, with voters choosing to either reelect incumbent President Emmanuel Macron or hand over the presidency to far-right candidate Marine Le Pen. The race is set to be a tight one, with the most recent polls (as reported by Franceinfo and Le Parisien) suggesting Macron will win with 55.5%, inching up from the post-first round polls, which predicted a win with a mere 53% majority.

The largest deciding factor in the second-round elections will be the decision of the 22% of voters who opted for leftwing candidate Jean-Luc Mélenchon in the first round of elections. While Mélenchon expressly did not endorse Macron, he repeatedly instructed his voters “not to cast a single vote for Le Pen”. However, surveys suggest only a third of Mélenchon voters plan to vote for Macron, with most preferring to abstain or return a ‘vote blanc’ (a blank vote).

Also worrying is the potential number of overall abstentions, with polls suggesting that a quarter of eligible voters may not vote at all.

If you live in France and have access to the French healthcare system, you can now benefit from access to mental health services covered by your state health insurance. Everyone registered for L’Assurance Maladie will have access to eight sessions with a psychologist or psychiatrist at a capped rate, 60% of which will be reimbursed through your Carte Vitale.

Now that mental health services are covered by the state insurance, it is also likely that your mutuelle top-up health insurance will also cover the difference, although you should check this with your mutuelle insurer as policies differ.

You can access the services and make an appointment with a registered psychologist or psychiatrist via the online portal Mon Psy.

The online portal for filling in your French tax returns is now open, and if you live in France or have income from French sources, it is your responsibility to file an annual tax return. If you are submitting your tax declaration by post, you have until May 19 to send in your tax return. For online declarations, the deadlines are staggered depending on the French department you live in:

If you are unsure about whether you are tax resident in France, what income tax you are liable for, or how the fiscal household is calculated in France, our Essential Reading articles will take you through everything you need to know.

Previous Article Where to Buy in France – Creuse: Buying Hotspots
Next Article Giving Away Your French Holiday Home: What Are the Tax Consequences?

News Digest: How Will You Be Affected By France’s Energy Crisis This Winter?