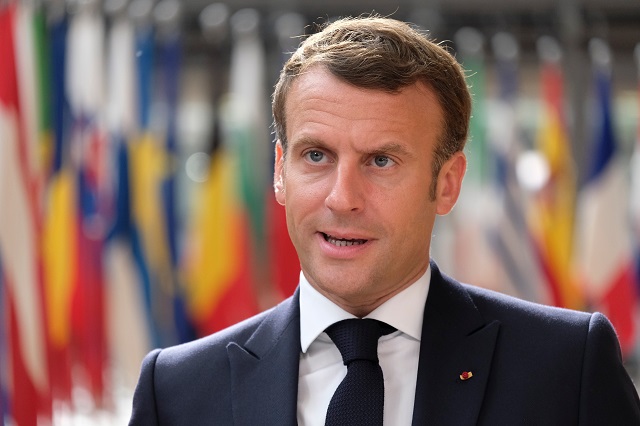 France updates its traffic light list for travel, President Macron announces his bid for re-election, and the end is in sight for the Vaccine Pass. Plus, sign up for our upcoming FrenchEntrée webinar now! Here are the French news stories you need to know about this week.

French Prime Minister Jean Castex announced last week that the Vaccine Pass, which is currently required for entrance to bars, restaurants, and entertainment and leisure venues, will be scrapped from Monday, March 14th. This is particularly good news for tourists visiting France, many of whom have struggled to gain access to the pass for themselves and their children due to the differences in overseas vaccination programmes.

With the health situation continuing to improve and pressure on hospitals reduced, the suspension of the pass means that you will no longer need to present proof of vaccination in order to enter the above-mentioned venues. A Health Pass (activated either by proof of vaccination or proof of negative Covid-19 test) will still be required to access care homes and hospitals.

French President Emmanuel Macron confirmed last Thursday that he would be running for re-election in this April’s presidential election. Although the announcement didn’t come as a surprise, it did come just 24 hours before the official deadline for candidates to declare their electoral bid.

The formal announcement was made as a “Letter to the French” from Macron, published online and in the French regional newspapers, in which the President laid out his priorities for the next five years, including plans to tackle inequalities and ensure that all children have equal opportunities, cutting taxes that “weigh down work and production”, investing in healthcare and elderly care, and investing in renewable energy sources.

While Macron did not mention current events directly (the subject of his speech to the French public the day before), he lamented that “I will not be able to lead this campaign as I would have liked to because of the context,” and declared himself “a candidate to invent, with you, a unique French and European response to the challenges of the century.” He continued: “I am a candidate to defend our values that the world’s disruptions threaten. I am a candidate to continue to prepare the future of our children and our grandchildren.”

You can read the full letter (in French) here.

France has once again updated its Traffic Light list for travel, adding 29 new countries to its green list, including South Africa, Canada, and others, and removing all countries from the red list. The UK, United States, and Australia remain on the Orange list, while all EU and Schengen zone countries are green.

These new rules are in effect as of March 3rd, 2022. See the updated list and map in our guide to France’s Traffic Light System for Travel.

4. Register for this Month’s FrenchEntrée Webinar

FrenchEntrée webinars are back, and we’re kicking things off with an expert look at Buying in France in 2022. Join us on Thursday 31st March at 10am GMT when we’ll be answering all your frequently asked questions on buying French property and moving to France.

I’ll be joined by FrenchEntrée Property Consultant Fiona Watton, Currency Exchange Specialist Mar Bonin-Palmer from Moneycorp, and International Legal and Tax Advisor Dan Harris from Stone King, who will all be on-hand to answer your questions and offer their insight into the current property market.

Register now for the free webinar here and put the date in your diary!

Finally, if you have a question or subject that you’d love for our experts to address in this webinar, why not let us know in advance? You can send your questions to us at [email protected]

Previous Article News Digest: France Stands in Solidarity With Ukraine
Next Article Civil Partnership, PACS or Marriage: Will My PACS Be Recognised in the UK for Inheritance Tax?