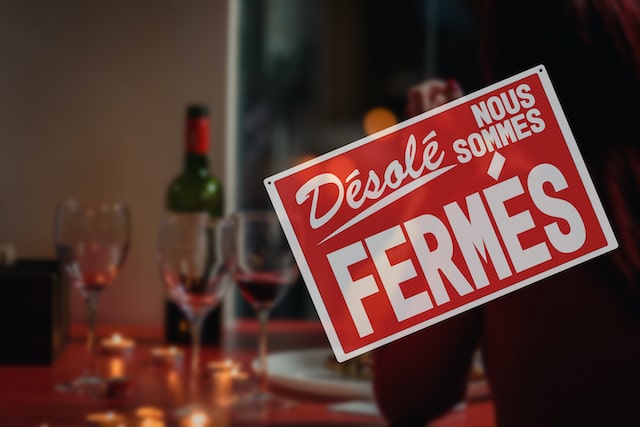 In France, the last report provided by health authorities concerning the Covid-19 pandemic, has revealed at least 5,296,222 confirmed cases, a rise of 6,696 in the 24 hours to Monday.

The total number of deaths now stands at 101,180, with 447 more in the same 24-hour period (with the proviso that weekend reported figures are always lower than recent trends suggest – 33,000 has been the average daily figure for new cases, see below). The number of deaths in EHPADs (care home) and EMS (medico-socio centres) is 26,170 and 75,010 in hospitals.

Below is the Santé Public France data by region:

Meanwhile there was embarrassment in Nice over the weekend after it was revealed that a bespoke AstraZeneca vaccination centre was forced to close due to a lack of people turning up to be vaccinated.

Despite having 4,000 doses available to administer, just 58 people had received a jab by Saturday afternoon and the centre closed down. It was opened specially for teachers, prison workers and police over 55.

Late communication was blamed for the jab flop: “The decision was taken late on Thursday [when it was announced by Prime Minister Jean Castex], and the National Police and the National Education could not warn their staff until Friday, so it was a bit tight,” Veronique Borré, director of the Agency for Environmental Health Security and Risk Management for the city, told Nice Matin.

Regional deconfinement on the cards

French Health Minister Olivier Véran has said he is in favour of a “territory-by-territory approach in lifting the curbs” on the Covid-19 epidemic. “When we consider lifting a certain number of constraints, we must look at the epidemic situation in each territory, the hospital situation and, in general, the level of saturation of hospitals in France,” he said in an interview with Brittany’s daily paper Le Télégramme yesterday.

He also spoke of “a decrease in the epidemic” observed over the last five days, even if this decrease remains “fragile”. “There are fewer new daily cases,” added the minister, “we had risen to 40,000, we are now around 33,000 cases each day on average.”

Asked about a lifting of the curfew before the start of the summer holidays, Olivier Véran remained evasive. He told the newspaper that “the set of restraint measures will be re-evaluated at different times, in a progressive way”. However, the minister “hopes” for “a calm summer” but “vigilant, like last year’s”.

Mid-May reopening for restaurants and museums?

French President Emmanuel Macron confirmed on Sunday that he would like to start lifting certain Covid-19 restrictions from mid-May in France, with bars, restaurants and cultural venues set to benefit, albeit under strict sanitary measures such as 50% capacity inside restaurants.

It confirmed what was reported after his meeting with several French mayors last week.

Schools and crèches will re-open as previously planned next Monday, April 26, after being closed for three weeks.

Speaking in English on US news network CBS, Macron also said that early May would see a gradual lifting of travel restrictions for Americans coming to France, provided that they have received two Covid vaccine doses and carry a “special pass”.

“We have vaccinated more than 12 million people,” he said. “And we will gradually lift the restrictions at the beginning of May, which means that we will organise in summertime for French and European citizens [to travel], but also American citizens.”

Macron did not elaborate on what that “pass” would look like, though it will likely resemble the smartphone one being planned for June for those travelling within Europe.

Of this European pass, European Commissioner for the Internal Market Thierry Breton told news channel BFMTV: “The Commission is working on all the digital provisions (…) it will be done by mid-May. In parallel, we are working with the Member States and we will be able to start the first operational tests at the beginning of June for an implementation, we hope, in mid-June, at the end of June at the latest”.

The pass, which would be voluntary, will also apply to children (who will therefore have to be tested before travelling), and will contain “three main elements: whether or not you are vaccinated, whether or not you are immunised, and the status of your situation in relation to a test” – if the person does not fall into the first two categories.

Less good news for travellers from Guyana, Brazil, Argentina, Chile and South Africa – as from this Saturday, they will have to undergo a 10-day isolation upon arrival in France, said Clément Beaune, the Secretary of State for European Affairs.

Previous Article Is Normandy France’s Latest Property Hotspot? The Sunday Times Seems to Think So….
Next Article When Is the Right Time to Exchange Your Currency?