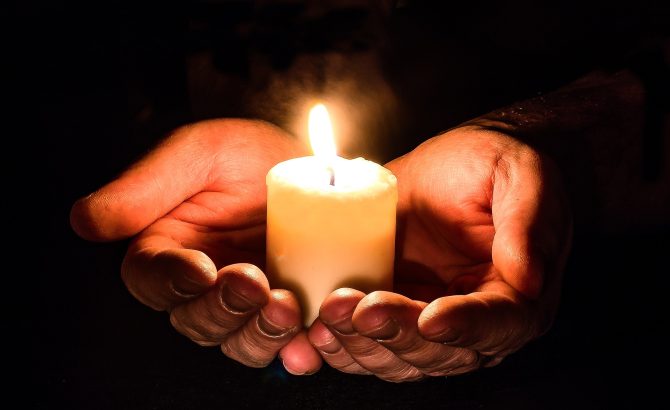 French homeowners and second-home owners fear power cuts this winter, while snow is being forecast in some areas of France, and it’s time to celebrate St Nicolas Day. Here are the French news stories you need to know about this week.

There have been worrying talks in recent weeks about the possibility of enforced power cuts, but French President Emmanuel Macron has insisted that there was no need to panic, telling reporters this morning: “We are a major power, we have a great energy system, and we’re going to get through this winter despite the war”.

However, last week, the government released guidelines to local authorities in case the energy grid becomes overly strained – a possibility if supply issues coincide with extreme weather conditions. In this instance, planned power cuts of up to two hours may be organised in ‘low priority areas’ (typically rural localities). These would be organised in the morning or evening (between the hours of 8am and 1pm, or 6pm and 8pm) and would not affect hospitals or other ‘priority’ buildings and services. These are only expected to take place in times of extreme energy shortages and no power cuts are currently planned. You can keep an eye on the Ecowatt website to monitor conditions in your area – red alerts will be issued at least 3 days prior to any possible power cuts.

It’s not only the ongoing impact of the Ukraine war that has created France’s energy problem – it’s also because many of France’s nuclear reactors are currently out of service, as we reported back in September, leading France (which is typically a major exporter of electricity) to rely on importing electricity from neighbouring countries such as the UK, Germany and Spain.

Our advice? There’s no need to worry unduly, but French homeowners should still look to follow the government’s recommendations for reducing energy usage as much as possible. The government maintains that these power cuts can be avoided altogether if they reach their target of reducing winter energy usage by just 10% across the country. Small changes can add up, so everyone should try to do their bit (and as a bonus, you should see a reduction in your energy bills). Read our article 8 Ways to Save on Living Costs in France This Winter for more ideas.

After an unusually warm start to the season, we’ve all been feeling the cold in France over the past couple of weeks. While ski season has already kicked off in the mountains, some lowland areas of France, including the Grand-Est and the Hauts de France and Paris region, saw their first snowfall of the season yesterday.

More snow is predicted for this weekend in the north and northeast of France, as well as in central France around the Cher département. 24  départements have been placed on yellow alert by Météo-France for snow and ice. On a similar note, if you’re travelling in France’s alpine regions, remember that snow chains are now a legal requirement in many areas.

Christmas is still a few weeks away, but France’s German neighbours are today celebrating the first event of the festive season – St Nicolas Day. While the festival is not typically celebrated throughout France (and there’s no jour férié, I’m afraid!), it is still celebrated in many areas of the Alsace.

Festivities include parades and concerts in Strasbourg and surrounding towns and villages, with gifts for “sage” (well-behaved) children and plenty of traditional gingerbread treats. If nothing else, it’s a great excuse to indulge in some festive gingerbread!

In other festive news, Lyon’s legendary Fête des lumières, the biggest of its kind in France, is kicking off this Thursday with spectacular illuminations planned throughout the city.

4. France and England go head-to-head in the World Cup

Finally, as a Brit living in France, I can’t resist the opportunity to wish the English team luck for Saturday’s World Cup quarter-final match against reigning champions France! After France beat Poland 3-1 on Saturday and England beat Senegal 3-0 last Sunday, the two teams will go head-to-head this Saturday, December 10th.

The quarter-finals match takes place at 8pm French time and will be shown on free-view channel TF1. Or, if you fancy watching with your French friends, bars across France are likely to be screening the match. Come on, England! (and, because we love France, too: Allez les bleus !).