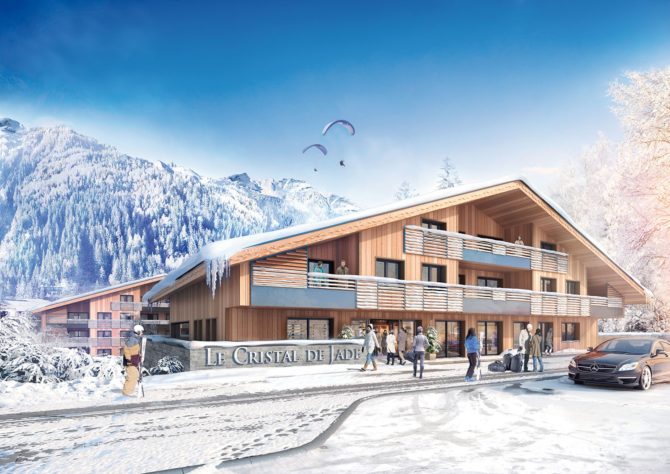 Just a year after announcing plans to build what is expected to be rated as the first ever five-star résidence de tourisme in the French Alpine ski resort of Chamonix-Mont-Blanc, the developer MGM reports that Britons have snapped up a third of the Chamonix apartments sold to date.

This means that only around 20 now remain available to buy, reports Richard Deans of MGM’s UK sales office in London’s West End. He said: ‘That figure is poised to drop following the recent huge surge in interest levels among UK buyers as sterling rose sharply against the single currency, topping the €1.30 mark to a level not seen since March 2008.’

As soon as the snows melt in the spring sunshine construction work will get underway on MGM’s new Résidence Cristal de Jade. It will occupy a site of just over half a hectare (about 1.2 acres) at the foot of the Aiguille du Midi cable car which lifts skiers to an altitude of 3,842 metres and a 360 degree view of all the French, Swiss and Italian Alps.

The résidence – the biggest new development in Chamonix for many years – forms an integral part of a new quartier (district) created on the southern edge of the town.

‘It is the last piece in the jigsaw resulting from the sale for development of parcels of land owned by the operator of the Aiguille du Midi cable car in order to fund a €470 million renovation and modernisation programme,’ explains Richard. ‘The aim is to enhance the visitor experience for more than a million skiers, walkers and climbers who use the lift all year round.’

When it is completed next year, MGM’s new résidence will comprise three traditionally-styled four-storey chalets together containing 56 apartments ranging in size from one-bedroom to four-bedrooms. All those with two or more bedrooms will have two bathrooms, one of which is en-suite to the master bedroom.

The apartments come with use of a private garden, underground parking, cellar storage, locker rooms, laundry and drying rooms.

Facilities within the résidence will include indoor pools for adults and children, a fitness suite, gym, sauna, jacuzzi and steam rooms, as well as an Ô des Cimes spa and beauty centre with a variety of massages and treatments on offer.

A free WiFi service will be provided throughout the building.

Shops and restaurants are on the doorstep of Résidence Cristal de Jade. Many more are within a ten-minute level walk to the historic town centre of Chamonix, situated beneath the 4,810 metre high Mont Blanc, the highest peak in the Alps.

Current off-plan prices start at €320,000 for a two-bedroom apartment.

Prices, which include underground car parking, cellar storage, use of locker rooms and drying rooms, exclude French VAT at 20 per cent which is waived under the leaseback scheme. 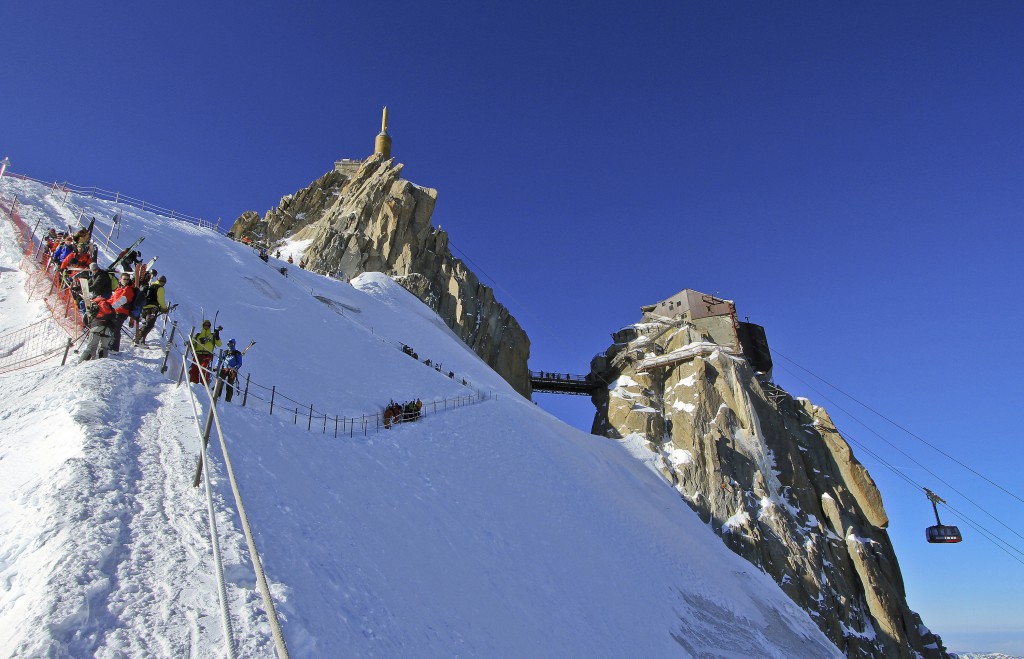 The ski resort of Chamonix

Located at the foot of the Mont Blanc range of mountains and boasting four main skiing areas, Chamonix is more than just a ski resort; it is a cosmopolitan town offering accommodation of all types, three Michelin starred restaurants, several museums, shopping, après-ski night life and a big sports centre.

Access to the ski areas is easy thanks to a guest card system giving visitors free use of local bus and train services, as well as an all-day mini-bus shuttle service.

Recent improvements to facilities for winter visitors include a natural ice rink, the biggest of its type in France, and a cross-country area with new snowshoeing itineraries.

New hiking trail itineraries are being launched for this year’s summer visitors.