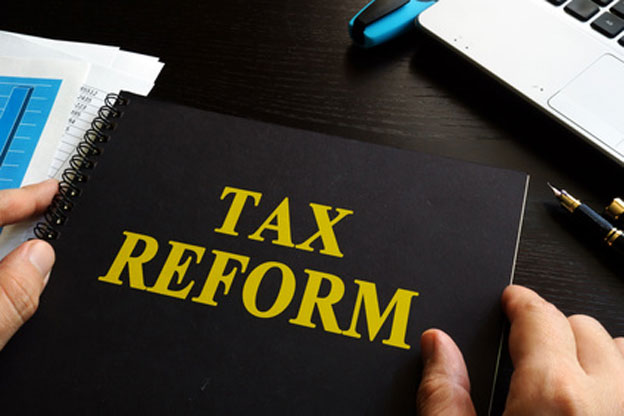 A new 30% flat tax rate will be introduced for investment income from January 2018, and a new version of wealth tax will only apply to real estate, lowering tax bills for many expatriates in France.

As part of his election campaign, President Emmanuel Macron promised various tax reforms, particularly on how investment assets and income are taxed. The aim is to encourage people to save more by simplifying taxation on financial income as well as aid business growth.

The draft French budget for 2018 was presented to Parliament on 27th September 2017. A balancing act of tax and spending cuts, it includes the promised tax reforms. The budget will now work its way through parliament before being approved at the end of the year, so changes are possible.

The main measure affecting expatriates in France are summarised below.

Investment income is currently taxed at the scale rates of income tax, but from 1st January 2018 it will become liable to one fixed rate of 30%.

It will only apply to investment policies over €150,000 (per person, so €300,000 for a joint policy), whether in an assurance-vie or not. Lower income households can continue to opt for the progressive income tax rates, so that they do not have to pay more tax under new system.

Note that for assurance-vie, the new system will apply to all policies set up on or after 27th September 2017, but the 30% flat rate system will not start to be applied to withdrawals until 1st January 2018. This is because the French Constitution states that 70 days have to elapse between the budget being proposed to parliament and it being approved.

While most of the reforms were expected, this early date for assurance-vie was a surprise. However, the flat rate can actually be more beneficial for individuals with a higher marginal rate of tax.

If your assurance-vie policy was set up before 27th September, the old fixed rate system is still available, as is the ability to elect to use the scaled tax system.

Policies held for more than eight years will continue to benefit from the €4,600 Prélévement Libératoire allowance (€9,200 for married couples / PACS partners).

Your assurance-vie policy will no longer be subject to wealth tax (see below).

There are no changes to the succession tax treatment of assurance-vie.

From 1st January 2018, wealth tax will be abolished and a new real estate tax will be applicable. Savings and investments, including assurance-vie policies, will be exempt from this tax.

If you own or are thinking of buying investment property, it may be worth considering moving the funds into capital investments instead.

The current threshold of €1,300,000 will stay in place; the wealth tax scaled rates will apply to property, and main homes will still enjoy the 30% abatement. The 75% limit will also continue to apply.

Social charge for all forms of income are increasing by 1.7%, as follows: