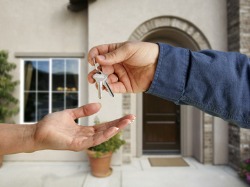 Many people who leave the UK to set up home in France will keep their UK property, either as an investment or as a route back to the UK, for those who are not entirely sure how they will take to the practicalities of life in France. It also offers flexibility and mobility in France for movers who are not fully decided on their preferred location for their permanent French home.

The question then arises as to how rental income from a UK property will be treated for tax when received by a French resident.

French residents are assessed for French income tax on their worldwide income. However, under the UK/France Double Tax Treaty rental income from a UK property remains subject to income tax in the UK.

The first requirement is to register with HMRC under the “Non-Resident Landlord” Scheme. Guidance notes for this scheme can be downloaded from the HMRC website. The basis of the scheme is that basic rate tax at 20% should be deducted from your rental income (net of allowable expenses) by your letting agent before it is paid to you. If you have no letting agent, and the rent is over £100 per week, then your tenant should deduct the tax. You are still required to submit UK tax returns to account for the income.

However it is possible to apply to have the rental income paid to you without tax deducted at source. This is done by completing and submitting form NRL1, which can also be downloaded from the HMRC website. If your application is accepted you will receive your rental income gross. However the income still needs to be declared in annual UK tax returns and will be taxed to the extent it exceeds your UK personal tax allowance. Where the rental income arises from a property owned jointly by spouses, then each spouse receives half the income ( unless you have formally elected otherwise) and each is eligible for a UK personal tax allowance to offset against the income received.

It should be noted, however, that the UK government is currently consulting on whether the personal allowance for non-residents should be restricted.

UK rental income received needs to be declared on French tax returns and is assessed for tax in France. However, under the UK/France Double Tax Treaty tax is not paid twice.

Whilst this system of providing a tax credit basically means that your rental income will not be taxed for income tax in France and ensures that the same income is not taxed twice, UK rental income is still taken into account to determine the rate of tax payable on other income received in France, such as UK pension income, which may be pushed into a higher French tax band.

However, it would seem that many tax offices in France are still incorrectly calculating the tax credit due and are looking to impose ‘social charges’ on UK rental income. We have seen agreement from the French tax authorities that no such taxation should apply to UK rental income, and to our knowledge all those who request reimbursement have received a positive response. However, this message does not seem to have filtered down to all local tax offices!