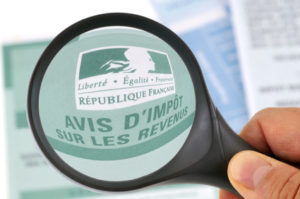 Have you thought about how much tax you will pay in France when you sell shares and other investments? There have been a number of tax reforms over recent years, including how investment income is taxed, so you need to make sure you are up to date on the rules and rates.

Whether you are thinking of moving to France or already live there, you should seek advice to make the most tax-efficient arrangements for your investments.

Investment income, such as capital gains on the sale of shares, is added to your other income for the year and taxed at the progressive rates of income tax.  Income tax rates for 2016 (payable on 2015 income) remain the same as last year, though the income tax bands for each rate have increased slightly.

Remember, in France you are taxed as a household not as individuals. There is an additional exceptional tax (meant to be temporary) of 3% or 4% for income over €250,000 and €500,000 respectively. The thresholds are higher for families.

Therefore, if you are resident in France, when you sell shares and securities, you add the gains realised to your other income for the year and apply the scale rates of income tax.

There is some good news. Investments held for two to eight years benefit from a 50% relief, while those held for over eight years receive 65% relief.

Although this taper relief does not apply to social charges (see below), it still presents an opportunity for people who have successful share portfolios.  You can apply the 65% discount to release long-term investments, and move the capital into more tax-efficient structures. You would need to seek personalised, specialist advice.

Note that you cannot necessarily escape French capital gains tax by leaving France.  An exit tax may be levied on unrealised share gains made by individuals who have been resident here for the six years during the preceding 10 years before leaving.  Again, gains are taxed at the scale rates, plus 15.5% social charges, and the normal taper relief rules apply. The tax only applies to the portion of the gain accrued when the individual was resident in France.

The tax charge arises the day before the individual leaves France, but there is provision for deferral of payment where the individual moves to certain countries, including EU and European Economic Area member states. The deferral of payment ends and the tax becomes payable when shares are sold, repurchased, reimbursed, cancelled or, in certain cases, transferred by gift

However, the exit capital gains tax and social charges liability will be cancelled (or reimbursed if already paid) if you keep the shares for 15  years following your departure from France or if you move back to France and still hold the shares.

Social charges on investment income at 15.5% are added on top of income tax.

It looked, briefly, as though Form S1 holders may no longer have to pay social charges on their unearned and investment income.  This was following a ruling by the European Court of Justice (ECJ) that France could not apply social charges on people subject to social security in another EU member state.

However, the French government has now amended its social security law, so that social charges will be paid to a non-contributing fund, and so are outside the scope of the ECJ ruling.  So all French residents need to pay social charges this year on their investment income, even if they have Form S1.

If you unduly paid social charges on unearned income in 2013, 2014 and 2015, you are still entitled to a make a claim to recover the tax. The deadlines for the different incomes can vary, so seek advice from a specialist tax expert.

Your investments (the total amount rather than the income) would also form part of your worldwide assets for wealth tax each year.  The value of your household’s assets is added up each year and, if it is above €1.3 million, it is subject to tax.

New arrivals in France benefit from a five-year ‘wealth tax holiday’ on assets outside France, so with careful planning you can arrange for your investments to be held in arrangements outside France. If you are affected, seek advice on how to lower this tax liability.

The taxation of investment income can be complex, particularly where two countries are involved. It is important to take specialist advice to ensure you make the most of the opportunities and do not pay any more tax than absolutely necessary.