So You Can’t Pay Your French Mortgage 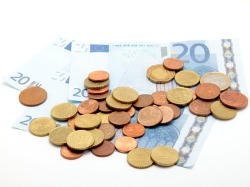 It’s a mistake to regard a mortgage as an asset, but many people do. The word mortgage comes from old French, meaning ‘a dead pledge’ i.e. one that dies when the money is repaid or the property is seized by the lender because the borrower has not paid on the due date.

For many years, mortgages were hot topics of conversation at dinner tables and colour supplements buzzed with news of the best loan deals and the rise in property values. That each was linked to the other no-one cared, so long as the carousel kept turning and you jumped off at the right time.

Ten years ago, many of those who had speculated on property in the UK and had become cash and/or asset rich started to purchase abroad to provide themselves with a pension pot. They borrowed money from the banks to invest, sometimes unwisely.

The French leaseback scheme was tax efficient if the properties in the development were properly managed and the rental stream came in as predicted. But, it was always going to be a long term investment. The failure of the management of some leaseback resorts has caused financial losses to UK investors who had taken 100% mortgages from French banks to finance the acquisition and needed regular rental income to make the monthly mortgage repayments.

The current position, resulting from the global recession, is that no sympathy is given to those who cannot honour their agreement to repay the French bank. If arrears build up for three months (i.e. 90 days) the French lender will not hesitate to commence repossession proceedings in the local French court. There is no leniency for British second home owners in France.

This 90 day default rule implements a recent EU Directive applicable to all banks in the EU that have advanced a loan and taken a property as security. It is likely therefore that UK banks which currently allow arrears to accrue for up to six months (180 days) are now likely to take action after 90 days to come into line with the rest of the EU.

There is an underlying expectation in the UK that banks should show consideration for borrowers who find themselves in difficulty and should treat them gently. However, that’s not how it is seen in France. The mortgage deed entitles the bank to repossess if the loan is not repaid and the French banks have no qualms about doing just that.

The French banks will not entertain excuses such as that you have lost your job or that profits from your business have turned into losses.

It is evident that those who can’t pay their mortgage instalments can’t pay off the capital sum either. The French Court will be asked by the Bank to order that the property be sold at auction. The sale price achieved will rarely cover the outstanding capital plus interest and costs.

As a result, borrowers are at risk of being sued for the balance owed to the Bank in their home country and this could in turn lead to the bankruptcy of the borrower.

So what can be done to avoid this happening? It is no good ignoring the requirement to pay the mortgage instalments. An early approach to the bank is essential to see if some leeway in payments will be permitted for, say, three to six months. It is equally crucial that the borrowers take immediate steps to put the property on the market for sale.

A good team of professionals then needs to be put together, consisting of a French estate agent who will actively market the property, an Avocat (a French lawyer who deals with disputes) to negotiate with the bank and its lawyers and a proactive Notary to handle the sale efficiently once a buyer is found. They need to work in harmony and ideally should all be based near the Court within whose jurisdiction the property is situated. The intervention of a UK based solicitor and French law specialist can be useful to link the various parties together.

The above is best practice, but in our experience, under the stress caused by money problems, few clients are able to make the right decisions. Failure to answer letters from the bank, from the huissier (a court official similar to a bailiff) or from the Court can be disastrous. There is absolutely no point in British borrowers writing to the French bank accusing it of lack of customer care by threatening to take possession proceedings.

Last year our office was approached by a family at the last moment. A date had already been fixed by the Court for the sale of the property at auction. Our clients had ignored the letters from both the court and the bank as they did not understand them (they were in French, of course). They had hoped the problem would just go away and admitted that they had buried their heads in the sand.

With our help, an appeal was lodged and the court agreed to suspend the procedure for a sale by auction so that a private sale could take place. A team of experts as mentioned above was put together urgently, the property was sold on the open market and the bank recovered the major part of the debt owed to it by our clients. There is still a shortfall however which our clients owe to the bank.

Our clients are currently waiting for the bank to produce a payment plan covering the outstanding monies and once it arrives, our clients know they must adhere to it so as to repay the debt in full.

Inevitably, the expense of taking the proactive steps mentioned above has to be taken into account. A budget of €10,000 should be anticipated. The aim of course is to avoid a forced sale at auction (which invariably results in a lower eventual sale price) and hope for a sale on the open market at the best price achievable. The substantial costs added to the outstanding loan by the bank and its lawyers are sufficient reason for the action outlined above to be attempted, however late in the day.

Previous Article Tax resident in France: the advantages
Next Article The Art of Living in Provence

Barbara is a valued FrenchEntrée contributor on legal matters. She is an English qualified solicitor who studied French law at the University of Grenoble in France and has extensive experience of both English and French property law and procedure.