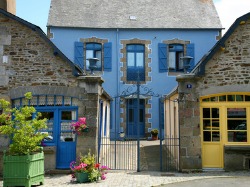 The legislation in France relating to trusts changed on September 2012.

Historically, France had not recognised trusts as a vehicle of asset ownership or protection. Indeed the English common law concept of a trust is somewhat alien to the French civil code, which is based on an entirely different legal system.

However, it is occasionally the case that trusts do own properties in France. This may be as part of highly complex tax reduction strategies, or by result of a person not having planned his estate ownership with sufficient forethought, such that an English Will trust would be constituted that so that it includes a French asset. It is worth commenting that in general such situations are to be avoided.

The aim of the new legislation is to impose a regime of declaration concerning the existence, modification or termination of trusts that have any involvement with France. That involvement could be the residency of a trustee or beneficiary, as well as inclusion of French situated assets.

Despite the fact that French law does now partially recognise the concept of a trust to some degree, it appears that the legislator was looking for ways of bringing trusts and trust assets into the scope of the French tax system, rather than establishing structures for making trusts a usual everyday method of structuring ones estate, as is the case in England and Wales.

It remains the case that ownership of property in France by a trust is going to be fraught with complications, and it would be very rare for there to be any benefit in holding an interest in any French estates or assets in this way. The Society of Trusts and Estate Practitioners (‘STEP’) is an organisation of specialist lawyers and various other professionals who deal with administration of estates and estate planning for private clients. It has a very wide ranging international section, where lawyers are able to seek specialist advice regarding the administration of cross-border successions. Despite even its name, STEP generally advises against the use of trusts in French estate planning for private clients.

Careful consideration needs to be given to any trust that has connections with France, as the legislation is extremely wide ranging. As mentioned above, the new law applies to all trusts where there are either any trust assets situated in France, or where any beneficiary of the trust is resident or domiciled in France. It applies in situations where, for example, there is a French resident beneficiary, even in the event that this beneficiary was never to have benefited from the trust. It may also apply to trusts constituted in Wills, if there are French assets comprised in the estate or if there is a French beneficiary.

The obligation now imposed is that all qualifying trusts must now be registered in France. The new law requires the trustees of any trust with French connections of this nature to file, in addition to any Wealth Tax filing obligations, an annual declaration providing details of the trust’s assets, their value, the terms of the trust and the beneficiaries. If the disclosure is required because the trust contains French assets, only those assets have to be reported. Alternatively, if disclosure is required because either the settler or any of the beneficiaries are French resident, the worldwide assets of the trust must be reported.

The deadline for filing the declaration will be 15 June in each year. That is the same date upon which non-French residents will have to submit their wealth tax and income tax declarations as well, should these be relevant.

Omitting to file the required information within the deadline will trigger penalties for which the trustees, the settler and the beneficiaries will be jointly liable. Failure to declare will potentially lead to an automatic tax charge being imposed. The penalty could be 10,000€ or 5% of the Trust assets – whichever is the higher, with the settler (that is, the person who created the trust) and the beneficiaries all potentially being jointly liable to pay the fine. There could also be an extra penalty – a withholding tax – of 0.5%.

If still alive, the settler will be liable to wealth tax on the trust assets. If deceased, this obligation passes to the beneficiaries. If not French resident, only the French situated assets contained in the trust would be liable to wealth tax. If the French assets have not been taxed as part of the settler’s wealth, a 0.5% tax charge will have to be paid by the Trustees. The Trustees are responsible for annual filing of the tax return and for paying the tax.

When initially passed, the new rules required that the declaration would be competed on plain paper, with certain criteria being included, such as the name and address of the trust (not that a trust would necessarily have a name and address under English law anyway…) as well as the details of the settler, the trustees, the beneficiaries, the assets. There is now a pre-printed form available for completion, although given the vast array of information that needs to be included, the form itself is not perhaps the most ‘user friendly’. It is now obligatory to use the specific forms to complete the declaration, rather than setting out the details on plain paper.

Ashton KCJ is authorised and regulated by the Solicitors Regulation Authority (Recognised Body number 45826) and by the Financial Services Authority.

Matthew is a partner at Ashton KCJ. He is internationally renowned for his expertise in French law and heads the firm’s French legal services team. He is a valued FrenchEntrée contributor and regularly appears on radio and television programmes as a guest expert on the legal implications of buying, selling and owning property in France. Matthew has lectured in French and English on cross-border legal issues and is a member of the Franco-British Lawyers Society.