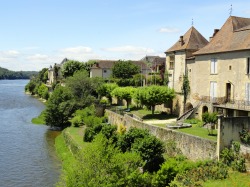 Where the English Speakers Live (and Where They Don’t)

Dordogne has a reputation for being full of Brits and according to official French figures, it has a UK expatriate population without equal in France. One of the reasons for this love affair with the Dordogne is that it is an amazingly beautiful region with many places to explore, lots of space, a great climate, wonderful architecture and a healthy property market.

For some though, the best reason to move here is that it is possible to live in this region and manage with very limited French language skills because of this high concentration of Brits, and for many years, the Dordogne has been dubbed “Dordogneshire” or “Little England” as in the eponymous recent TV series.

In fact, it is true that a few of Southern Dordogne’s towns have a very large English speaking population. It is the case of Ribérac, Bergerac, Lalinde, but especially Eymet, a small village where 30% of the inhabitants are English. 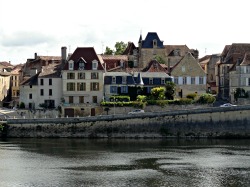 Several factors are the cause of such an influx of expat in that area such as Bergerac airport offering many cheap flights to the UK and thereby providing vital links with family and friends in the UK; local French banks offering banking services in English; a lot of services and businesses run by Brits; local newspapers written in English; and even the Tax Office in Bergerac offering help in English to expats to fill in their tax return. These facilities provide a security net to those Brits for whom learning French is just too difficult or until they have mastered enough French to integrate into the French population.

Therefore, although speaking French is considered cultural good manners, it is not essential and for those with no inclination or ability to learn the language, Eymet is an ideal place to live. Many of the shops and restaurants are owned by English speaking owners. There is a food shop specialising in British groceries for those needed ‘taste of home’ treats, the inevitable pub, and even a cricket team. Consequently, the village inhabitants have recreated a “home away from home” with a kinder climate and a better quality of life even if it then makes it difficult for them to integrate into French society. Other towns such as Lalinde and Riberac, the latter being so popular with the British it has a cinema showing films in English, offer great surroundings without the hardship of trying to integrate into a society without speaking the language. 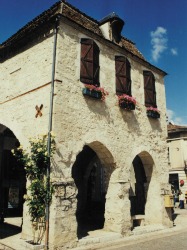 For those of you, who want to master the language and succeed in integrating within the local population, do not worry. There are still plenty of small villages and little town where there are fewer expats and where you can experience the real France and mix with the French community. In fact, the “real” France is not just about location, it is about a frame of mind and a desire to learn new customs and a new way of life integrating your dreams and those of the host country, enjoying a different life style in the process.

So, whichever type you are, lover of Moliere’s or of Shakespeare’s mother tongue, there is a place for you in my corner of the world, where you will find whatever you are looking for.