How to know your chartreuse from your p

This article has now been archived, visit the property zone for up-to-date articles.

It’s confusing enough when you look at estate agents’ particulars in a foreign language. You’ll soon find out that “renovated” may mean little more than the installation of a bathroom in the 70s, while “to be restored” is likely to denote a crumbling ruin. But the agents also use certain terms to describe particular types of house. Here’s a brief guide.

A “chartreuse” has little or nothing to do with the liqueur. It is a flexible and confusing name for a house that is usually on the larger size, and usually on one level only. If there is an upper floor, it is likely that the windows will be in a mansard roof. There may be towers at either end. 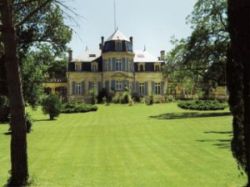 A “château” is similarly vague, and may at times just mean a very large house. Technically, a château has to be listed as such on the heritage register, but in fact the term is used to describe a wide variety of places. 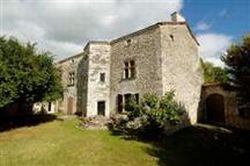 It may cover a fortified medieval castle, a Renaissance hunting lodge, a symmetrical eighteenth century structure or a whimsical fantasy constructed in the 1800s. Size and surroundings are usually the determining factors.

Dordogne Property Agencyhave this fairytale Chateau on their books which is currently being run by the owners as an up-market chambres d’hotes,(ref 1791) whilst Eymet Immobilier have one more in the style of a castle.(ref 1191) 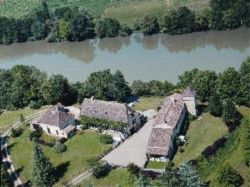 The exception to this arises in the wine-growing areas. Here the term “château” is used for the vineyard, regardless of the size of house. However, in many cases, a ‘chateau’ or substantial house with a vineyard is known as a ‘Domaine’. Dordogne Property Agency (ref 1959). 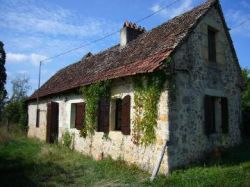 A “fermette” has become a term frequently used, but has little technical meaning. It describes a small farm, just as “kitchenette” denotes a small kitchen. And small will usually mean precisely that, with the house comprising two or three rooms. There may be a possibility of expansion into a neighbouring barn. 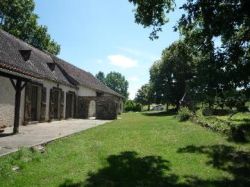 A “longère” is sometimes found as a description, although the term is used more frequently in the Charente. It means a long, single-storey dwelling, one room deep. Dordogne Property Agency(ref 2503) 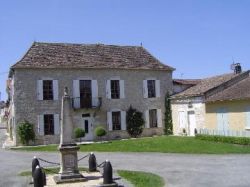 A “Maison de maitre” is used to describe a free-standing rectangular house, usually of two storeys plus an attic, often with a symmetrical façade. There may be three windows across the first floor level although five would be more usual to provide the slightly imposing appearance that is required of a “maison de maitre”. Dordogne Property Agency (ref 2495) 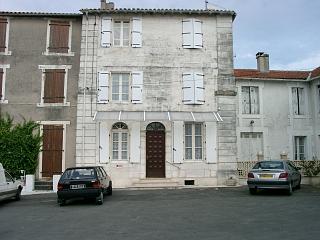 A “maison de ville” means any house in a town or village, although it usually indicates that the house in question is joined to others on one or both sides. Thus a house that would qualify as a “maison de maitre” if free-standing would more probably be described as a “maison de ville if not detached. Agence Aubeterre (ref 40316) 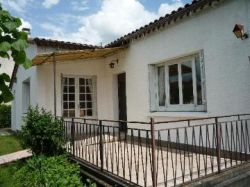 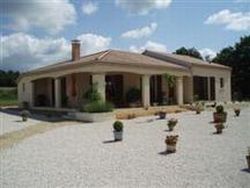 On the other hand, a “modern property” is usually of individual style with a good-sized garden. Eymet Immobilier (ref 1464) 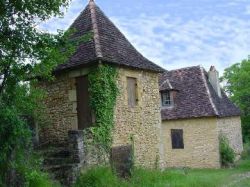 A “périgourdine” is used to describe the distinctive architecture in the eastern part of the department, particularly in the Périgord Noir. It means a house where the roof is steeply pitched, giving a Hansel and Gretel effect. The height from top to bottom of the roof is likely to be at least as great as that of the walls below, and if there is an upper storey the house will have dormer windows. Dordogne Property Agency (ref 1761) 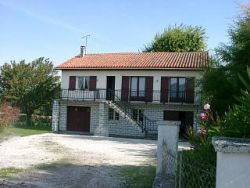 A “villa sur sous-sol” (sometimes seen as “maison sur sous-sol” or even “pavillon sur sous-sol”) is used to describe a type of house much constructed in the 60s and 70s, where the main living-area is on the upper floor, with the lower floor being used for a garage and utility room. One point to bear in mind with this style of property is that if the ground has been excavated to make the ‘basement floor’ (not in the case of the property pictured here) which usually consists of garaging and storage, and then built up at the sides and back to give access to the first floor. In some areas, over the years, the ground dries out and there may be subsidence problems. Have the property checked by a surveyor if you are concerned this might be a problem. Agence Aubeterre (ref 50335) 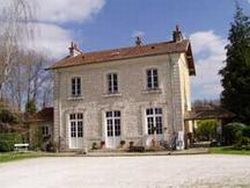 This attractive family home is The Station House, Eymet Immobilier (ref 0698). These are well built properties, usually situated at the edge of a village. Many disused railway lines are now being tranformed into public routes for walkers, cyclists and horse riders, so you could meet some interesting passers by as you sit outside your back door! Also along the railway line will be found a Crossing Keeper’s Cottage, which easily tranforms into a holiday home.

Hopefully this has given you an insight into the terminology used by estate agents to describe a property. Contact any of the agents above to find out more about the properties shown.