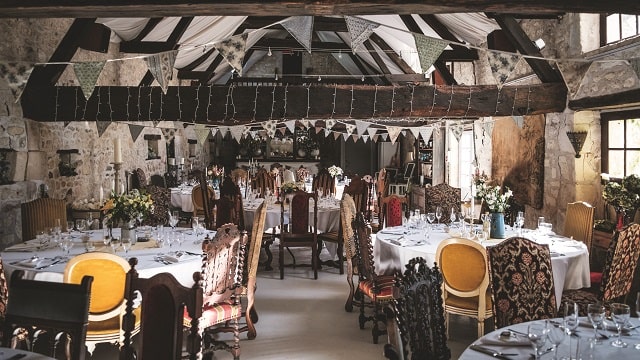 Armed with fabulous antiques, and tenacity, Rosemary and Richard Conquest turned a dilapidated 15th-century manor into a wedding venue ﬁt for royalty. Greg Cook has a nose around.

You know you’ve created something special when visitors to your new home in France ask if they can come back and get married in the grounds. This is exactly what happened to Rosemary and Richard Conquest five years ago. It not only heralded a new chapter in their lives, but also in those of countless other couples who now flock to be married at their breathtaking historic property, the utterly bewitching Manoir de la Foulquetière.

Named after the French baronial family that once owned the Conquests’ fabulous home, the manoir dates from the 15th century and sits in five acres of beautifully restored gardens, surrounded by a further 20 acres of equally charming wildflower meadows and forest, all set beside a glorious lake for good measure.

It’s a far cry from the bustle of north London, where the couple had previously lived, worked and raised four children. It was there that Rosemary ran her thriving antiques and fine furnishings business from premises in the heart of Islington, while Richard’s days were spent working as an economist in the City.

Their love affair with France began while they were still living in the capital, and many of the charming items adorning Rosemary’s shop front had been sourced at fairs and markets from Provence to the Loire. “Needless to say, Richard nearly always found the time to accompany me, and we came to love our brocante hunts across the country,” Rosemary recalls. “One of my favourite places to return to was the traders’ fair held every month in Le Mans. It’s just under two hours’ drive north of where we are now, and I suppose it’s how we were first seduced by the region.” 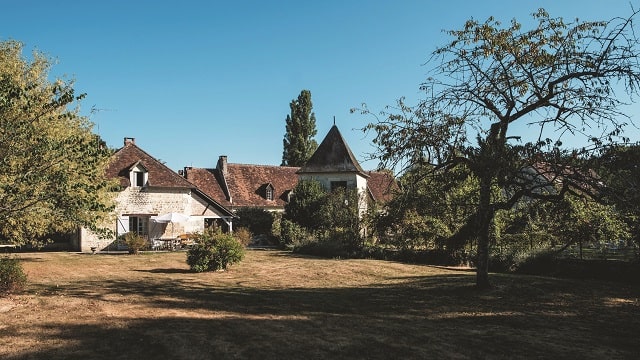 Not that being beguiled by this central area of the Loire is that hard a task. This is iconic, picture-book France. The manoir is located in the Indre département, where vineyards producing the local – yet world-famous – dry white and tannin-rich red Touraine wines, abound. While legendary châteaux such as Beauregard, Chaumont and the river-spanning Chenonceau are some of the equally famous Renaissance palaces and castles to be found virtually on the couple’s doorstep. Richard and Rosemary’s first move, however, was to Saumur, another charming historic town situated within the Loire-Anjou-Touraine Regional Nature Park and spanning the Loire river, where they lived happily for four years. It was only after their grown-up son Ben moved to the region that the couple decided it might be nice to find a property more local to him – and providence stepped in.

“As Ben was now living over here in the Loire, we thought it would be silly not to look for somewhere that was ‘just down the road’ so to speak, as well as find a place with better storage facilities, such as a modest barn or outbuilding, for my antiques and furnishings,” explains Rosemary. “These two fairly straightforward requirements ended up leading us to a truly magical location.

“In fact, it was Ben who got in touch with a local agent immobilier and broadly explained what we were looking for. They arranged for us to view three properties initially.” Rosemary continues: “Manoir de la Foulquetière was our first stop. We came through the overgrown grounds into the courtyard, and while we were still looking around the ground floor of the main building, Richard told the agent to please send our apologies to the owners of the next two properties as we wouldn’t need to see them after all.” 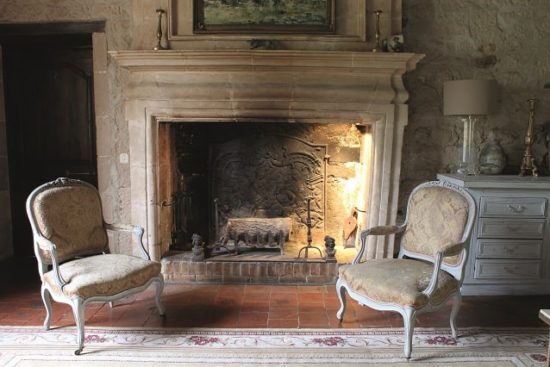 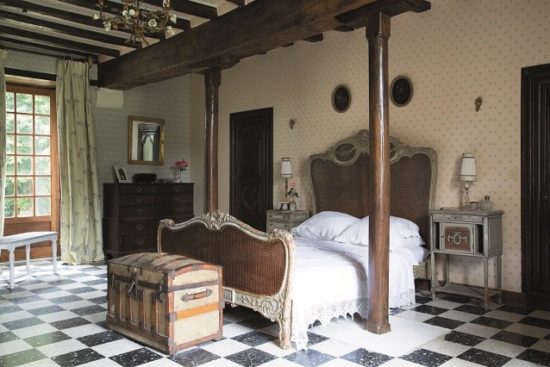 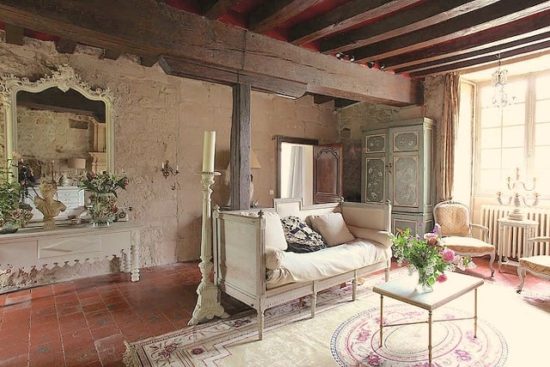 With hindsight, it seems a property that elicited ‘love at first sight’ and which a couple said ‘I do’ to virtually on the spot, was always fated to become a blissful wedding venue. Yet, to begin with, the idea didn’t cross Rosemary or Richard’s minds.

“There was certainly enough storage space here,” Rosemary laughs, “and in fact the previous French owner had also been an antiques dealer. There was so much more here – barns, outbuildings, and even a chapel, so the potential for creating some fabulous gîtes was there right from the start, and we decided that was something we’d really like to do.” Achieving that goal was going to take a concerted effort as the property and grounds were in a condition that could probably best be described as somewhere between unloved and dilapidated.

Yet the couple persevered, cutting back the shoulder-high grass to reveal beautiful railings that would need to be fully restored, while the fundamentals such as plumbing and electrics were installed and updated. Once the essential structural elements were completed, it was time for Rosemary to shine. She created a series of stunning interiors adorned with antique furnishings and artworks all perfectly attuned to their 15th-century surroundings. 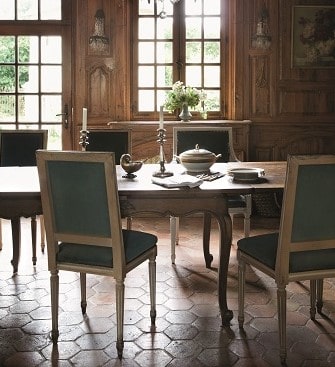 Having been inspired by the idea of running a modest B&B or gîte rental in 2011, the couple finally welcomed their first paying guests to an utterly transformed manoir in 2014. It was only a few months later in that first season that the seed was sown for the second chapter in Rosemary and Richard’s adventure at the property.

“We’d just said goodbye to a lovely English couple working in Paris who’d come down to stay with us, when they phoned up out of the blue and asked if they could come back and get married here,” says Rosemary. “We said ‘why not’ and then, as we thought about the grounds and the guest space we have – not to mention the private chapel dating from 1325 – the whole thing suddenly made perfect sense!”

Today the Manoir de la Foulquetière boasts nine lovely, en-suite rooms able to accommodate up to 30 people, two gîtes – the romantic two-person Le Pigeonnier, and three-bedroom Maison d’Amis – and three further six-person chalets. There’s also a fabulous timbered barn that has been converted into a reception space for 100-150 guests – all set within courtyards, lawns and a fragrant rose garden. The chapel (a monument historique in its own right) has been blessed by a Benedictine monk.

Over the years, the manoir has played host to both holidaying guests and a number of happy couples; not to mention their families and friends, all of whom have been beguiled by the classical romantic splendour so meticulously recaptured here by Rosemary and Richard.

However, the marriage between the Conquests and their magnificent estate is one that demands constant attention. Maintaining such exacting standards across a property this size is an ongoing labour of love. But whether it’s tending the grounds or making trips to antiques and brocante fairs in search of one-of-a-kind vintage pieces, it’s clear they relish every moment. 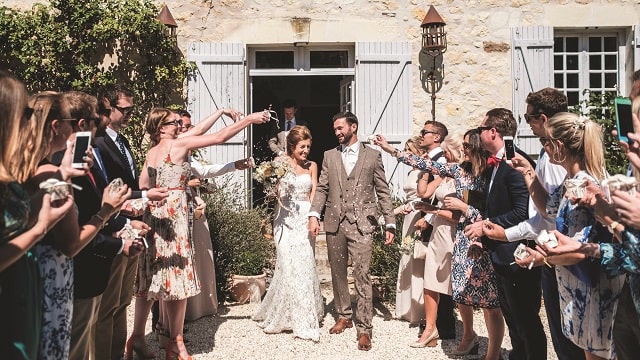