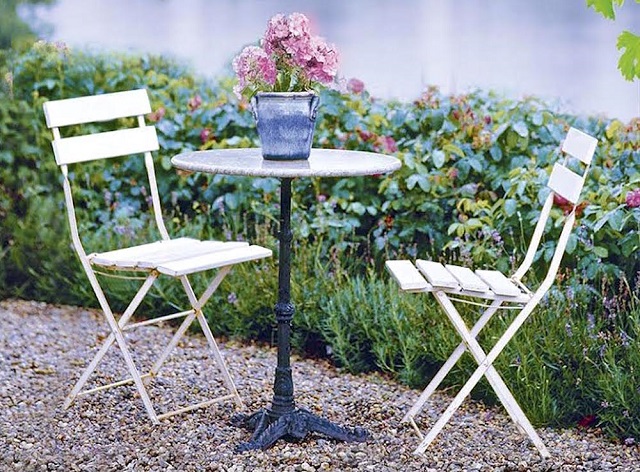 Is romance innate to the French sensibility, or can an Anglo-Saxon suitor be just as romantic, in his own way?

Just like that delicious comfort of settling down for a chat with a good friend – someone we see once in a while but with whom we can easily take up a conversation as if it was yesterday – so I find each book by author Julia Stagg. The story telling manages to lead us right back to the idiosyncratic mountain village of Fogas, where the colourful cast of characters already feels like family. I asked Julia if she would be kind enough to choose a little sample from one of her books to share with us. The following is an excerpt from “The Parisian’s Return”, volume two of the Fogas Chronicles.

In a crowded bar in the small commune of Fogas in the French Pyrénées, Parisian newcomer Fabian Servat, a novice in the ways of amour, has just revealed that he is in love with beautiful Stephanie Morvan. His revelation provokes disbelief, a discussion on love and some advice from an unexpected quarter…

René dropped his pencil and stared at Fabian in horror.
‘Are you mad?’
‘I’ve already had this conversation with him,’ explained Christian.
‘But… but… she’ll eat him alive.’
‘He knows.’
‘She’ll trample all over his heart and send it back to him crushed and broken like his bike.’
‘He knows.’
‘And no other woman will ever measure up afterwards.’
‘Like I said, René. He knows.’
René shook his head in despair, aghast at the future that lay ahead for the Parisian.
‘I can’t help it,’ Fabian exclaimed. ‘I’m in love.’
‘Bonjour!’ The door swung open letting in a gust of fresh air and the English auberge owner, Paul Webster. ‘Why you all are having long faces?’
‘Fabian’s in love!’ announced Josette as she got up to serve him.
‘And it is to make him unhappy?’ he queried. ‘But I am thinking the French are the expert lovers?’
‘Oh we are!’ boasted René. ‘It’s just Fabian that isn’t. And besides, he’s Parisian so he doesn’t count.’
‘So why is he like this?’
‘He’s in love with Stephanie.’
‘Stephanie?’ Paul’s voice rose an octave. ‘Our Stephanie? From the Auberge?’
Everyone in the bar nodded sombrely.
‘But she will eating him up!’
‘He knows!’ came a chorus of voices.
‘She will breaking his heart.’
‘He knows!’
‘And she will poisoning him with her cooking!’
‘What?’ Fabian looked up.
‘She can not cooking,’ Paul informed him, shaking his head at the memory of his one and only taste of her fare. ‘She is terrible.’
‘I didn’t know that.’
‘But none of this matters, no?’
Fabian shook his head.
‘Then you are really in love!’ Paul slapped him on the back, whether in congratulation or commiseration was unclear.
‘But how do I make her mine?’
René let out a bark of laughter. ‘Why are you asking him? He’s English! What do they know about love?’
‘You thought they knew buggerrr all about cooking not too long ago but now you’rrre down at the Auberrrge all the time!’ Annie retorted.
‘But this is different! Everyone knows the French are the most romantic nation on the planet. It’s in our genes!’ René smoothed his moustache and stuck out his chest, making Véronique choke on her beer. ‘Go on, Paul. Say something romantic!’
‘Five lengths of saucisson please, Josette,’ Paul said, his eyes dancing with merriment while everyone laughed.
‘See! He can’t. The English know nothing about love.’
Paul put the shopping in his bag and then turned to Fabian.
‘So, what am I knowing about love? Only that it is the most beautiful of dreams,’ he said, his rich voice silencing the room. ‘But the worst of nightmares.’
‘Oh, that’s lovely!’ gushed Josette. ‘Say something else!’
The Englishman took a moment to get the French right and then began again.
‘Love comforts like sunshine after it rains.’
‘More!’ said Véronique, her face alight.
Paul gave a flourish and then continued.
‘Love from one side hurts,’ he said as Fabian nodded furiously in agreement. ‘But love from two sides heals.’
‘Ahhhh.’ Josette clapped her hands and even Annie was looking misty eyed as Paul picked up his shopping to go.
‘And finally,’ he said. ‘The last of English advice.’
He put an arm around Fabian and spoke slowly, so as not to mangle the words written long ago in another language.
‘She is beautiful and so to be chased. She is woman and so to be won!’
He said his goodbyes and let himself out of the now silent bar as his French neighbours digested their lesson in love.
‘That was amazing!’ sighed Josette as she cleared up the glasses. ‘Who’d have thought the English could be so romantic? And to make it up just like that. Incredible!’
Paul, meanwhile, was walking back to the Auberge, wondering if his poor translations had caused Shakespeare to rotate in his grave. 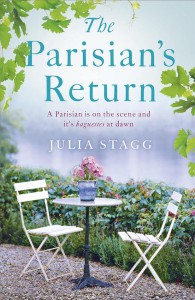 About the author:
Cursed from a young age with itchy feet, Julia Stagg has lived in Japan, Australia, the UK, the USA and France. While living in the stunning Ariège-Pyrénées region of France – where she ran a small auberge and tried to convince the French that the British can cook – Julia began writing a series of novels. Collectively known as The Fogas Chronicles, the books follow the lives, loves and machinations of a small mountain community. The Fogas Chronicles have been published by Hodder & Stoughton: L’Auberge, The Parisian’s Return, The French Postmistress and A Fête to Remember, as well as the e-book novella, A Christmas Wedding. The final instalment of the chronicles, Last Chance in the Pyrenees, is scheduled for publication in April 2015. Having done her bit for Anglo-Gallic gastronomic relations, Julia now lives in the Yorkshire Dales, and for a while at least, those feet have stopped itching…

Previous Article Where should you go skiing in France?
Next Article Languedoc Traditions: Jousting in Sète