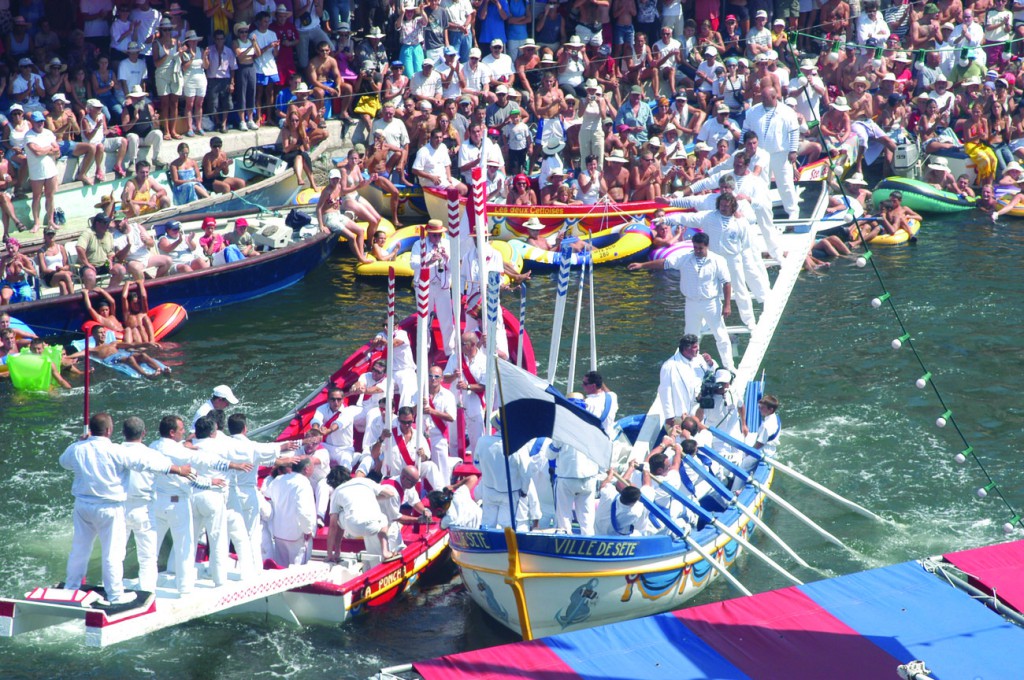 One Sètois tradition is guaranteed to jolt the Languedoc from the languor of midsummer days. Water jousting was a popular medieval sport in the South of France, first appearing in Sète in 1666, at the inauguration of the Canal Royale. Each August, the Gold Cup Championship is held during the the Fête Saint Louis, which attracts hundreds of spectators to the harbourside, where they sip rosé, slurp oysters fresh from the Étang de Thau and cheer on the competitors.

The joust itself is a sight to behold. Two highly decorated boats, each manned by ten rowers, approach each other in the water of the harbour, with a helmsman standing on a platform at each vessel’s bow, pointing a lance at his opponent. The aim – inevitably – is to knock the other into the water, to the sound of medieval music and the audience’s delighted applause.

● This year the Saint Louis’s Day festival, in which Sète’s jousting tournament is included, will take place from Friday 21 to Tuesday 25 August. For details please visit www.en.ot-sete.fr