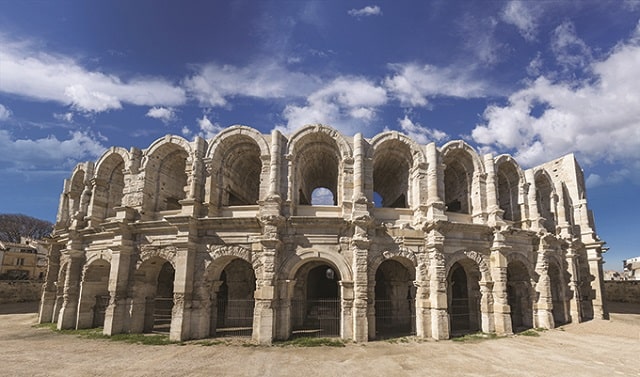 Provence is home to a rich ancient heritage, with some of Europe’s best-preserved ruins from antiquity. The Romans conquered the region in the second century BC and it was soon a focal point of construction and Roman society due to its prime location on the main trade route between Spain and Italy. Here are five places in Provence where the legacy of Ancient Rome is the strongest..

Julius Caesar founded a Roman colony in Arles in 46 BC, prompting the construction of a multitude of temples, thermal baths and other imposing structures, earning it the nickname of ‘the little Rome of Gaul’. The most prominent Roman structure to have survived is the Arènes d’Arles (above), built in 90 AD to host chariot races and bloody hand-to-hand battles, in front of an audience of over 20,000 spectators. Today, it draws huge crowds for its twice-yearly Feria d’Arles bullfighting festivals as well as for concerts and plays put on in summertime.

Aix was founded in 122 BC under the name of Aquae Sextiae and declared a Roman colony by Julius Caesar in 45 BC. Its thermal baths were developed 30 years later and its ruins remain, visible through glass panel flooring in the modern-day, luxury spa built atop the ancient baths. Spend a day at Thermes Sextius spa to enjoy the same mineral-rich spring water that the Romans once luxuriated in some 2,000 years ago. 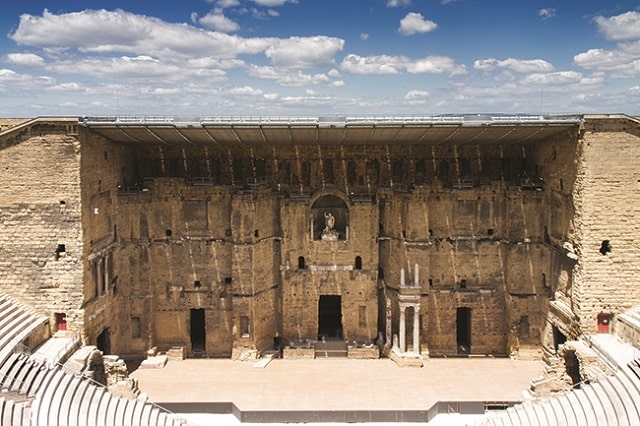 Designated a UNESCO World Heritage Site in 1985, the Théâtre antique d’Orange is one of France’s most distinctive Roman structures. Its magnificent stage wall is astonishingly well-preserved and still puts on operas and concerts today to 10,000 person-strong audiences.

Orange’s other main Roman relic is its Arc de Triomphe – an intricately carved stone arch dating from as early as 27 BC. At 20 metres high, it’s one of the largest arches of its kind still standing today.

Like Rome, this Provencal town is built upon seven hills, and was a prosperous metropolis during its Roman rule in the 1st century. The town’s Roman foundations were only discovered in 1907, and excavations revealed such an extensive network of ruins that ‘-la-Romaine’ was added to the original name ‘Vaison’.

Similar to Pompeï, the excavations here unveil the daily lives of their early inhabitants. Don’t expect the grandeur of the monuments in Arles and Orange, but do expect a rarely gained insight into Roman life. 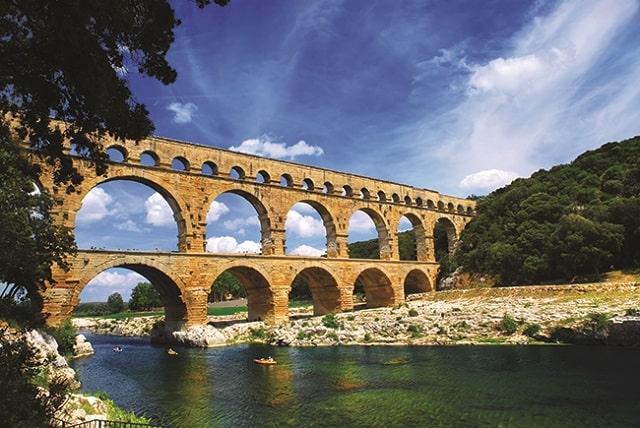 Technically in Languedoc-Roussillon, Nîmes merits a mention due to its strong historical ties with Provence and its magnitude of ancient heritage. Taken by the Romans in 121 BC, its most notable sites include the magnificently preserved Arènes de Nîmes, an amphitheatre based on Rome’s Collosseum, which was built to hold 24,000 spectators and hosts two annual bull fights today; and the Maison Carrée, the only completely preserved ancient temple in existence.

Lastly, one of the most important structures to have survived from antiquity: the Pont du Gard. The 50-metre-high aqueduct was built in the mid-1st century to transport water to Nîmes over the Gardon river below. A technical masterpiece that measures 360-metres across at its longest point, this work of art remains proof of the engineering prowess of the Roman empire.

Colours of Cézanne in Aix-en-Provence

Journey to the heart of Provence