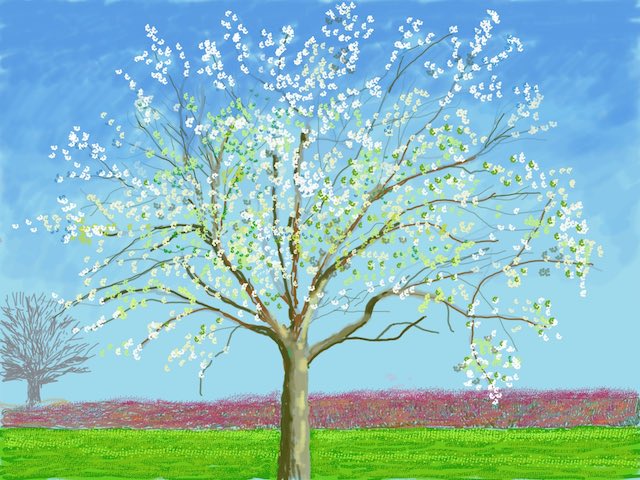 Artist David Hockney has shared exclusive iPad-drawn artworks with the BBC, which depict the awakening of spring in Normandy – where he is in lockdown with his dog and assistants.

Hockney, 83, says he hopes the ten brightly coloured images, nine of which have never been seen before, will serve as ‘a respite from the news’.

He told the BBC: ‘I began drawing the winter trees on a new iPad. Then this virus started… 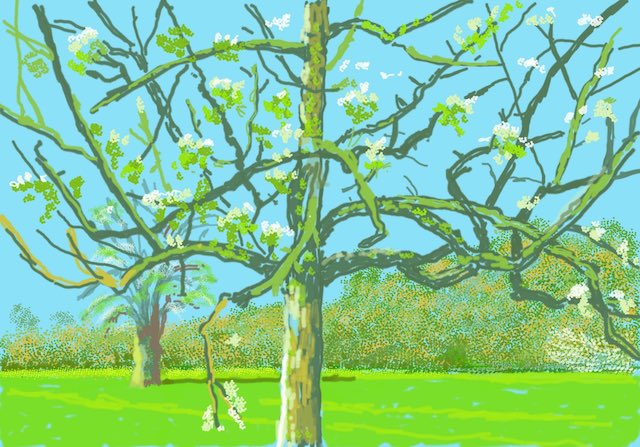 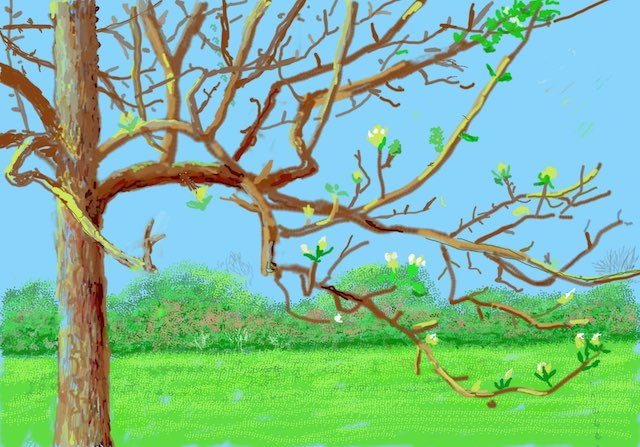 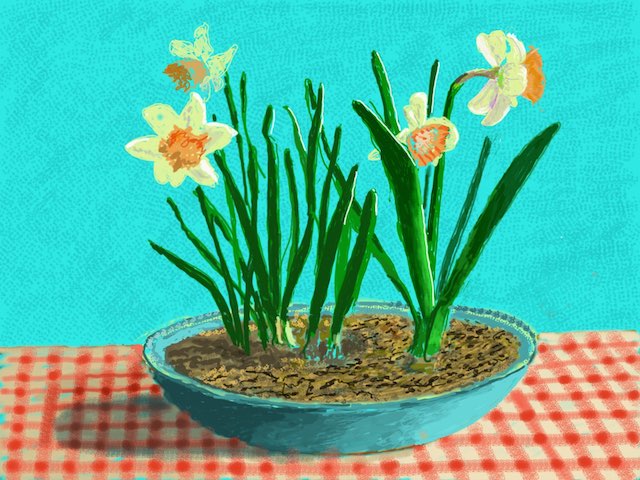 ‘I went on drawing the winter trees that eventually burst into blossom. This is the stage we are right now.

‘Meanwhile the virus is going mad, and many people said my drawings were a great respite from what was going on.’

He said he was attracted to Normandy because it offered a broad range of blossoms, with apple, cherry, pear and plum trees, as well as the hawthorn and blackthorn he had painted before. 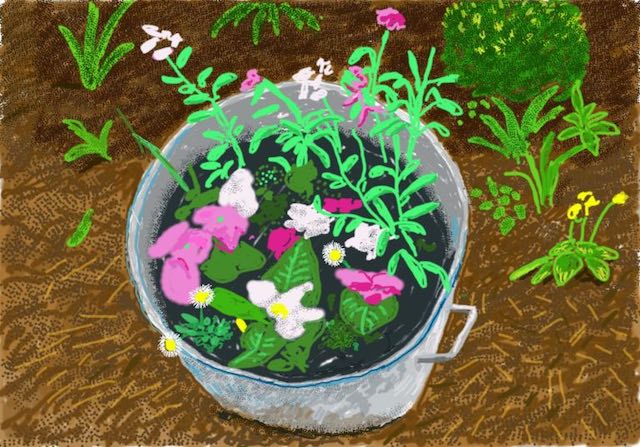 “We found this house with a large garden that was cheaper than anything in Sussex”, he wrote in a letter to Will Gompertz. They bought it, renovated it and built a small studio; and have been living there since early March.

Hockney also commented on the importance of love, food and nature in such times. ‘We have lost touch with nature rather foolishly as we are a part of it, not outside it. This will in time be over and then what? What have we learned? I am 83 years old, I will die. The cause of death is birth.

‘The only real things in life are food and love in that order, just like our little dog Ruby. I really believe this and the source of art is love. 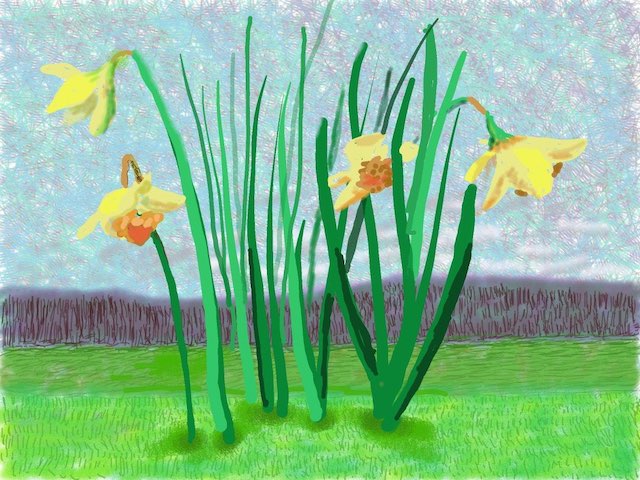 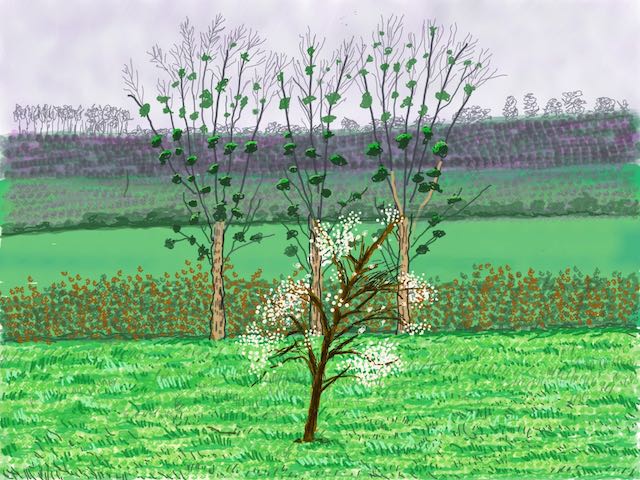 Previous Article Longing for Les Montagnes: Valerie’s Story
Next Article The Effects of Covid-19 on Property Sales – the Legal Situation