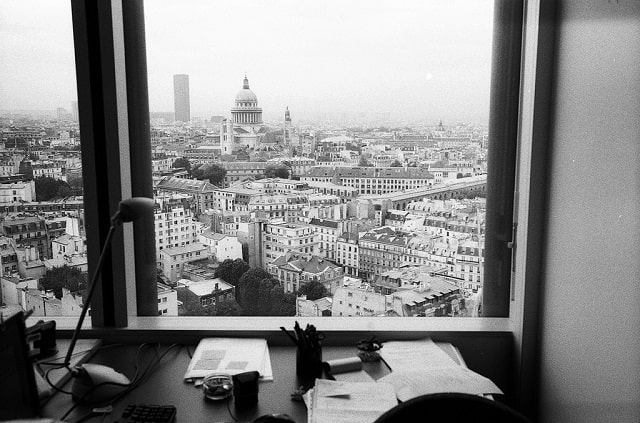 Understanding and succeeding at work in France
by Jeff Allen

Much has been written on the topic of the values and behavior of Americans, which I have used for giving seminars and classes on that topic to the French work culture over the years.

During the past 15 years I have lived, studied and worked in the corporate and business world in France, and I have been fully integrated into French culture through family, social groups and professional networks. This has allowed me to view the French society from inside, yet with an outsider’s perspective. Based on this experience, I will identify and describe some key elements that can often be perceived in different areas of French culture, ranging from the business world to volunteer associations to sports groups.

This article takes the perspective of a multicultural working environment, especially since this is typical for worldwide supplier/customer relations, local/international team supply chains and multinational projects.

The intent is two-fold:

1) to present to different cultures the potential strong and weak points of working with the French, especially understanding why the French act or behave as they do; and

2) to help French people understand underlying values in their culture that result in actions and behavior which seem to impact their ability to participate in collaborative efforts and teamwork with other cultures, especially within the context of international business relations.

There is no single perfect culture, nor would an attempt to create a perfectly unique harmonized one be reasonable. There will always be differences (social, regional, cultural and so on) to deal with. My aim here is to describe characteristics that tend to be found in French culture, and this can help others to determine how to work better with the French. What could be perceived as “weak” points in one culture can be seen as “strong” in another.

Strong Points of the French

The French focus on their degrees and diplomas and in many instances prefer to stay on unemployment or take additional training programs and wait to find a job rather than take just any job, as being unemployed can be quite lucrative. So, when working with the French, you tend to work with people who know their fields very well. In project working committees or even steering committees, representatives of French companies will usually be strong and competent technically and will be able to defend the technical aspects of the issues at hand. The underlying reasons for this will not be addressed here for reasons of space.

All job advertisements ask for two points, right? The applicant should be 1) autonomous and 2) capable of working in a team. Well, the French are good at working independently. This goes hand-in-hand with their technical competence. Working alone, in fact, comes from the French educational system, which from the early years of primary school instructs children to work by themselves and even against others competitively. Collective group activities are rarely conducted, and there is often a focus on independent and individual tasks and projects.

The French are good at thinking deeply on a topic and are usually not comfortable with just scraping the surface of topics and issues. All students going through the French secondary education system are required to take a philosophy course during the last year before receiving the Baccalaureat diploma, which is the equivalent of a high school diploma in the United States or O and A levels in the British system and so on and which contributes to this perspective of deep thinking. Children also specialise in a field of study for that degree starting around age 15 or 16, so they learn to focus on depth from an early age.

The French are creative, probably influenced by a long history of artists, and possess an avid interest to visit museums and artistic expositions. Their cooking, even among close friends, family and good acquaintances, nearly always demonstrates one’s ability to be creative. Inviting friends over for a simple, basic meal on a weekend for lunch or dinner is hardly ever practiced (except last-minute emergency situations) because one is evaluated on the presentation of the meal, even by friends. In many cases, people schedule such a meal well in advance to allow time to plan and prepare it. This can have an influence on the workplace in positive and less positive ways. The tendency to go in directions sparked by creativity, rather than stated requirements or necessity, will need to be managed, and the production energy will need to be channeled in optimal ways. It is important, however, to keep in mind that “intensive channeling” is easily perceived as a constraint.

If you present the French with project documentation and ask them to read it, they will not just read it but will usually come back with detailed comments. This critique-based mentality can be positive when asking them to make a proposal or to prepare a presentation, since they are accustomed to having their ideas being analysed and picked apart to the nth degree, which stems from the education system.

The French, in general, are used to working with shoestring and low budgets since much is government subsidised with the focus on making everything free and available for everyone. So, for the most part they are not often used to trying to obtain large budgets nor spending them; nor are they used to working with them on a regular basis. A commonly used expression, Système D(ébrouille) — the equivalent of the do-it-yourself (DIY) and do-it-your-own-way (DIYOW) mentality — is often even “expected” of senior personnel and managers at all levels to use. This can result in their being able to more easily adapt to and work with substandard budgetary conditions and restraints that other cultures might not accept.

Once a business or team relationship has already been established, the French are very relational. Much discussion among them happens during a meal, and so the meals tend to be long. This is very different from other cultures in which the meal is for eating food and then the parties go somewhere else to get on with work and business. Meals are taken very seriously. It is not a good idea to rush French people through their habitual one- to two-hour lunch period. Business deals among the French are often discussed and signed over a meal.

A piece of advice

If you do not like wine and if someone offers it to you during a business meal, do not refuse to drink it, but rather just pretend by lifting the glass to your mouth and touching the wine to your lips. This will bring you more success with the French than refusing outright to drink one of the primary national products. They also prefer face-to-face or at least verbal phone communication when they work together in existing teams. In other words, e-mail communication will not be sufficient to get your point across. If you want to make sure that the person really understands, you will probably have to use the phone.

Previous Article The beautiful music of Notre Dame de Paris
Next Article Will twinning associations be a thing of the past?