Looking for new friends in Burgundy? 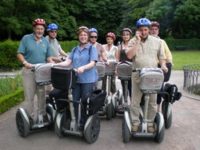 We first ‘found’ the Burgundy region ourselves some 20 years ago when we took a boat rental holiday on the Saone with some friends-little thinking that we would eventually fetch up here as residents. In the intervening years we had a number of house rental holidays throughout many regions of France but always seemed to end up coming back to Burgundy.

Six years ago we took the plunge in buying what was meant to be a lock and leave holiday home to regularly escape the madness of working in a fast changing Eastern Europe.

Finding a suitable property proved to be the first of many challenges. Apart from looking at the usual holiday dream wreck just crying out for conversion; we centered on something a bit more practical in a village close to road and rail links. We had tried the usual route of house finders in the region but suffered, unusually it would seem, in being shown everything we did not want but which they wished to shift off their books.

Having found somewhere that ‘ticked most of the boxes’ of our wish list it was not long before the ubiquitous dream of permanent residency in France kicked in and after spending increasingly more time of the year at the house we finally moved over here permanently last year.

The move for us was relatively seamless, having established many links and friendships locally during our ‘visiting’ years and like most people we have met who have moved over permanently, the local people in our village have been more than welcoming and the anecdotal dislike of the French for the Brit is just that. What would seem a key factor though for any successful change of home to France is the language.

Many UK people move over from a relatively urban environment to a very rural one and we have found that without sufficient language skills in French, day to day life could have been very difficult at the start and ultimately quite lonely. With some simple effort from us and great support from our local villagers that barrier was easily overcome; though will always remain a bit of a work in progress for a few years getting to grips with the local accent and patois not only of the village but of the Burgundy Region as a whole.

We had joined Burgundy Friends soon after its formation in 2004, as one means of speeding up our knowledge of the area and also importantly, a means of social communication whilst we acquired and developed our French language skills. Having worked overseas for over 20 years, I had found that periods of solitude in places like Siberia ( unenforced I would add) could be arduous and just to speak one’s own language from time to time became quite an important need.

The Association itself was founded with the simple remit of providing English speakers in the region with a platform to get together socially and from a business/commercial aspect; to provide a practical knowledge database of life in France and to assist people in the integration into their local community whether they are resident or not. A key aspect of our remit is the term English speakers, rather than English people. We have members from a wide variety of countries-USA, Canada, Australia, Finland, Holland, Germany and importantly France. What we are not is an expat club.

I took over the Presidency of the Association last year and with the support of our Committee (all of our administration is given voluntarily) we have embarked on a bit of a rebranding excercise.

Whilst we have members and registered users from throughout the four Departments of Burgundy, our traditional base has been Saone et Loire and with the new site we are looking to provide something for our members outside of the traditional base to try and be more inclusive and relevant to ALL our members. Like everything, this will take some time as we are a very broad church of members with a wide range of ages, interests, requirements, working or not and regional distribution.

This Gift Really Keeps on Giving: Christmas Fair in the Tarn