What Happens to Your UK Investments If You Move to France? 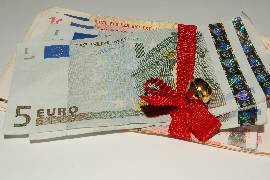 As a French resident you are taxed on your worldwide income, which includes UK investment income. The investments that are tax-efficient in the UK are not tax-efficient elsewhere, such as France.

Any interest or dividends that you receive, including those from PEPs and ISAs, will be taxable in France at the progressive scale rates of French tax (0% – 40% in 2009). For interest income you can alternatively elect to be subject to the fixed rate of 18%.

Dividends from companies based in the EU are taxed beneficially in France – the taxable dividend is the dividend received plus any tax credit treated as being attached to the dividend (this is 10% in the UK).

Any Premium Bond winnings will also be fully taxable in France at the progressive scale rates of income tax. These winnings are treated as interest in France, because you can reclaim your original stake.

You will have to report any UK investment income on your annual French tax return. The income will be subject to scale income tax rates of up to 40% plus social charges of 12.1% on the net taxable income from 1st January 2009 (previously 11%).

In addition, if you have any non-French bank accounts, you must declare each of these opened, closed or used during the tax year in question or face fines of up to €750 per undeclared account.

If you retain UK investments, any bank interest will only be taxable in France under the terms of the UK/France Double Tax Treaty. Therefore, you can arrange for any UK bank interest to be paid to you gross. This can be done using Form R105 from HM Revenue & Customs, or the bank’s own form, if they have one.

Some banks may not allow non-residents to have certain types of high-interest savings account, and you should check this with your bank before leaving the UK.

If you have dividends, those from PEP or ISA investments are not taxable in the UK, but those from other shareholdings and investment trusts will be. If your UK taxable income (i.e. not including income that is taxable only in France) remains below around £43,000 per annum, including the UK personal allowance, the 10% tax credit treated as being attached to the dividends will satisfy your UK tax liability on such income.

You can retain UK PEP and ISA investments if you move abroad, but you are no longer permitted to make any further contributions.

With these beneficial investments, in that same year, the taxable income would be just £250 (£5,000 x 5%), taxable at the same rates would be £65 – a tax saving of over £1,200. These investments avoid French succession law and can be useful in reducing French succession (and UK inheritance) tax on your death, and thus may well be worth considering.

Whatever you do, it is also important to consider the potential effect of currency fluctuations on your investments and retaining funds in UK investments may not be the most cost-efficient option, because if Sterling drops against the Euro, your investments are worth less and your income is worth less in terms of Euros – giving you less income to live on.

With thanks to David Franks