We’ve Partnered with the Federation of the Alliance Française USA 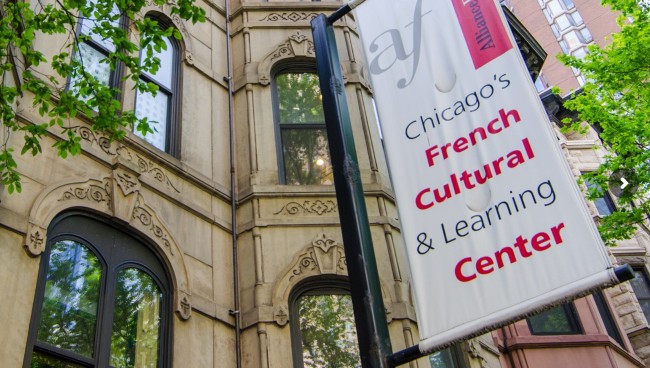 Exciting news for FrenchEntrée fans in the USA: we’ve partnered with the Federation of the Alliance Française USA!

We are proud to partner with the famous association, celebrating French culture and language. Always wanted to learn French? Keen to watch French film, enjoy French food, and socialize? Alliance Française is for you.

Founded in Paris in 1883, Alliance Française is a global network of 850 chapters in 136 countries on five continents. Over half a million students pass through their doors every year. The Paris headquarters on Boulevard Raspail is one of the oldest schools in France dedicated to teaching French as a foreign language. This is where the FLE (Français Langue Étrangère) teaching programme was first established, and today it’s the benchmark curriculum for learning the French language anywhere in the world.

If you’ve always dreamed of learning French– or want to polish the phrases you learned at l’école, to get on the fast track to fluency– follow this link to find an AF chapter near you.

Alliance Française continues to grow and develop in exciting ways. While it’s had a presence in the United States for 130 years, a new chapter has just opened in Portland, Maine, a state that’s seeing a renewed interest in the French language, returning to its French roots (a quarter of the population has French-Canadian heritage).

Alliance Française doesn’t just offer excellent language instruction. It’s also known for a rich cultural programme, hosting myriad events like Ciné-Club film screenings, photography and art exhibitions, literary rencontres with best-selling authors, and gastronomic festivals. In Washington D.C., there’s an annual fashion show called “Beyond The Little Black Dress” which has become a popular event in the District. In fact, the Alliance Francaise Washington D.C. has become renowned for its year-round calendar of French-inspired events, which draws the crowds for a dose of France in the U.S. capital. Concerts, food tastings, the “Beaujolais and beyond “celebration, French game night, lectures and more.

On the West Coast, you’ll also find an exciting events calendar in AF locations like Seattle, Silicon Valley, Los Angeles, and San Francisco, which was the first AF chapter in the United States, founded in 1889 after the Gold Rush. Language classes run the gamut from general courses to themed workshops on wine or film.

The beauty of enroling at Alliance Française is that you can start in one location– say Washington DC or New York—and transition seamlessly to another AF establishment. You’ll also find Alliance Francaise chapters all over France, like Lyon, Nice, Montpellier, and the magnificent Breton port of St Malo.

Previous Article Property Showdown: Orne VS Eure
Next Article Brexit and Your Money: Preparation is Key