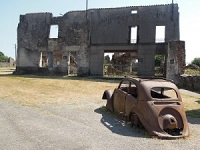 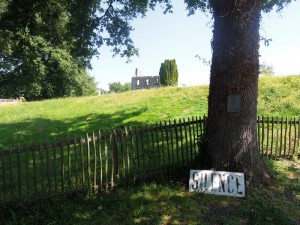 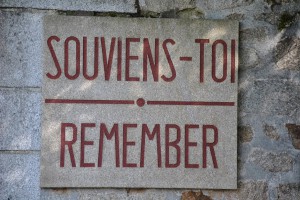 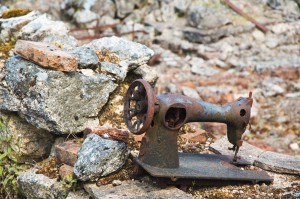 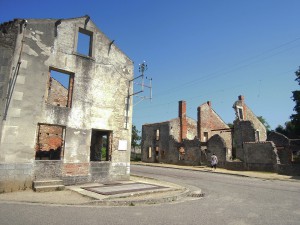 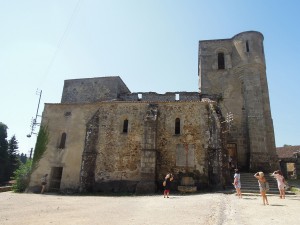 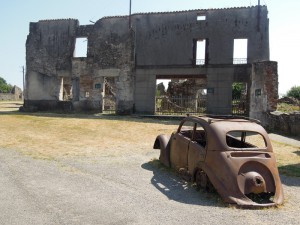 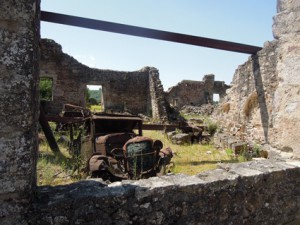 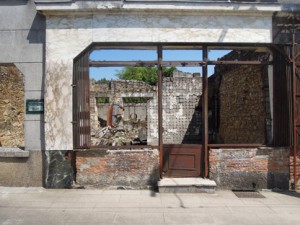 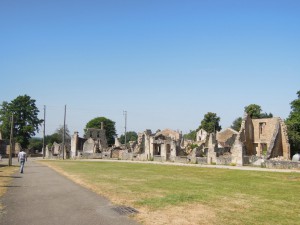 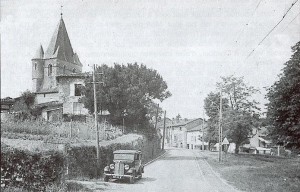 Thinking back to the day that I was finally able to visit Oradour-sur-Glane – I had been reading about it for years – what I now recall most vividly is the heat and stillness of that hot September afternoon. The ghostly Limousin village, virtually razed to the ground by the 2nd Waffen-SS Panzer Division Das Reich one Saturday in June 1944 with the loss of 642 lives, and ever since preserved in its eerie, desultory state as a living memorial, felt to me a place oddly at peace with itself – in stark contrast to the violence and mayhem that has come to define it.

The sign as you leave the brilliantly conceived visitor’s centre (housing a fine museum that will have your rapt for a couple of hours) requests, unsurprisingly, your respectful silence as you wander about the ruined community. Firstly, as you make your way down the main street to the loose collection of former schools, shops and garages, it’s as if you are in a modern war zone. But then the signs of the past reveal themselves…

There’s the wrecked frontage of the old butcher’s shop, jutting up like a rotten tooth. In the boulangerie you witness remnants of the oven that once provided the villagers with a daily loaf. Husks of cars, once elegant and grand, sit in permanent limbo, as per the wishes of then President Charles de Gaulle, who declared the village would remain a permanent memorial and museum (a new village was built nearby). He had first visited the ruins to meet some of the few survivors in March 1945.

Perhaps the most heart-rending of all the locations – the cemetery speaks for itself, while the hollowed-out primary schools point in the most horrifying way to young lives unlived – is the roofless church. It was here that German soldiers held women and children while the village was looted (men were lead to barns, where machine guns awaited). An incendiary device was lit and those that escaped were shot. Just one woman, 47-year-old Marguerite Rouffanche, escaped. Heartbreakingly, a rusty child’s toy lies symbolically before the altar.

There are so many stories to be discovered at Oradour, so many fragments of lives to piece together, and personal moments of reflection to be had. So if you find yourself in Limoges, it’s almost unforgivable not to pay Oradour a visit. In fact, I would go one step further and recommend planning an entire trip around paying respects to the bravery of these innocent players in a horrow show.

Visit the Limousin Tourist Board.

Click here for an exhaustive account of the preamble to the attack, the day’s events, its fall-out, soldiers’ trials and commemorations.

For information about visiting the remembrance centre, click here.