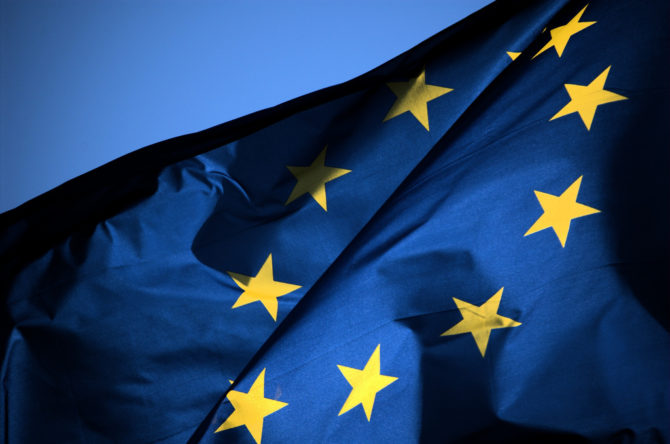 There has been much debate over the past couple of years about the new EU succession regulations (Regulation EU 650/2012, known as “Brussels IV”), that are due to come into force on 17 August 2015. The Regulations came out in 2012, initially to a fanfare anticipating that they could cure all of the perceived problems of cross-border succession. For it is a fact that whenever a person owns assets in another jurisdiction he or she may well be increasing the complexity of his or her legal and tax position.

The background to this is that French inheritance law is substantially different from the position in the UK. For example in France there are fixed rules of succession that do not exist in England and Wales. While these are often of little concern to people buying French property, they can give rise to unintended consequences, especially when considered in conjunction with the different inheritance tax regimes that apply in the two jurisdictions.

A large portion of the work we carry out for clients when advising on French law matters relates specifically to how they may be able to structure their ownership of the French property to ensure the most suitable (or perhaps least unsuitable) method of ownership. That clients are open to discuss how their French property may pass at the time of their death is good: it confirms that they have explored this topic enough to understand that caution must be exercised from the very outset to be sure all is well understood.

And so for the last year or so many of our clients have been asking whether it is now just suitable to invoke the new Regulations, electing to apply English law to their estate in France. We shall now have a brief look at the implications of the new rules, with a view to establishing our take on the current position.

It is important to note that the UK has not ratified the relevant Regulation, and is not therefore a party to it. It is generally accepted, though, that this will not prevent a British national from choosing to apply English law to his estate in France, should he so wish. This absence of ratification by the UK should only impact non-UK nationals, who will not be able to apply the law of their nationality to any estate they have in the UK; as such that does not concern us here.

But what will happen in France, when a British national dies leaving assets there? Some commentators have, before now, suggested that these new rules would cover all main concerns that may otherwise arise on death. Yet it is not clear that this is necessarily the case. A number of concerns still remain to be answered.

What is apparent is that a British national should be able to apply the law of their nationality to their estate in France. An important (but perhaps confusing) distinction is to be made here. The law of nationality for a British person is not always the same: there are differences, for example, between the law of England and Wales on the one hand, and of Scotland on the other. Indeed, while I am unable to comment in detail on Scottish law, being a solicitor in England and Wales, I am aware that Scotland has inheritance rules that include fixed rights of succession. Scottish-born British nationals should therefore take extra care.

Article 21 of the Regulations state that the law to be applied to a person’s succession is the law of the state of habitual residence prior to death. This can, though, be changed, in accordance with Article 22. The effect of this could therefore be that a person is able for example to elect to apply English inheritance rules to manage the estate in France. An election should be expressly confirmed in a Will. As an illustration of this, if for some specific reason a person wanted to ensure that his house in France would pass to two only of his three children, then choosing to apply English law to override the French fixed rules of succession could well help here (although there are instances under English law where the disinherited child may challenge that, so again care must be taken).

It is not, though, the panacea that some people may initially have thought. For one thing, it is only the rules of succession that change: the taxation status remains the same. That is to say that French inheritance tax rules will still apply to the devolution of any French estate. Thus while a person would be able to invoke English law to pass his house in France to an unmarried partner or to a step-child rather than to his own children, that legacy would attract inheritance tax at 60%. French inheritance tax rates vary depending on the proximity between the deceased and beneficiary, so a legacy to a ‘natural’ child would attract far less tax than a legacy to a step-child. Similarly a legacy to a surviving spouse would be exempt from tax, but anything left to an unmarried partner (or partner not subject to a Civil Partnership Agreement or a pacte civil de solidarité) would be treated as a gift to a stranger in blood and therefore taxed at 60%.

On a slightly more complex level, it is also not yet clear what exactly will be involved in choosing to apply English law to administration of the succession: is it just a case of understanding that we can effectively elect to leave our estate to anybody, without necessarily having to defer to the fixed rules of the réserve héréditaire? Or is the testator, in electing English law in his Will, also imposing upon the notaire administering the French estate an obligation to declare that everything is to be held on trust, by executors, until the succession is wound up? France does not recognise trusts as valid property holding vehicles, although it does require that any trust with a link to France must be registered. I am not sure that many notaires will relish the thought of referring to the Administration of Estates Act 1925 and other English legislation on trusts and trustees to understand how to administer a French succession.

In summary, much remains to be clarified. I was able to discuss all of this with a notaire recently, and we agreed that in all probability the answers will not all come out until they have been tested in the court, with a judge clarifying any concerns. That would require a challenge being brought to the administration of the estate of a deceased person who had elected to apply English law in France. It is reasonable to anticipate that such a challenge would arise, yet how it would be managed is another question: presumably it would have to go through the French court system, up to the highest level (the Cour de Cassation), and on to the European Court of Justice.
Those answers may be some way off yet.

In saying that, there are still instances where it is certainly worth trying to apply English law to an estate in France, and we have already advised many clients accordingly. However, before that choice is made, it is in reality imperative to make a detailed analysis of the situation. Frequently there will be perfectly suitable French estate planning structures already in existence, and that we know will work. If that is the case, we tend to recommend these first.

The information in this article is provided for informational purposes and does not constitute legal, professional or financial advice. These materials are intended, but not promised or guaranteed to be current and accurate. We encourage you seek the advice of an attorney or relevant professional before acting on any of this information. Any hyperlinks to other resources on the internet are provided as sources and assistance to help you find other sources that may be of interest, and are not intended to state or imply that FrenchEntrée, endorses or is associated with the information that may be contained in the links.

Matthew is a partner at Ashton KCJ. He is internationally renowned for his expertise in French law and heads the firm’s French legal services team. He is a valued FrenchEntrée contributor and regularly appears on radio and television programmes as a guest expert on the legal implications of buying, selling and owning property in France. Matthew has lectured in French and English on cross-border legal issues and is a member of the Franco-British Lawyers Society.