The Haute Somme: A Wealth of Heritage to Be Discovered 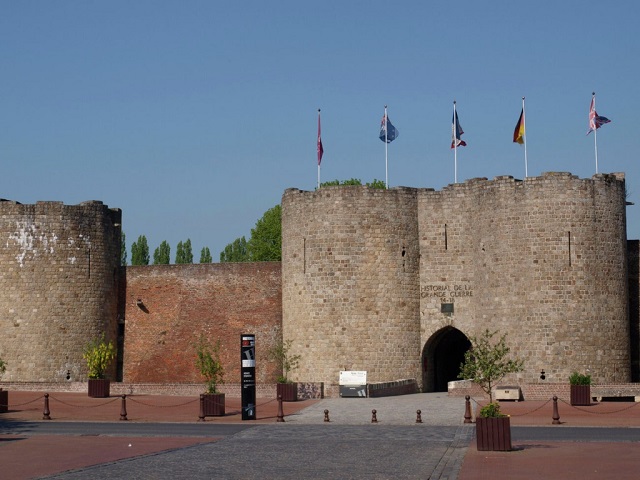 The Haute Somme’s varied landscape consists of a high meandering valley, dotted with lakes surrounded by lush greenery and starting points for pleasant walks and bike rides. The historical legacy of the Great War is brought to the fore in this landscape, where the Battle of the Somme was fought in 1916.

Any visit to this area should include a trip to the Historial museum of the Great War or a Remembrance trail between the region’s monuments.

In Péronne, the internationally renowned artist, Gilles Clément, is creating a landscaped ‘global garden’ next to the Historical Museum. Moulded into the shape of five of the world’s continents, it symbolises peace between nations and the coming together of younger generations from around the world. An ‘island of peace’ will be created alongside it, which will be adorned by plants laid there by members of the public.

The artwork aims to represent the victory of life over death, the strength of human bonds and the power of nature over destruction.

Seeing history differently: Péronne and the Historial of the Great War

For 20 years the Historial de la Grande Guerre, the internationally renowned war museum, has been bringing the First World War to light in all its scale and its humanity. It presents a unique look at the daily life of soldiers and civilians, as well as testimonies on the horror and suffering brought about by warfare.

From 2014 to 2018, the Historial is going to revisit its permanent exhibitions, enriching its displays, opening new spaces in Péronne and Thiepval, and developing its historical trails exterior to the museum itself.

Previous Article Strong Demand for Ski Properties: MGM to Ramp Up its French Alpine Construction
Next Article Is the French work-life balance under attack? [poll]