What Mardi Gras Means in France 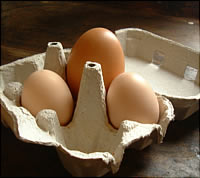 People around the world have celebrated this feast day with carnivals, parties, food and drink, since Roman times. Images of partying and street festivals are what we associate with the words ‘Mardi Gras’. France and Britain are a little more reserved in their revelling, but the French do enjoy day of feasting.

Mardi Gras is on the 24th of February this year and the French supermarkets are stocking up in preparation! Mardi Gras is celebrated in a similar way to Shrove Tuesday in Britain, which basically means pancakes! All kinds of pancake-based desserts, flour, and crêpe mixes are on ‘promo’, and each year stacks of them line the entrance to each shop. While lent is taken less and less seriously by the French, the business of eating cakes the day before it starts seems to be gaining importance!

Just like the British version, people traditionally use up all the goodies from their larder, in preparation for the long fast which would start the following day. These staples consisted of eggs, flour, butter, lard and milk, and pancake day was born! The difference is that the French have taken it further than simple pancakes, and serve up all sorts of desserts, and pancakes stuffed with rich fillings.

The French approach to drinking fizzy alcohol is very different to the British; they tend to have champagne/ sparkling plonk and weak, fizzy cider with dessert, rather than before eating. (Unless blackcurrant squash is added to sparkling wine, in which case it becomes a ‘kir’, and is drunk as an apéritif.) Consequently, lots of cider and sparkling wine are also on special offer, as it is another significant perk of Mardi Gras. Sounds like a better idea than a cup of tea!

…But the French have also got their own day dedicated just to pancakes! February the 2nd is Fête de la Chandeleur, which has various Christian, Pagan and Celtic links, one of which is with the god Pan (as in ‘Pancake’?), and Roman Parentalia. Falling 40 days after Christmas, this festival must have been incorporated into the British Pancake Day. In France, it is traditional for mother’s to cook pancakes for their children’s friends, and take their gifts in to school for them.