The Vineyards of Limousin

Although not immediately recognised as a wine producing region, Limousin has, from ancient times produced its own range of wines. Through periods of adverse weather and prolific diseases the production has fluctuated and at times completely disappeared but today the proud tradition of Limousin wine is alive well and going from strength to strength. 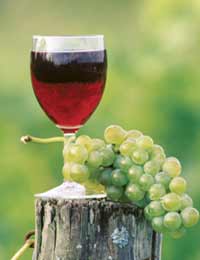 Relaunched in 1986 the wine growing area in Branceilles, South Corréze brought back a wine industry that once accounted for over 450 hectares, winning a bronze medal at the Universal exhibition of Paris in 1878.

The industry was decimated by phylloxera and a form of mildew and the land was used to plant walnut and trees for growing truffles as well as general mixed farming. It took over a century for the locals to have the heart to put back the vineyards that had been so devastatingly destroyed. A handful of farmers wanted to revive the old tradition, at the same time adding increased diversity to their existing farms.

Initial 20 ha of vines were planted on the unique terrain that gives the Mille et Une Pierres wines their distinctive flavours. There are now 8 farmers who form the cooperative and they look to obtain 20-40% of their revenue from wine production.

Pierre Perrinet is the president of the cooperative at Branceilles and says that there have been two major milestones since production in the area recommenced.

In 1990 production surpassed all of the groups expectations with production reaching an incredible 20,000 bottles but the celebrations were short lived as in 1994 adverse weather with heavy rain and snowfalls led to the group having to call in experts to help salvage the ailing crops.

Production is now back on track with an average of 180,000 bottles produced each year, 45% of which is sold directly from the cooperative, the rest going via supermarkets and merchants.
The cave currently receives around 15,000 visitors a year.

The Mille et Une Pierres range of wines is produced over 45 ha and the producers are expecting a bumper crop from 2009 after some great weather conditions. The producers are also looking to further extend their product range after turning 6 ha of their vines to organic production. 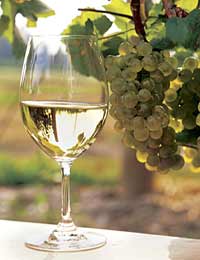 This wine gets its name from the method of drying the grapes on racks of straw. The grapes are dried and pressed usually just before the Christmas period. The reduction of water in the processing concentrates the sugars and flavours giving a unique flavor to the finished product.
The grapes are grown over 30 ha in the cantons of Meyssac and Beaulieu sur Dordogne.

The origins of this wine can be traced back to the middle ages.In 1831 producer François Planchard de la Corrèze at Brivézac was a keen supporter and promoter of the beverage that he declared shone like gold. The wine does indeed have a distinctive gold colour and is popular as an aperitif, often served with a good foie gras.
Currently the Syndicat Vin Paillé de Corrèze is presided over by Jean Mage. The syndicate was created in 1997 in order to ensure that this wine steeped in history and tradition was preserved. The group produces around 50,000 bottles per year with each bottle taking at least 2 years to produce. The specialist production method used does however mean that the syndicate receives a premium price for their produce. 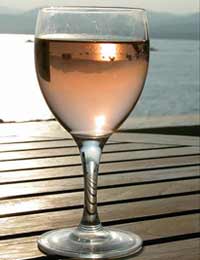 This Haute Vienne wine dates back to the 16th century and by 1780 was being produced from 270ha which was 20% of the farm production of the area at the time. Like most of French wine production it was ravaged by phyloxera between 1870 and 1890.

It was not until 1990 that the area replanted vines in what started as a nostalgic gesture by the locals. The initial idea was to produce enough wine to supply the tables on the commune’s festival days. Jean-Claude Lacan is the current president of the association of friends of Rosé de Verneuil.

Jean Pierre Pastier currently runs SCEA Les Vignerons de Verneuil where 3.5ha are dedicated to vines in what is an ever growing venture.
There is a scheme in operation where one can purchase vines and in return receive a shre of the profits.

The first 300 bottles of Rosé was produced by the group in 1998 when it was awarded a “vin de pays de Haute Vienne” title. Unfortunately the wine is currently only accredited as a vin de table , a situation that does not satisfy Jean Claude Lacon.

To acquire a higher status the wine needs to produced on site so a new production facility is currently being installed which should be ready in 2010.

Production quantities are very dependent upon the weather with a good year yielding around 18,000 bottles falling to 10,000. As 2009 has been such a good year the group are hoping for the 18,000 mark.

You can find contact details for the Verneuil Rosé here