Visiting a Calvados distillery in Normandy 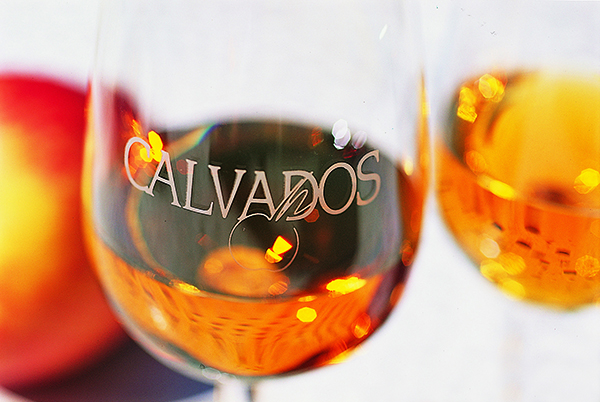 Upon arriving at the Calvados Boulard distillery, Clémence,  my glamorous guide, eases open its heavy door with a suede-gloved hand. Two lines of copper alembic pot stills, fixed on red-brick bases, glint  under fluorescent lights. These vast containers date back to the 1970s and were previously used to transport Calvados around Coquainvilliers. Today, they’re pristinely polished and sustaining the double distillation techniques that have produced brandy here since 1825.

Distillation begins in November and continues for 24 hours a day, six days a week, until May. I’m visiting the evening before the first day of the season and am disappointed to realise that I’ll miss out on the sights, sounds and smells of the active distillery. Clémence describes the noisy hum of the boilers which heat the specially made apple cider that’s the brandy’s base. The temperature in the distillery remains at around 30 degrees celsius throughout the seven-month season, the boiling process consistently emitting the comforting scent of freshly baked apple pie.

The transformation of ordinary apples to world-class brandy is a precise process: four varieties of Norman apples are harvested between September and early December, to provide an exact balance of bitter, bittersweet, acidic and sweet flavours. These apples are inedible, and Clémence smilingly admits that eating a bitter cider apple is “a mistake that every child in Normandy makes at least once in their life.” In order for Calvados to qualify for AOC (Appellation d’Origine Contrôlée) labelling, all the apples used must have been farmed in the Pays d’Auge. 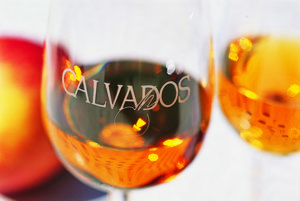 These are pressed and left in a vat for six weeks – two or three weeks longer than for normal cider – over which time all of their sugar content converts to alcohol. The result is a flat cider with a 7% alcohol content, which is then transported to the distillery and fed through pipes into the boiler.

The cider is heated for eight hours, with the resulting vapour evaporating into the head of the pot still and the heaviest, finest flavours condensing back into the boiler. The condensed liquid is then distilled for a further 12 hours, raising its alcohol level to 70%. It’s then stored in oak casks for several weeks to oxidise, which decreases the alcohol content to 60%. The age of the cask determines each drink’s character – younger examples possess stronger tannins and the size of their wood grain defines the resulting woody and fruity notes. Some 2% of the Calvados evaporates during this time and is described by the Boulard family as the ‘angel’s share’ –
or perhaps more aptly, as Clémence cheekily adds, the ‘devil’s share’.

As we settle in for a prolonged tasting session, the spiced, woody and fruity variations certainly possess both angelic and devilish properties – this molten amber’s smoothness can betray its fiendish alcohol content. It’s undeniably a tipple that compels class and elegance, and one that happily shows no sign of losing its universal and local appeal. Santé!

Normandy know-how with Calvados and Pommeau